They have been enjoying the Netflix streaming service, who has characterized himself during all these years, for offering original content, which has led him to be the leader of this branch of services. Well, thanks to this content, it has managed to accumulate a fairly large and strong community of users.

However, as expected, over the years Netflix would not be alone. And now there is another possibility for enjoy movies and series of excellent quality. This new option is through Amazon Prime, who offers extensive programming through a own productions catalog, and one benefits series well worth it compare to Netflix.

This is why, then, a great uproar was created with the Amazon Ad Prime Videobecause this will be the competition direct from Netflix. However, this platform has many more years in the ring. So its users investigate very well the features and benefits offered by Amazon Prime, to be able to make a decision. What is true is that Amazon It is going slowly but very surely. Offering Lower rates and an excellent programming catalog.

Amazon Prime Video and Netflix What is the history of both platforms?

Amazon Prime Video and Netflix have become is two of the best streaming platforms currently, achieving a large number of active users who use each of their platforms and in turn offer them a very wide catalog of programming.

This is how taking into account the importance of both platforms, Here we are going to show you how the origin was and how the history of each one has been:

Netflix was created on August 29, 1997, in California, United States. Its founders are Reed Hastings and Marc Randolph. The history of the origin of this web portal is characterized by being quite curious, since the idea was born after Hastings I decided rent a movie from the well-known Blockbuster video store chain.

For the time one of movies that were trending "Apollo 13". With the rental of this movie something funny happened, Reed did not perform the return of the tape within the established period. And as a consequence, he had to cancel a $ 40 penalty.

This penalty brought to Reed hastings, to think about what would happen if there were the possibility of having a electronic system for movie rental, and that of course this system will not carry any type of sanction. And that's how Netflix was born.

Initially, users had a virtual catalog in which they had the possibility of rent a movie and once they returned it they could order another one. But this did not turn out to be something so innovative, so lto true Netflix revolution came from the moment it was possible viewing content in streaming. 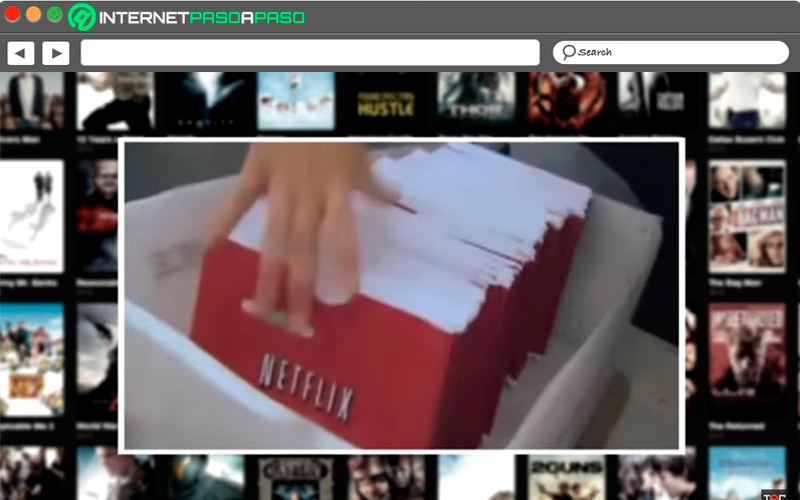 Since then, Netflix It began to grow much more year after year, so much so that in 2011 they decided to bet on creating their own content. From this new idea the political drama is born House of Cards, which was directed by David Fincher and starring actor Kevin Spacey, without a doubt, two heavyweights from the film industry.

After this great advance, to in 2015 Netflix began its expansion internationally, and thanks to this expansion it currently has almost 140 million users worldwide. In addition to being considered the market leading streaming platform, even though you already have competition to HBO and Amazon Prime, and in a short time will have as new rivals to Apple, Warner and Disney. 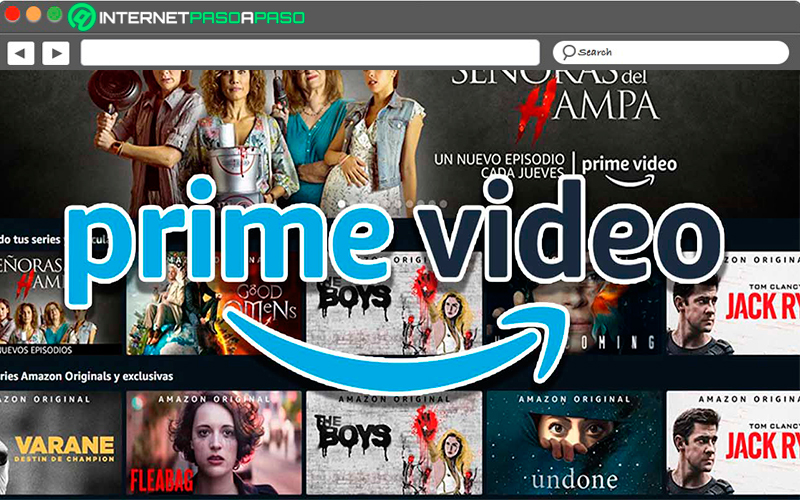 As we well know, Amazon Prime Video like Netflix is a video service through which users can enjoy streaming series and movies. It was created by Amazon.com in 2017, when Prime Video decided to launch its application to the public android smartphone.

An application that could be found perfectly in Google play and which will be enjoyed by premium usersThat is, those who pay a monthly fee for what they get short-term shipments, some free shipping, music, ebooks and streaming video.

When Amazon began to offer this new service to its users, the service does not took off, something that happened because it was due pay a fee of 88 eurosif you wanted enjoy the service. Obviously this was a very high fee, compared to other services with a similar characteristic. So very few decided enjoy the service. So the company was forced to change the policies and introduced to its service the modality of monthly subscriptions.

An idea that worked for The perfectionbecause they managed to the collection system was much friendlier to its users. And thanks to all the progress obtained under this modality, Amazon Prime Video managed to expand to allow it to take place a subscription only, with which users can enjoy all the services it offers. In addition, it is now available in more than 200 countries.

Netflix Features Why do many consider it the best VOD platform? 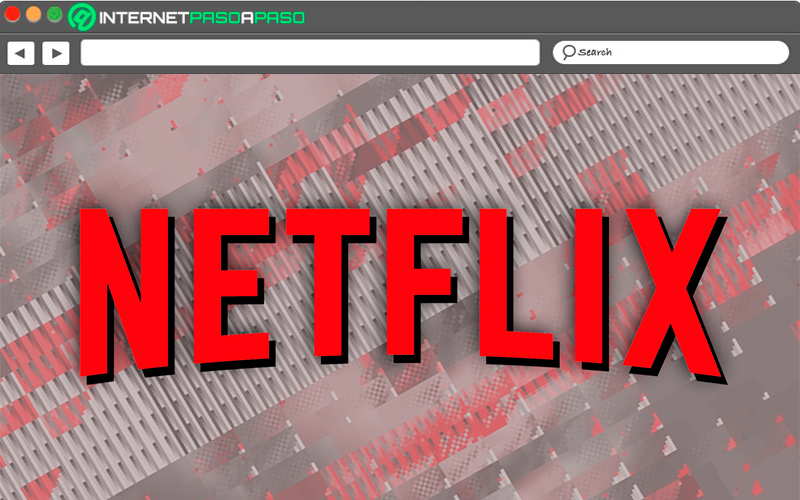 One of the main characteristics of this platform is that it went from being a simple VOD to become one of the world's largest video streaming companies. A position they reached thanks to the fact that they have always maintained his revolutionary ideas.

Ideas that have made them break with everyone the paradigms that are established, but that without a doubt have led them to success and have made Netflix currently characterized by:

Amazon Prime Video Features What is most striking about this service? 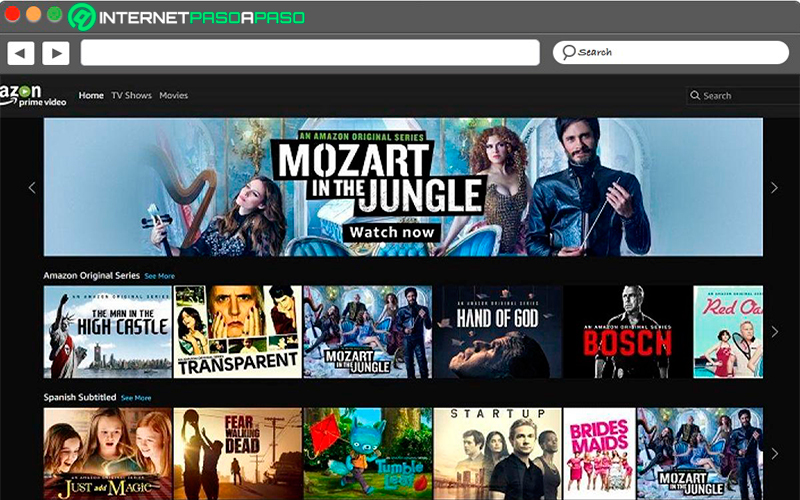 Amazon Prime Video also offers content services that are based on a monthly subscription. And it is through this subscription that the user can enjoy contained in streaming movies and tv series. But different from Netflix, Amazon Prime Video now has a good tool in his hands, and this is none other than the novelty of a new service. So they will give you a free trial of your catalog so that customers can learn more about their programming.

Until now, the platform has been characterized because it came with original series among which are: Transparent, Mozart in the Jungle, Tumble Leaf, The Man in the High Castle, Bosch, Hand of God, Red Oaks, Ripper Street, Black Sails, Constantine and Extant. And it can be accessed through Internet, Smart TV, game consoles, set-top boxes, desktop computers, laptops or mobile devices.

In addition to the aforementioned, Amazon Prime Video, has the advantage of X ray, which is usually a very useful tool to access information from each of actors. As well as the background and all the information you want about the series or movie you want to see.

Netflix vs Amazon Prime Video What is the best streaming video platform? 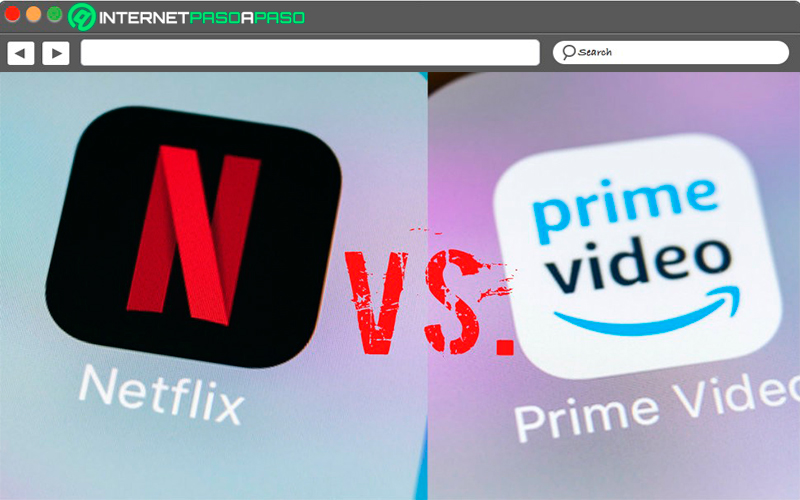 You can't really tell which of the two platforms is better, because everything will depend on the taste of each user. What can not be denied is that, in numbers, Netflix takes a great path earned to its rival. A situation that is quite logical his experience and all the years he has been in the market.

However, it should be noted that Amazon it is a powerful company. That he is not playing and steps on pretty firm steps. So in order to make a decision and establish which is the best streaming video platform The following aspects should be evaluated:

On either platform you can enjoy excellent television series, which are accompanied by exclusive content not found on any of the rival platforms. Here everything will depend on the taste of each user, that is the one that will tell if it is best Netflix or Amazon.

Among the original Netflix series are:

And the original Amazon Prime Video series are:

Just like with the series, both platforms give you the possibility to enjoy exclusive movies, which you will not find in rival platforms. However, due to the trajectory and experience in the market, Netflix may have better titles and of course a broader catalog.

Both platforms have available to their users, a wide catalog of movies and television series. Being then, this exclusive and unique content the one that makes the users tip the scales.

Netflix bets on new movies, while Amazon for classic movies. And the genre dramatic, documentary or historical is the one that shines the brightest on Netflix. This without including his feature films that are also of excellent quality.

This is something that Amazon still can't compete, since this is limited to distributing third party titles onlyall of the classic genre. Therefore here wins Netflix in which we can watch from dramas and suspense to anime and much more.

When it comes to the rates, so much Netflix, like Amazon Prime Video They are quite generous, since both platforms offer a 30-day trial period that is completely free. And if we talk about your monthly payments, they go in Netflix from € 7.99, being this the cost of the basic subscriptionIn other words, this does not include content in HD or Ultra HD and can only be used on a single device.

In the case of Amazon Prime Video, on this platform you can subscribe for € 36 a year. Being perhaps one of the cheapest subscriptionsin addition to including Free shipping of your Amazon orders, access to Amazon Prime Music, you can visualize two screens at once, among many other benefits.

Without a doubt, when we talk about image quality, of the content and the service provided. So much Netflix as Amazon Prime Video they are pretty even. Well their platforms are updated continually so you can enjoy new, high-quality content.

Within the quality, we can also mention that Netflix allows its users the ability to set up different accounts for multiple users, in addition to having a section dedicated to children free of content not suitable for minors.

While Amazon Prime Video You don't have this yet. And another difference between the two is that everything you see in the Netflix catalog is available in streaming, Meanwhile in Amazon, only content with a banner in which Prime is the one available to see with your subscription.