An open source, or also known as "Open Source", is the term that receives everything software developed and distributed under a parent license. It allows developers to make modifications without limit. It is characterized by giving free access to the source code, and offers the possibility of being redistributed, as long as the terms of its acquisition are respected.

In 2008, the first version of chrome, a browser developed by Google. Later, the company released its source code, and named it Chromium.

The project sought to include the biggest optimizations coming from the Internet user community. Currently, this open source software is the basis for several popular browsers on the web.

What is Chromium and what is this browser for?

ChromiumIt gets its name from the chemical element "Chromium". Is a open source browser developed by Google, whose main function is to allow the modification of the Chrome base software. The design is intended to provide a more stable, fast and minimalist interface to the user.

In layman's terms, Chromium serves for the development of new browsers. The advantage of open source is that it supports all kinds of improvements. Such arrangements are beneficial, both for their original creator, and also those who want to design a new browser, based on the source code.

Its first version appeared in 2008, Back then, it was a system that lacked full functionality. It contained compilations to work on Windows, macOS and Linux. From 2009 it underwent major changes, which reduced frequent errors and evolved positively. Nowadays, the latest version of the browser is Chromium 80.0.

Downloading Chromium can be tedious for the general public. However, web development lovers can obtain the software from the official project page. You will have to download the most recent and stable version of the browser, then unzip the file.

You will have to locate the executable "Chrome.exe", which is characterized by having a blue icon; the open source brand. Subsequently, create a shortcut for access from the desktop. By running the browser, you can configure it as it suits you.

What are the main features of the Chromium browser?

Chromium is characterized mainly by its blue hue logo, although its design is the same as that of Google Chrome. The browser supports various audiovisual codecs, such as: Theora, Vorbis, Opues, WAV, VP8, VP9 and the most recent one, AV1. Also, the versions distributed by Linux, include technical support from other codecs.

Unlike a finished product, Chromium does not have error reports and usage statistics. Because it is not a software completely under the supervision of Google. Open source has multiple licenses, including MIT, LGPL and MPL.

On the other hand, your code can be modified by any distributor, with the intention of adding a modification or developing your own version of a functional browser. In fact, each new version is attended by the developer who has designed it.

Chromium vs Chrome Which is better and how are they different? 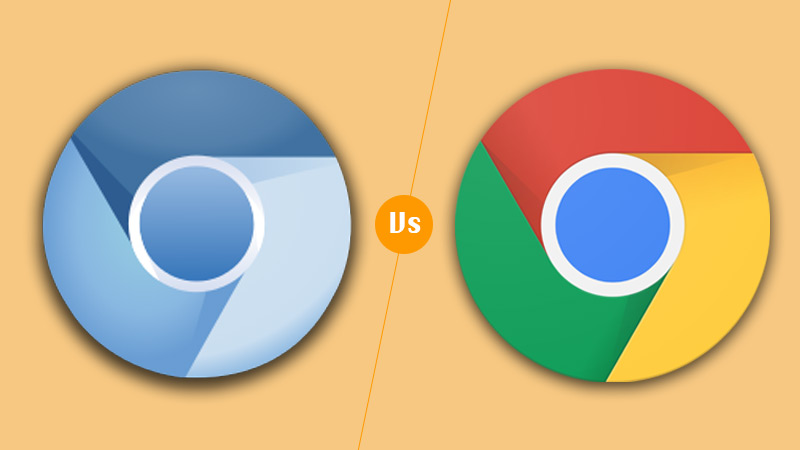 It is difficult to determine which of the two browsers is better, Each one is designed for specific audiences. Chrome is a product that covers all possible needs of the user and its updates have been authorized and tested by Google.

Chromium, on the other hand, offers the possibility of modifying the browser code to adjust it according to the developer's requirements, as long as the latter has the necessary knowledge. Therefore, it can be concluded that Chromium is the ideal software for distributors and developers of web browsers, who need a light, minimalist and fast open source to continue innovating in the field.

While Chrome is perfect for users who need a simple to use browser. The product lends itself to both work activities, entertainment and leisure. In addition, Chrome has notable differences, compared to Chromium, which make it friendlier to the regular user. They highlight:

As you can see, the most notable differences are found in the audio, video and Adobe Flash sections. The rest of the details are mostly technical, and some depend on the dealer. It should be noted that, Both Chrome and Chromium allow the option of synchronization with your Google account.

List of the best alternative open source browsers to Chromium 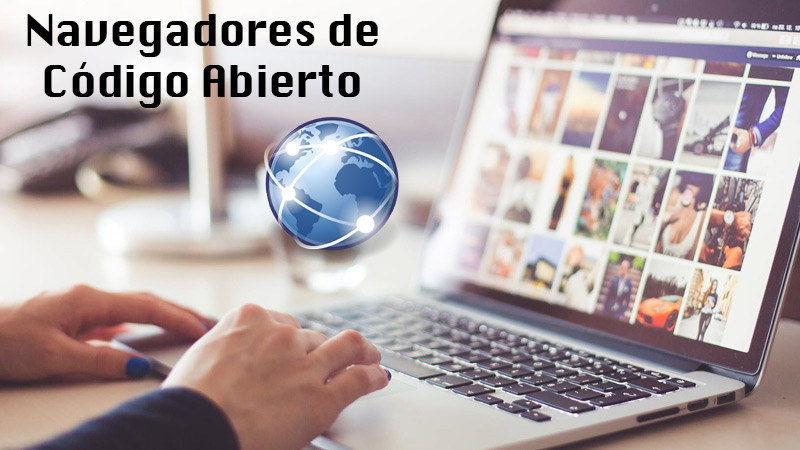 Then, We present you a list of the three best active open source browsers to choose from:

Developed by Brave Software Inc, is an open source web browser based on the Chromium project. Specializes in improved privacy options and loading speed. It even provides greater fluidity in navigation, compared to Chrome.

However, its most striking feature is its decentralized ad system. On the one hand, it is capable of block third-party ads, and prioritize users' favorite projects or sites who use the platform.

It is a popular Open Source browser, based on Firefox software. Pale Moon gives higher priority to privacy options, in order to protect the user's personal information. It also offers the possibility of customizing its interface, to adjust it to the maximum of your needs. It is available on Windows and Linux.

Another Open Source project, based on Mozilla code. It is a veteran software, since it has been active for many years. Its main objective is to improve browsing performance for the user. In addition to this, it also offers multiple advantages in the area of ​​security and privacy.

The browser does not have trackers, therefore, it does not collect any type of information from the user nor does it allow a website to track your position or data.

There are numerous open source browsers based on Chromium or Firefox on the market. Between these, can be highlighted: ComodoDragon, Torch, Maelstrom, Dartium, and many more. Each offers different benefits, and they have enhanced privacy and performance features. Some even allow you to download via Torrent. Choosing the best open source browser will depend on your needs.