PC fans have become a key piece for its operation, many users are still unaware that this type of device is found inside the computer case. But the truth of all this is that thanks to this rotating blade the computer does not heat and allows it works correctly.

In this way, it could be said that these devices carry out one of the most important functions of these devicesbecause without them we just the useful life of the equipment would be much less than they can have with it. Furthermore, it is important to mention that these Fans are also known as PC fans.

According to all this, here we will explain a little more about What are PC fans, what are they for and what is their true functioning in computers? For this, follow in detail everything that we will explain in the post.

What is a fan and what is it for on a computer or computer?

These computer fans they simply have power as their primary mission maintain normal equipment temperature so that it can have a proper operation. Therefore, this physical item is intended to remove any excess heat from any of the components of a computer such as the CPU or graphics card.

This means that if a computer doesn't have this heatsink, the temperature can rise more of tolerable limits of equipment components, what could cause the graphics card damage and any other part of the computer.

All this has made the fans become a essential piece what is it for PC cooling, that is why this device has become a very commercial item where you can currently find different models, sizes and aesthetics.

In this way, if what you want is improve machine cooling and so increase its lifespan, the most important thing is to have a heat dissipator that is capable of cool all parts of your CPU.

For this, there are different types of PC fans, which we explain below:

Fan Types How are these hardware items classified?

Currently it can be said that there are two types main fans for computers, where each of them is used according to the equipment you have.

Accordingly, here we present each of these types: 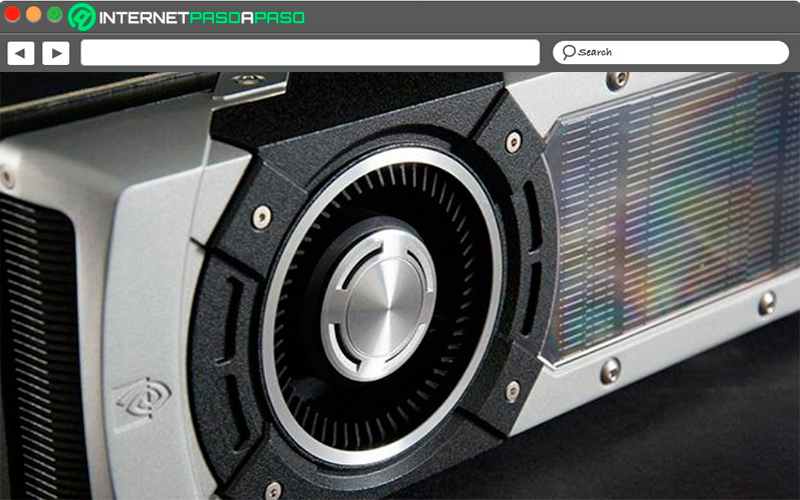 Previously this fan type was the one who used on all PCs that were going on the market, so you can still get it at older computers. However, it is important to note that this type of fan no longer exists today so you won't get it on the market, at least not new.

Where it can be found is still in graphics cards, since this is used there with very oftenas well as for small size computers. This type of fan is known as blowers, and it has a lot of shovels with an empty inner part, this allows an air flow perpendicular to the fan axis is created through the air suction.

All this means that its operation is very similar to what the turbo of a rocket, or to be more specific to what a turbine of an airplane. And the teams that use this device the most are the laptops and consoles for its small size. 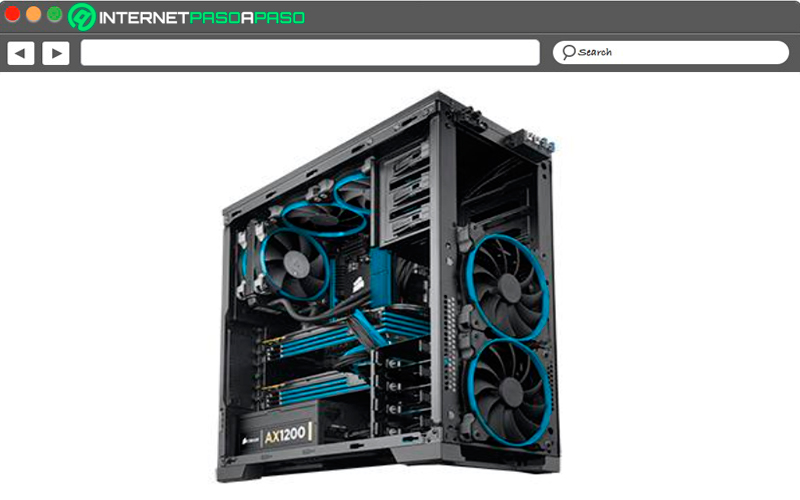 It can be said that this pc fan It is the most used in this type of computer, it ensures that the air flow passes in a direction parallel to its axis. This means that it is as if it were the propellers of an airplane, where the fan blades push the air parallel to the axis of the appliance.

In this way, axial fans they can move large volumes of air with very little pressure, so you don't have to try too hard, thus increasing its useful life. Finally, this type of fan is the most used today in all desktop computers.

What are the main characteristics of a PC fan? 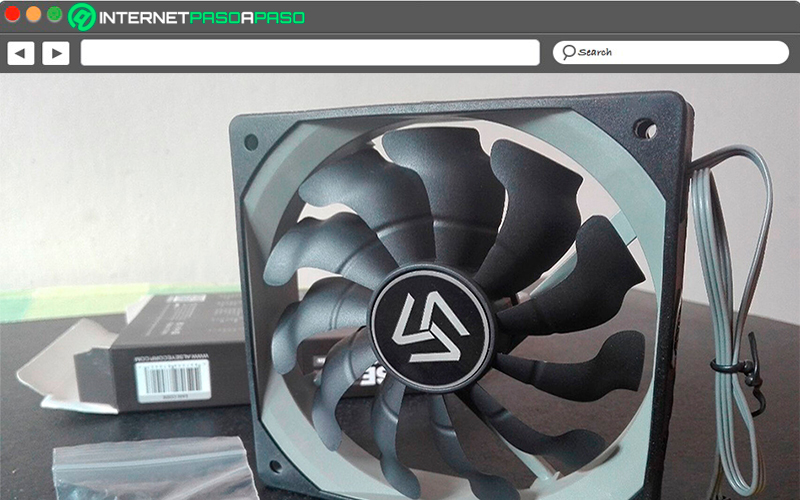 These devices have various kinds of features which are fundamental to its functioning.

That is why here we are going to present each one of them, allowing you to know a little more about PC fans:

In this type of cases, define two types of fansthose who have few blades and those with many blades. In the case of fans with a lot vanes are mainly focused on generating a large amount of air flow and very little static pressure. That is why this device has been manufactured thinking mainly in those environments where it is not presents any kind of obstacle.

If you analyze what these machines are like inside you could say that the best option would be to have a fan with few blades. Since these in the same way they manage to dissipate heat, generating a lower margin of error, as dissipate the heat that has been generated instead of cooling itwhere the chances that errors arise they are greater. Accordingly, these are ideal for those tight spaces.

The generated flow is measured in CFM, what is key to be able to determine the fan air flow efficiency. This means that air efficiency is the CFM divided by the watts, all this between the amount of energy which is used to make it work the heat sink at full speed.

In the case of the generated pressure is measured in mm / H2O, in this case static pressure is the pressure generated by the fan, all this as if it were a airplane turbine, as absorbs at high speed and dissipates millimeters that are specified after a flow is generated from the opposite side.

Power is measured in RPM, what it is revolution per minute than generates the fan motor during operation. In the case of the power of a motor It is not everything, you must take other types of elements into account such as what is the propeller, being this another factor to consider and that is very important.

Noise is measured in dB – decibel, is a unit that is used to measure sound intensity and other physical quantities. This factor is very important to consider, since the noise will directly affect one of your senses, so it is worth considering. The lower the noise, the greater the comfort when using the computer..

Size is also very important to keep in mind, the same it is measured in mm / cm, making it a key factor when knowing what type of fan should be purchased. Today the most common fans found on the market have a 120mm and 140mm size, but you can also find some of these devices that you have measures from 80mm to 230mm.

Finally we find what is the connection, today you can find three types:

The PC fan is not spinning or is making a lot of noise What are the most common causes? 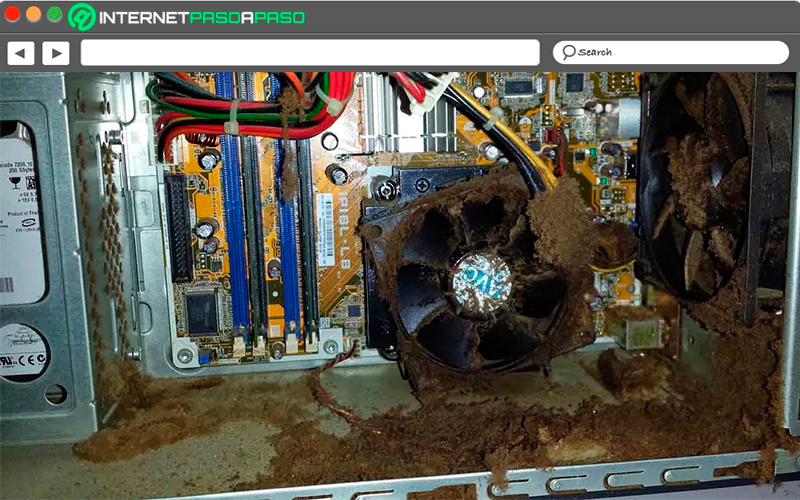 When using a computer usually this it must be silent or if it generates noise it must be minimal. This is because a constant noise could cause user fatigue so that it is neither convenient nor pleasant to have it. One of the reasons why noise is generated in these machines is when he The fan stops working properly and begins to generate a lot of noise in the appliance.

These noises can look or feel like the team is going to explode, so that excess sound is not synonymous with this working properly. One of the reasons for this sound may be that the fan You already have considerable wear on your bearings as they suffer natural wear as time goes by. I mean, if the pc fan It has been in use for a long time and you may possibly start to experience these problems.

In this type of case the best solution is to replace it with a new one or what find less affected. Note that the new fan you add to the machine must have the same dimensions and characteristics. In addition, when installing it you must make sure that both the air inlet and outlet direction are in the right location. This address comes reflected on the sides of the fans so you must take it into account.

Another reason why this type of problem can be generated is because the motherboard is in charge of control the temperature processor, so that the fan works according to the motherboardeither make the heat sink work at higher or lower speed.

If you turn on the computer and you notice that soon the fan starts to sound too much, then it may be because processor heatsink is very dirty, so that the fan is not able to cool it enough, thus forcing the motherboard works to the maximum to try to keep the temperature to a minimum level avoiding that the other components are affected.