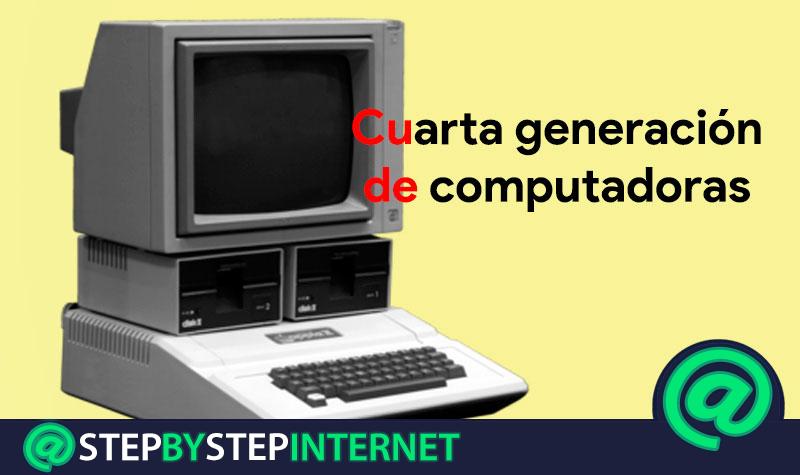 Approaching the “current” moment appears what is called the Fourth Generation of Computers, an era marked by the invention and the introduction of the microprocessor , which was a boom with which we can relate our equipment current.

We have already commented on other occasions that the history of computing is defined by several aspects that have marked each of the generations into which it is divided. The microprocessor was the one that led to the arrival of the personal computer thanks to the work that was carried out for nine years.

We are going to see in this post that little piece of history that covers from 1971 to 1980 . If you continue reading you will discover the history and development of computing during these years, the characteristics that mark the era, the main personalities of the moment and, obviously, the computers that stood out the most. See all computer generations in full.

What characteristics define the fourth generation of computers?

On this occasion, the event that makes us consider a fourth revolutionary act in computing is the introduction of microprocessors .

They come with it:

What was the evolution and history of the 4th generation of computers? 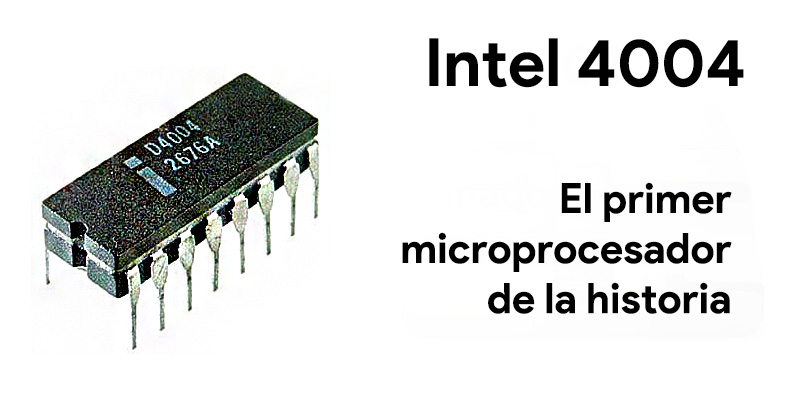 This occurs in 1971, when the design of the microprocessor, which had been invented in 1969 by Ted Hoff , is finished profiling and shaped on paper to be shown to the world.

This is an integrated circuit that includes conductors counted by millions and who are the in charge of logical and arithmetic functions . This includes transistors, elements of the equipment that are already “replaced” (they are still present inside the chip, together with other elements).

For a year this is tested behind closed doors on different machines, being in 1971 that the first microprocessor for sale is presented , coming from the hand of Intel, the Intel 4004 . The chip was 4 bits and combined 2300 transistors. Its power was 60000 operations per second.

A year later launches the Intel 8008, 8-bit and 3300 transistors as well as an improved version, the 8080, also of 8 bits and 4500 transistors , capable of executing up to 200,000 operations per second. This had been designed, finally, for general use, being one of the first attempts to get computers to homes.

In addition, the size, these are becoming more sophisticated, making the teams much faster and capable in general.

In 1972 Japan designed the first microcomputer , that is, the first computer that includes a microprocessor. This was the SMP80 / 08, a piece that did not go on sale.

In 1973, Micral N appears , designed by the French who, it seems, were the first to coin, with patent, the term “microcomputer” . Its use was technical and scientific, while still away from conventional user. He rode the mythical Intel 8008.

A year later Scelbi sees the light , which was the first American computer to be commercialized by prior announcement, that is, if you had enough capital, you could get it.

1975 is the year of Altair 8800 , a piece manufactured by MITS that included the programming language par excellence of these years, Basic.

In 1977 we live what we could call the second revolution of the microcomputer by introducing the home or personal computer , precisely thanks to the evolution of everything we have said .

With the innovations of the sector, really capable but much smaller and mass devices could be manufactured, being able to reduce their price a lot and becoming accessible to all audiences.

Best inventors of the fourth generation of computers 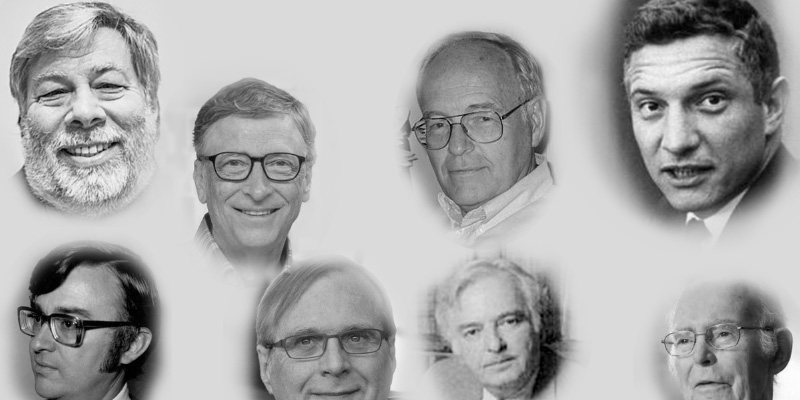 Although some of these faces have already seen them if you have read our post on the third generation of computing , you will see that they were also personalities of this fourth.

He is the person to whom we owe the beginning of this era, the inventor of the microprocessor . The engineer finished brushing it in 1969, incorporating an idea that was totally revolutionary in the field of electronic circuits . It is worth mentioning that this is due to the impossibility of solving the problem of a client, who demanded a connector with twelve microchips of different functions.

It is the company, founded by Norton Noyce , who outlined the design of the integrated circuits, which takes the concept of microprocessor and makes it brutally known . Create the first market microprocessor , the Intel 4004.

It is also responsible for the following three “colossal” models, Intel 8008, the first 8-bit, Intel 8080. It was the first specifically designed for general use, and Intel 8088, which would be the first member of the well-known x86 architecture.

They are the professor and the scientist who gave life to the programming language par excellence used during these years both for large private computers and for those that were launched to the market and were available to all . This is BASIC , perhaps the best known in history. Of course, after assigning the license to Altair, Microsoft designs an interpreter for this who is the one that was known by everyone.

Known for founding Microsoft in 1975 , they were in charge of designing Altair BASIC, an interpreter of the well-known programming language that went around the world , being sued by all computer manufacturers and turning them into millionaires shortly after starting their career as entrepreneurs.

Considered a father of computing, designed the Apple I and Apple II computers (the most popular commercial personal computer of the fourth generation of computers) after starting his own company.

It was a wonder since childhood, so much so that with Apple managed to move to the Altair thanks, in part to the idea of ​​including a screen and an external storage unit , Disk II , which he created as well.

What featured computers appeared in the 4th generation of computers? </ span >

As in every computational era, we have some teams that stood out, each in their own. Let’s see them. 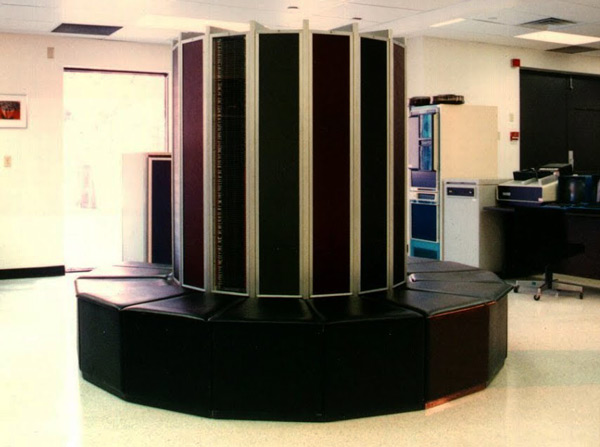 It becomes known to the world what would be the supercomputer with the first commercial access microprocessor . The first is taken by the Los Alamos National Laboratory and then 80 more are sold.

It is also one of the best known in history. He stood out at the time, between 1976 and 1980 , for being really powerful; so much so that it remained a decade more in the market with several versions.

It was launched before microprocessors. However, such was its success that was adapted to be able to mount these and continue in the market for 10 more years. And it is that this minicomputer was the first to mount its main elements in just one bus , of asynchronous type, characteristic that, of course, made it a milestone. 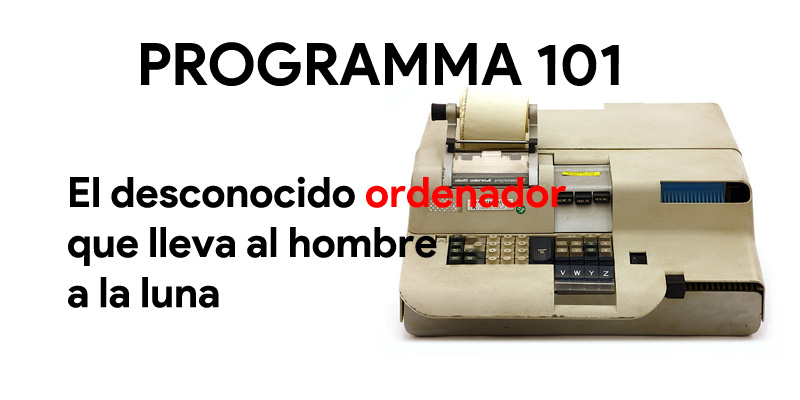 This is the first commercial personal computer in history, put into operation already in the year 1964 by Olivetti but without being known. It is curious, because it was the team with which we managed to set foot on our satellite.

Even so, it is not, for many, an important computer history, although, on this occasion, we have to disagree. In addition, as you have seen, it was designed much earlier than the rest, even during the third generation. However, such was its bad or no publicity that it seems that no one noticed, even when 44,000 copies were sold in the US. UU . 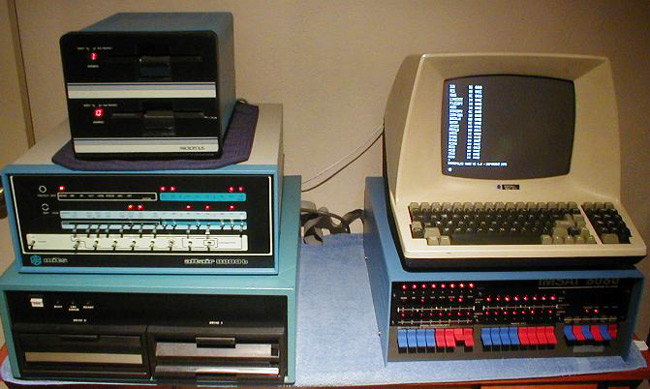 Its design ends in 1974 and begins to be sold the following year. The creators of the Basic language decided to assign their license to be the one that this machine took as standard (including “Altair BASIC”, a language interpreter designed by Microsoft). also incorporated the Intel 8080, which would be the first 16-bit microprocessor. The built-in bus (S-100) was the standard in the following years .

Its sale together with keyboard and mouse was a success and why many consider it as the first personal computer. In addition, he was very pleased that an assembled version was sold, but also that it was presented to be assembled in a kit, with more than a hundred options. 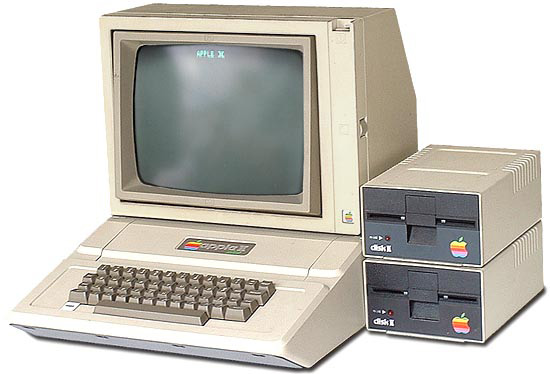 A family of microcomputers mass-produced in 1977 . This is sold for 7 years with great success and at a more than reasonable price, especially after the release of the spreadsheet, VisiCalc .

The original mounted a 6502 processor , 4 KB of RAM and its architecture was 8 bits. In 1979 Apple II Plus appears, notable for being able to expand its RAM with a «language card».