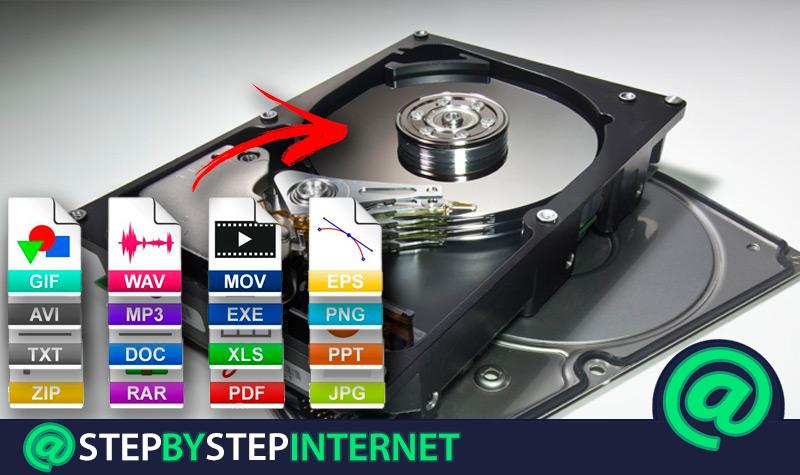 A computer, like any system, including the human body is made up of different elements. The same they fulfill a certain function for the right functioning.

In this sense, there are essential components, without which the whole pc could not function properly. One of them is the hard drive. Surely the term is quite familiar to you. This is because we are in constant contact he, at least virtually.

To advance in this computer course, it is essential that you know what this hardware is about, how it works, how many types there are, how to take care of it, among other things. You will find all the answers below.

What is a hard disk and what is this hardware for in computing?

A HDD, hard disk, hard disk, HDD Or simply disk is a device digital file storage. They are saved through an engraving system magnetic and they remain available for the user, even if power is no longer supplied. The latter differentiates it substantially from the RAM memories, which delete your information with every restart of the PC.

Although it is not essential hardware to start the computer, since it can start without it, is in charge of preserving the operating system among other things. In this way we could not use our device in the way we are used to. Also, is in charge of keeping all the documents that we create, copy and download. Everything we interact with in the file explorer is stored on the hard drive.

History and Evolution How have hard drives changed over time?

Believe it or not, the first disk was removable, although not portable, since it weighed about a thousand kg. It was about the model Ramac I developed for IBM. Its size was enormous and managed to store 5 MB of information. I worked with vacuum valves and metal discs that were loaded with magnetism in certain sectors. In this way, any of them could be accessed without having to go through the rest of the material (unlike magnetic tapes).

Thanks to the work of Albert Fert and Peter Grünberg on magnetic storage, discovered how to save binary information in smaller spaces and more compactly. In this way the size and sensitivity of the discs were reduced and increased respectively. Over the years, the capacity of these devices was growing and IBM was again in charge of development. Thanks to his model IBM3380 released in the year 1980 the capacity of 2.52 GB of storage.

However, the size of these was still large (similar to a family refrigerator). Until the arrival of Seagate ST-506 with considerably reduced dimensions. In the year 1988 Toshiba launches the model Tanba-1 2 and a half inches. A feature that is preserved even today in laptops. He had the ability to 20 MB and in 1991 rose to 63 MB of storage.

More than ten years later, Seagate creates the Barracuda Serial ATA V Does the name sound familiar? It was the first to use the SATA system for the transfer of information. Offered 120 GB capacity at a price less than $ 200. 2006 it was the year that Samsung launches the first modern solid state drive. With capacity of 32 GB they offered superior speed to their magnetic competitors. Although inferior in storage, they were perfect for saving system files.

Classification of hard drives What are all the types that exist? 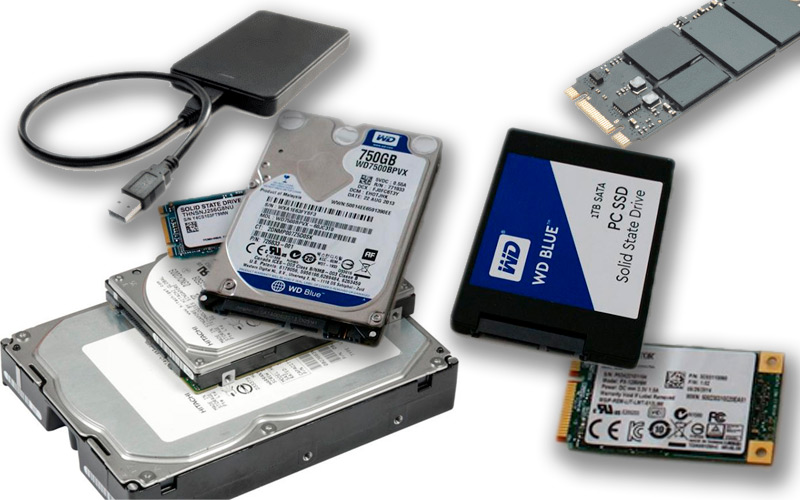 As you know, due to the speed of technological advances and the large number of researchers and manufacturers, there is a wide variety of devices.

For this reason it is necessary that we classify the types of discs that exist:

Because of its size

We refer to the physical dimensions of hardware. At present they are used of 3.5 inch for computers desk and of 2.5 inch for laptops. This does not mean that there are other specials for other functions.

Creating a list in this section would be very extensive and would never be updated. But in general and currently the majority surpassed Terabyte storage although those in 500GB continue to be marketed.

By the type of connection they use

He disk communicates with the motherboard or motherboard through different types of connectors. This depends on the model and how current it is.

Usually it is one of these:

We can define two classes. The internal and the external. The former are the most accessible and connect inside the cabinet to the motherboard. The seconds transmit information through usb cables to the external ports of the computer. Although they are more accident prone, they have become one of the best ways to move files between devices.

How do hard drives work to store information on a computer? 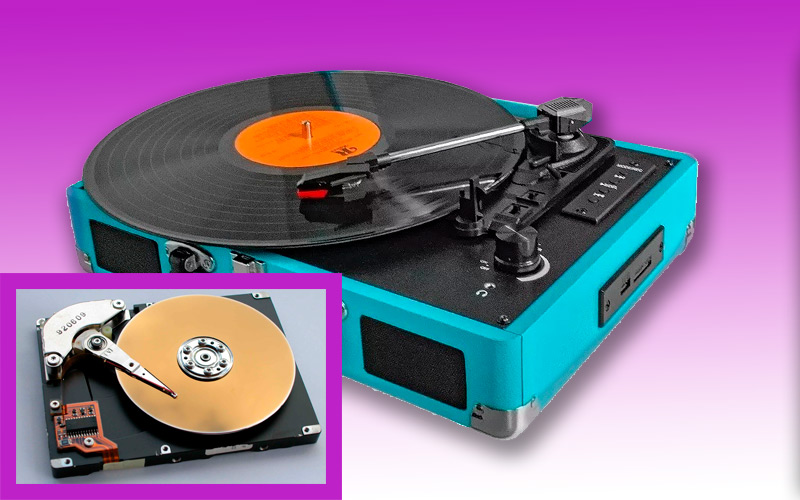 The operation of HDD is similar to that of a turntable. If you never saw any, we can say that you use a head that magnetically loads a disc that constantly rotates at high revolutions. Every time you search for a file, the header read the plate until you find it. That is why it takes a few seconds to do so.

As you may have noticed it is a mechanical process, since it takes Mobile parts that interact with each other. This presents the main difference with the SSD, What do they use logical blocks with its own processor. Locating a document in this type of storage takes considerably less time. 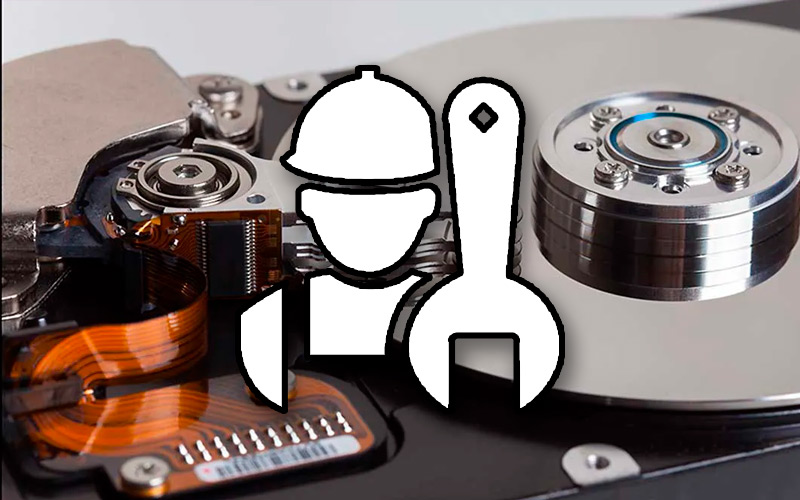 exist viruses and malwares which can impair the performance of a disc. Although many believe that it is a myth, the truth is that Using a good antivirus can protect the hardware and documents it stores.

When you press the key suppress about a file, it doesn’t actually get completely erased. That is, that space is not empty, but rather waiting for new data. This, added to Temporary files they can slow down device operation. That is why operating systems offer the defrag tool. Which remove these unnecessary sectors and files.

They create separate blocks within the disk. This prevents, for example, that the system “Read” the entire device performing a search. Thus restricts location to assigned space defined as partition. Inside the interface is named as a different album. It is recommended that at least you have two partitions. The first for him operating system plus a dedicated space and another dedicated to documents and files of users.

Like the high temperatures, bumps can damage the internal disc mechanism. In addition, being a magnetic device, it is susceptible to damage if exposed to high external magnetic forces. Some appliances like microwaves contain magnets capable of generating these levels harmful if they are nearby.

The best way to take extreme care of our files is also saving them on a second disk. In this way we will avoid any eventual loss with a backup security.