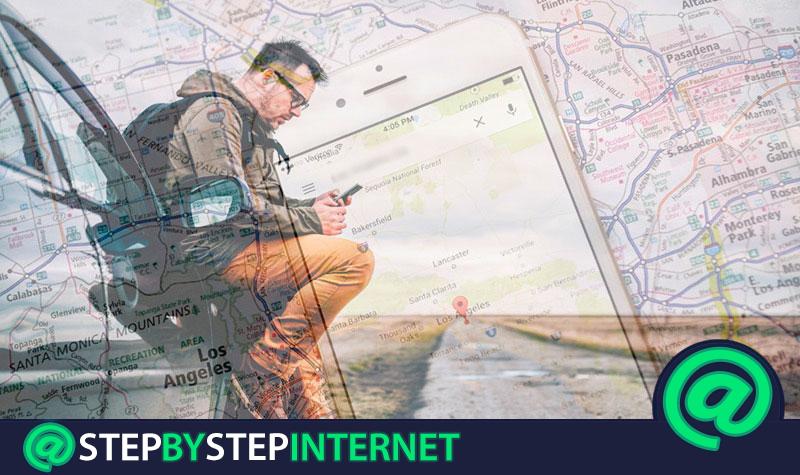 Nowadays, when people decide to travel to another country, one of their main concerns is that they will not be able to have full access to their mobile phone. Since, of course, they will run out of signal and therefore, it will be impossible to make or receive calls and SMS, as well as use their megabytes .

This is why, a solution was created in the face of this problem that, at present, is very well managed throughout Europe and many more countries worldwide. Thus, it is about data roaming and roaming services , which have the ability to offer its customers the possibility to continue using the mobile telephone network to talk, send SMS and surf the Internet abroad.

In order to make use of this excellent digital goodness, in this post, we have decided to let you know what these services are that you can activate with your telephone operator yet and in a foreign country . We will also indicate the main rates for these services and mention other similar methods to use.

What services can be activated with my mobile operator in a foreign country?

With the aim that their clients can use their telephone line abroad without any impediment, telephone operators have implemented certain services that can be activated , easily, in other countries.

Next, we explain what they are:

Basically, it is a service that offers you the possibility of having a signal on your cell phone when you are abroad or, outside your country, which is usually the The only geographical area in which the mobile operator has coverage.

That way, roaming will allow you to use another operator’s network so that, with total freedom, you have access to communications services, such as call or receive calls , just like that send or receive SMS text messages .

For its part, it is necessary to bear in mind that, this is possible thanks to some agreements for the exchange of voice traffic that contemplate technical, commercial, client and more aspects, in which the possibility of the traveler is added make use of the same telephone number you use in your home country and from that, you can call by simply dialing the recipient’s number and without entering prefixes .

Therefore, the user will have additional and different costs to those who have calls made in the country itself.

On the other hand, in terms of mobile telephony, data roaming refers to the possibility of using your mobile data or, the mobile Internet of your device; outside your country of origin . That is, based on data roaming, you can make use of your data outside the local service area that your telephone operator has.

This is why, it is one of the fastest-growing services in Europe and various countries worldwide. Given that, it will provide you with everything you need to connect to data services outside the scope of your operator’s network both nationally and, especially, internationally .

How much does roaming cost in the main telephone companies in Spain? Rates

Now, it is very important to know what are the rates that the main mobile phone operators in Spain handle, with respect to roaming. Reason why, in this section of the post, we will emphasize the prices offered by these companies, currently :

First of all, you need to verify with this company’s Customer Service, if you have the roaming option enabled . Otherwise, you will not be able to use roaming during your trip when leaving Spain.

In addition to this, it is also appropriate to note that the roaming rates in Movistar will depend on the country of destination. Well, in some nations the same prices are handled and for other countries, different rates are taken into account. Next, we present the rates to be taken into account for almost all destinations (European Union, Iceland, Liechtenstein, Norway, United States, etc.):

This company reveals an excellent advantage, thanks to the fact that it handles a fee that roaming charges you in any European country at the same price as in Spain . Bearing in mind that, all clients can access this benefit, regardless of whether they are contract or prepaid. In addition to this, it is an automatic service, so you won’t have to activate it on your own.

Now, the following rates are known , today (it is appropriate to clarify that the same company could make certain changes over time):

As in Vodafone, Orange has a fee that roaming charges you in any European country at the same price as in Spain and then the costs of calls and SMS that handles Orange roaming for Europe and other countries such as Algeria, the United States, Canada, Morocco, Switzerland and Turkey :

On the other hand, for the vast majority of countries in South America, Asia, Africa and Oceania, the rates are:

How much does data roaming cost in the main operators in Spain? Rates

Once the rates that Movistar, Vodafone and Orange handle around roaming based on phone calls and text messages are limited; It is very valuable to specify what are the rates related to data roaming in these telephone operators in Spain .

Next, we give you first hand information about it:

In the following table, we indicate the rates of each type of Movistar data roaming, per day :

For its part, it is important to clarify that not all mobiles work in all countries, because they use frequencies used only by European mobile operators with certain frequency bands. Reason why, that it is possible that data roaming does not work on your mobile device when you are in China, Japan and some nations of America .

With respect to Vodafone, another of the most famous mobile phone companies in Spain; We indicate the following data roaming charges that are handled :

Next, the main rates offered by Orange to its users so that they can make use of mobile data in other countries outside Spanish territory , being costs that you must pay per day < / strong>:

In this sense, to proceed to activate data roaming if you are a customer of this telephone company, you will have to make use of the mobile application called “App My Orange” that allows you to enable service quickly. Thus, once it is activated, it will proceed to locate the mobile network that shows the best coverage in the country where you are.

What other methods exist to have Internet and services on my mobile when traveling outside the country?

In addition to roaming and / or data roaming, other services of this type have also been created that allow you to make use of the benefits of your terminal in terms of communication, so that allows you to use the Mobile Internet outside the national territory.

These methods refer to:

This is considered one of the easiest proposals to use and accessible as well. Since, it consists of a SIM card of data that you should only buy to be able to have Internet in your mobile with total quality. Which, you can buy them through an online store, in physical stores and even, through vending machines .

In this sense, when purchasing said tourist SIM card, you must insert it into your mobile device once you arrive at your destination outside Spain and with it, make normal use of your terminal. Thanks to this, according to the data SIM card you have purchased , it will have Internet all the time.

For its part, the main advantages of this method, is that are totally economic , provide excellent coverage and in case of loss or theft, you will not have to pay any fines, because the you acquire independently. However, these cards only work on a mobile device and, therefore, if you have several devices to handle, you will have to buy several SIM cards.

Here, some examples of SIM rates for tourists :

Apart from data roaming and SIM cards for tourists, there is also another recognized method known as “Pocket WiFi” or “Portable WiFi” , which consists of a device that provides the Internet with an excellent signal and unlimited . That way, it allows you to connect up to 10 devices at the same time so everyone can enjoy the Internet outside your home country.

With respect to its more special pros, we highlight that portable WiFi, depending on the country you are going to, will use the technology and signal of the main local operators of the territory in question and thanks to this, guarantee high quality coverage .

But, they also have a disadvantage that points out that these equipment are rented and at the end of their use, you must return them. Thus, if you fail to comply with the procedure, it will be mandatory for to pay a fine of around 300 euros , even in case of loss or theft.

In this sense, if you are interested in renting a Pocket WiFi or “Mifi” when traveling outside Spain, we present the following examples of rates for you to consider :

Is traveling to Europe the same as Roaming you mean?

Now, if you reside in Spain, you will surely wonder what differences may exist, in terms of roaming, with respect to moving to a country in Europe or outside this continent. In this way, we begin by limiting that, it is not the same to travel to a European country or outside these when roaming or data roaming refers .

In principle, because if you visit a country that belongs to the European Union, roaming will be included for free when you have a telephone line belonging to a country in that territory. Therefore, to make use of this excellent service, you simply have to activate it with your telephone operator and that’s it.

For this reason, if you visit other countries, either from Latin America or from any place outside the European Union , the telephone company will proceed to charge you for using the roaming or roaming service of data. That is, by using the mobile Internet, making calls or sending text messages outside your home country.

Taking into account that, generally, the total rates are very high and so, you will end up encountering an unpleasant telephone bill once you return to Spain.