It is no secret to anyone that today, mobile phones more than a “luxury”, they are a necessity; In view of the fact that through them, you can solve various activities at the same time and thus, fulfill your duties day by day. In such a way, These devices can end up doing a lot more things than the average computer does.. Since, in addition to the applications that the Smartphone has by nature, practically all users decide to download more apps for them And not only that, but they also use them to make common calls, video calls, save information and multimedia files, etc.

Given this, various situations may arise in which the cell phone does not work properly or all the time. Since, although they are smart devices, may find it difficult to keep up with some additional requirements to support so many gigabytes of storage and an excessive use of them. In this sense, one of the most common breakdowns that occur is that apps close automatically on their own, both on Android and iPhone and this generates great stress on users who often do not know how to solve this problem. But luckily, for each problem there is a solution and thanks to the different mechanisms that arise in the online world, you will be able to enjoy a smoother experience on your mobile.

In such a way, it is necessary to make yourself known the most common causes why Smartphone apps stop working, they freeze and for greater concern, close without notice. To, based on this information, have really effective solutions that you can use through some Recommended procedures and tricks for Android and iOS (iPhone and iPad), independently.

What are the reasons why apps close on their own without me doing anything?

In general, there are many reasons that trigger this type of breakdown in a mobile phone and indeed, they depend on various factors. However, it is accurate to note the most common reasons why applications close automatically on your mobile device and in such a way, they can generate so many annoyances.

Here are some of these causes:

This is often the most common reason why mobile apps close without warning. In that way, it’s about a superficial problem; taking into account that This memory is the main memory of a mobile device and works in conjunction with the operating system and in case of being insufficient O well, not having the ability to run the applications installed there, will choose to close them without prior notice, in order to give priority to other functions of the system that are more essential.

An unexpected behavior of the same Smartphone

In many situations, when mobiles start closing applications out of nowhere and present this type of problem constantly, it is possible that it is about to be damaged. This being the case, a form of “communicate“That it is no longer working properly and that perhaps, the best, is to change phone as soon as you can.

Your computer may contain a virus

Mobile phone viruses are software adapted to each operating system that are executed with the purpose of damaging the functionality of the Smartphone. Thus, there are two types; one known as “worm“And the other is identified as”trojan”. Usually, trojan virus are presented by applications installed on the same phone and when activated, generate numerous dangers in this, one of them refers to the disable other programs, so it interferes by closing them automatically.

The app or user data is corrupted

Have many applications open

When you have multiple apps open at the same time, the phone can be atrophied and it will choose to close certain applications in order to offer you a good performance in the others. But in case it is not so, the reason is different from this.

A malfunction of the app in reference to its development

Is about internal problems of the same app, which can result in incompatibility with your operating system, various internal errors, flaws or bad code. Hence it will never work the right way on your mobile.

It is caused by an incorrect update

In case the application in question has been updated more than once and one of these updates was hampered or not completed correctly, it will start to work in another way and therefore, it will close very constantly.

Steps and tricks to fix the problem that applications close themselves

Fortunately, everything has a solution and this type of inconvenience is not far behind. Consequently, we want to inform you about the tactics that you can use on your mobile device (Android or iOS) to solve the annoyance that one or more applications installed on your Smartphone, are closed without warning. 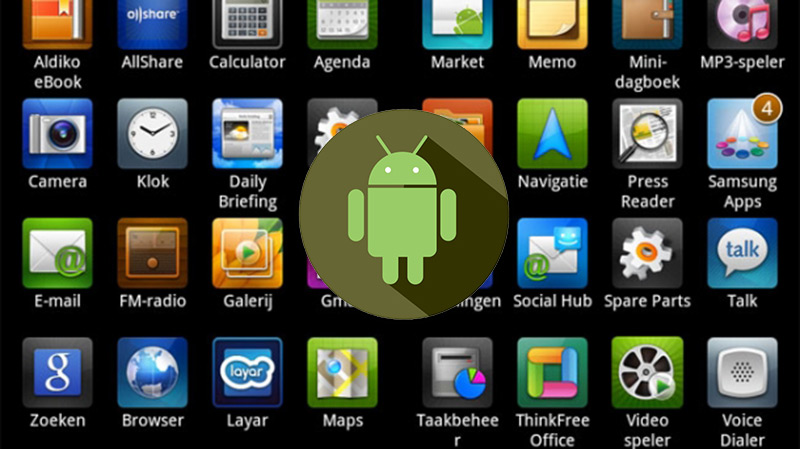 This operating system has various methods to resolve breakdowns when apps downloaded and installed on such devices, fail and close automatically.

Here are the most used, easy and effective to perform:

On iPhone or iPad

Although iOS devices can be a bit more sophisticated than Android devices and run with fewer problems, they also have drawbacks in terms of those applications that close on their own And therefore, there are procedures that you can carry out on your iPhone or iPad to solve this, without having to look for an expert.

Here are the most common and effective methods for this:

Through each of the aforementioned methods, your mobile phone will be able to function properly and support each of the apps that you have installed. So that in such a way, none of them issue errors nor close themselves constantly, thus being able cause damage to other apps or even, on your Smartphone.