Thanks to the fact that it belongs to the office suite of Windows and it is a program widely used in different fields, Microsoft PowerPoint is listed as a truly useful tool for create panel-based presentations that are known as "slides".

Thus, it refers to a software that offers the possibility of easily enter and edit texts, as well as formatting them, add images, introduce music and even animations. Which means that, is a utility that provides a great level of customization and it is also characterized by its flexibility and versatility.

In this sense, in order to enrich PowerPoint files, it is recommended to insert a GIF image. Since, they are elements that offer the advantage of interacting even more with viewers and capturing their attention in a simple way. Therefore, to know how you can add a GIF in PowerPoint easily and quickly, we invite you to read this post.

While it is true, GIFs make reference to a series of frames that follow each other and thereby create an animation without sound which generally loops for 5 to 10 seconds. Added to this, these files are characterized by contain a maximum of 256 colors, which is why they are much lighter than traditional videos. Now, since they are much more dynamic than ordinary images.

They are considered an element that manages to enrich a large amount of digital content. Considering that, This is a format that is used in the advertising environment, commonly. Due to the benefits they provide with regard to attracting the public and capturing their attention. As a consequence, if you want to add an image GIF on any slide in your presentation in PowerPoint, you must follow a series of steps to achieve it in the most correct way.

Reason why, below, we explain what you have to carry out to insert a GIF in this Microsoft program: 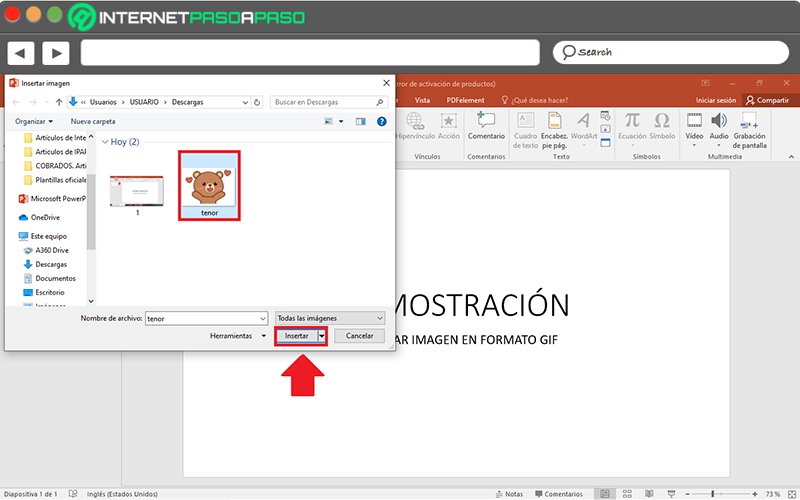 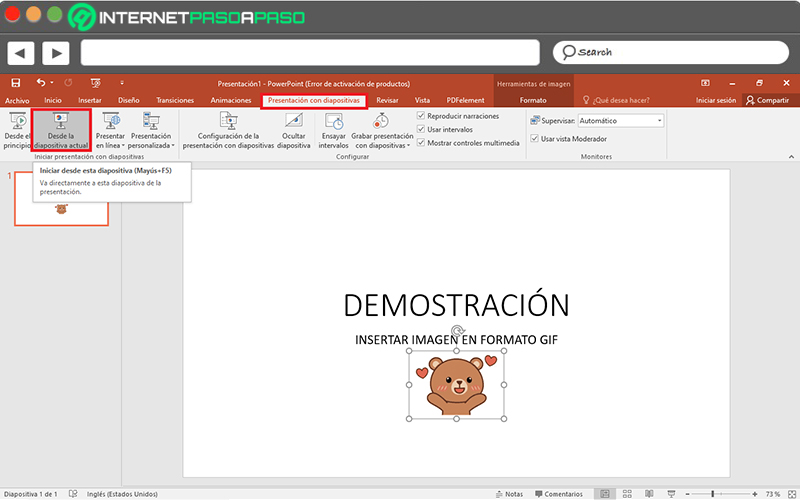 It should be noted that, as well as the software allows add GIF images from your computer's hard drive, it also allows you to do it through your OneDrive account.

List of the best GIF image banks to use in PowerPoint

Although there is the possibility of looking for images in GIF format directly from any web browser, sometimes, This alternative can be more time consuming for PowerPoint users who are preparing their presentations. For this reason, it is considered more effective go to an image bank that provides this type of illustration and, in addition, it allows you to download them for free.

Therefore, so that you have optimal solutions at your fingertips, we recommend the following GIF image banks to use in the slides: 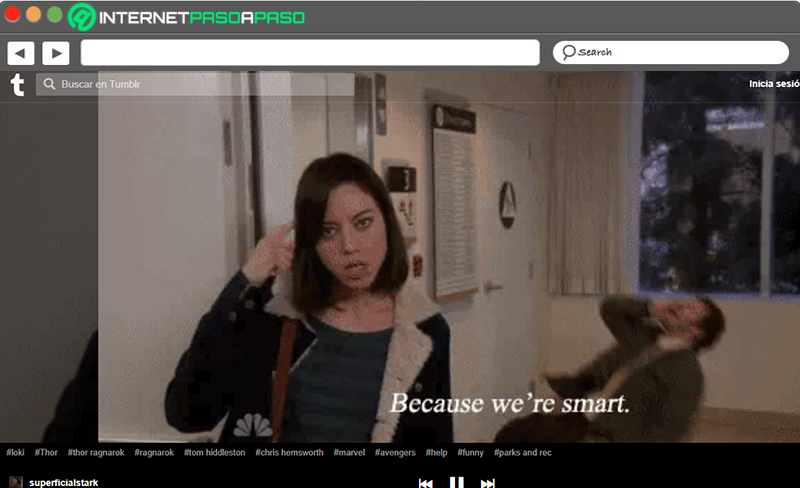 For no one is a secret that, Tumblr is one of the platforms that contains a greater number of images GIF and even, it was the web that managed to popularize this image format. However, directly from the social network, there is no possibility to download the GIF files. But, due to its popularity, said platform launched a novel search engine based on GIFs.

In such a way, it is very easy to get on and off GIF to use wherever you want. Said search engine, It is known as "Tumblr Gif Search" and is associated with a platform called "Tumblr TV" that works as a bank of GIFs that shows around 80 million posts daily. Thus, you will have a great variety to choose from.