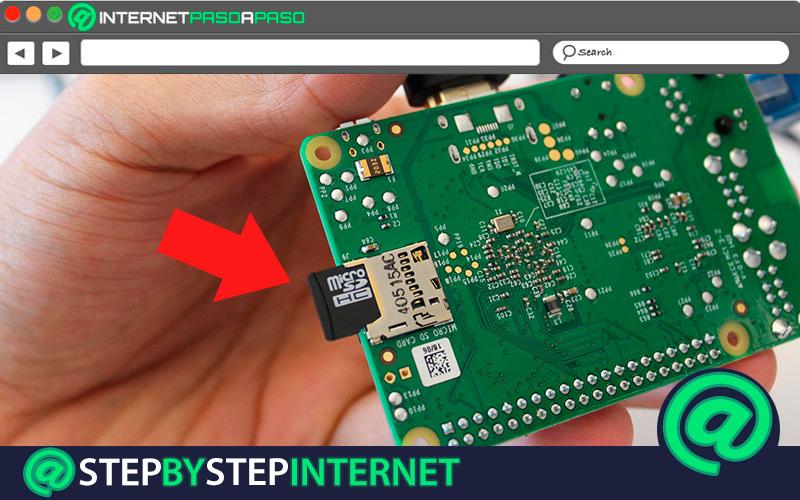 With constant technological update, there are different types of devices that have Android installed by default. Apart from smartphones, we find televisions and emulators that allow us to turn a computer into an intelligent equipment.

But if you are developer, surely you want to entertain yourself in a new project and invest time and resources in an innovative idea. And with that intention, we bring this guide that is based on using the incredible Raspberry Pi cards in a bridge so that your mini computer fulfills the functions that a smartphone would have, not as an emulator but as computer that has Android installed on its Micro SD card.

Once the installation is complete, you can use your Raspberry Pi with games, office applications and entertainment, all downloadable from Google play. We create a diagram with the step by step that must be given to install Android on these cards and we will tell you which versions you should choose to avoid having any problems.

The potential of the Android operating system becomes more evident due to the fact that programmers have their source code available, open and configurable when creating their own applications and adapting them to a device, such as a Raspberry Pi.

Before entering the installation steps, you should know that you are going to need a Raspberry Pi that is one of the highest power and performance.

You will also require the following items:

Programs to be used

Now yes, we start with the steps we must take so that the Android system works smoothly on our Raspberry Pi.

The card must be in perfect condition and it is recommended that it be the original one that your Raspberry Pi brings, so you will avoid installation problems:

Installation on your Raspberry Pi

After you prepare the card, as indicated in the previous step, it may take a few minutes for it to restart:

Now we go to the installation of the rest of the functions, what includes the Google Play Store for downloading applications. Next, you must take some additional steps, since an official version is not being used.

Therefore, you have to enable the “Developer Options” as follows:

As you know, the only legal and safe way to enjoy all the benefits of Android, is if you have your official store.

Therefore, you must ensure the installation of Google Play:

It is recommended that the version you are going to buy of Raspberry Pi is the most recent, so you will not have an extra worry about errors in the Android installation:

Although with a bit of complications due to compatibility issues, it is possible to install the Android system. Its processor is 900MHz and, for this version, the memory was expanded to 1 GB RAM, although it is shared with the graphics.

A 1GHz processor opens the door to the operating system, although its little RAM memory, only 512Mb, it could be an additional problem. It has in its favor having a port for a camera and the Bluetooth 4.1 system.

This version begins to gain ground with respect to its predecessors. Its 1.20GHz Quad-Core processor, combined with 1 GB RAM memory, allows the system to run smoothly and at a good speed.

In this version, the processor increased a bit more to 1.4Ghz, a point in favor for Android, but also Wireless connectivity that went up to 5GHz helps, a highly favorable element for internet connection.

Four updates have come out of this model that change each other due to the amount of available memory. Quad-core processor reaches 1.5 GHz, has VideoCore IV and with wireless connections Bluetooth 5.0 and Wi-Fi 802.11ac. Includes dual monitor support.

In the case of RAM, you get 1, 2, 4 and up to 8 Gb. Of course, a higher capacity increases the price of the plate a little. As you have seen, each of the models has its advantages. The most recent, for its power and compatibility with new software versions, are located in the position of honor in our list.