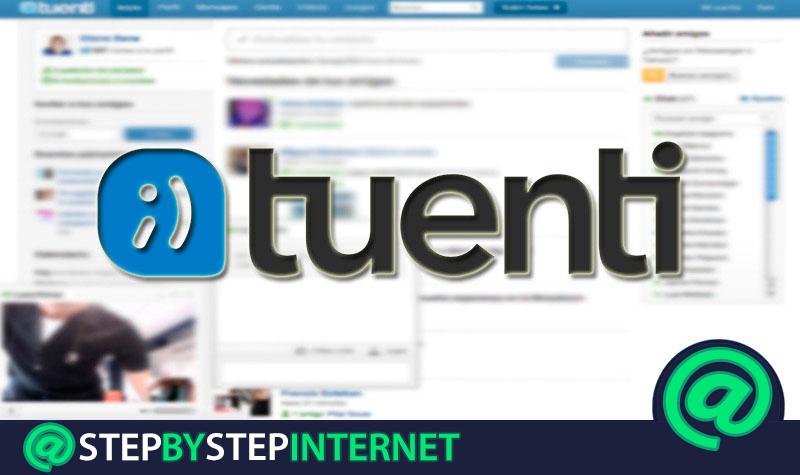 Today, social networks are something completely extended and normalized , but there was also a time when they had to start and take their first steps. The first glimpse of large social network was in 2004 with Facebook. The proposal devised by Mark Zuckerberg in his university environment was extended throughout the United States and only three years later he would enter Europe to extend all its benefits and those facilities that it propitiates in relation to communication .

However, in Spain we had something similar a year before Facebook landed. A group of Spaniards opened Tuenti, a social network that came by surprise and that gradually grew to be the most used within the country . In fact, before 2012 it went through its peak, accumulating a total of users higher than any of its foreign competitors. It was the favorite .

At that time, knowing how to log in to Tuenti was a recurring issue. With so many people wanting to enter, learning this procedure was absolutely necessary; However, things have changed a lot today. This portal has ceased to be a social network to become a business completely focused on virtual telephony. The platform has not worked since August 31, 2017 with that social factor that defined it so much and offering something completely different.

Read moreHow to download videos from Twitter to watch them offline on any device? Step by step guide

Steps to enter the social network Tuenti Is it still possible? In this guide we will explain if you can continue entering the Tuenti social network or if, on the contrary, all you want to do is recover those photos shared at the time. The company provided certain tools to do so, but also for a limited time before throwing the blind completely and looking at a new horizon. If you have questions about all these issues, this will help you .

Read moreHow to manage and manage social networks like a professional and take your online business to the next level?

Tuenti had its origin as a social network more , becoming the most successful in all Spain during the years where it shone most; but little by little it was changing third until it became the telephone company that it is today. We cannot explain any steps to enter the Tuenti social network because it is no longer possible to enter it as such .

The user can, however, register and login on this company’s website ; but the purpose is now quite different. It is no longer about connecting with other users to chat, post photos, tag and comment or organize events; is now a portal dedicated to offering virtual telephone services .

You can login after creating a new profile; but to bring contacts from your phone book and even contact through calls.

It is not possible to access the old social network since August 31, 2017 . Until that date, access was granted to visit the profile and take a look at the photos, and even download them to keep them stored before their final closure. Now, there is no turning back . Tuenti has been completely remodeled to focus on a different business model from the old one. Everyone who entered the period between March 2, 2016 and August 31, 2017 could access their profile on the social network through the mobile app available and, with it, download the entire photos and albums to keep them and prevent them from being completely deleted.

After this period, everyone who tried would run into the inability to log into the old Tuenti and run into something completely different.

So, if you didn’t do anything during that period of more than one year of extension, you can no longer recover any of this . Forget about recovering any photograph in which you appeared or even published, because all that has been completely removed from the network of networks.