Nowadays, Twitter is estimated as the main microblogging service that exists worldwide. Thus, one of the largest social networks that dominates the market and this, it achieves because it is about a simple and didactic platform that allows you to communicate with millions of people.

In this sense, it is considered a site that reveals notable advantages for its users, who have a total of 140 characters to publish the content they want, in a practical and simple way. Thus, elements that are known as "Tweets" and from which the members of Twitter they can interact with each other.

Therefore, each user has the specific option to comment on the posts of others on the social network. However, many people do not know what kind of users can comment on their posts freely or how to access said comments or even, what to do to leave comments on others' posts. Which, we will clarify immediately.

First, it is essential to know who are the people who can comment your Twitter posts or your tweets, without any limitation. Which basically it will depend on the nature of said tweets, since they are handled so much "Public" as also "Protected" in Twitter. In that sense, if your tweets are public, Anyone active on the social network will have the power to see your posts and comment on them..

Taking into account that, this type of post is designated through the default settings in your account. But, if you have decided to protect your tweets, These can only be viewed by your followers on Twitter and, failing that, they will have the option to comment on these publications. However, this particularity will allow them to take screenshots to your tweets and share them.

For its part, it is necessary to note that, when you choose to set your tweets as protected, they cannot be retweeted by your followers. In addition, they will not appear in third-party search engines and, consequently, will not show up in Google results.

Luckily, see the comments that other members of the platform leave on your Twitter posts, it is extremely easy. But, to be much more specific and provide solutions to those users who do not know how to do it, we proceed to explain the steps to follow to access said comments directly from your smartphone or using your computer.

Let's see below how to access from different devices:

Many people today prefer manage your social networks from the comfort of your device mobile.

That is why we will begin to teach the indicated process to read the comments of other users in your Twitter post, through the smartphone:

However, these comments can also be observed from the Notifications section of your account.

In case you want to carry out this procedure using your computer, you will simply have to access the official website of the platform, to carry out the following steps correctly: 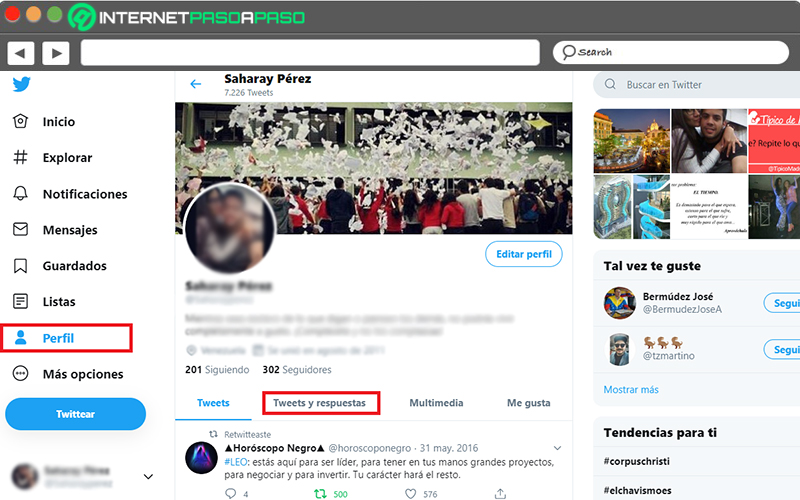 Yes, beyond observing the comments of other users on Twitter, you want to make comments in publications other than yoursYou also have the opportunity to do it from your mobile phone or using the web version of the social network.

Here, we show you how it should be done:

To leave comments on other tweets, it is important to keep in mind that, you can do it from the Home section of the platform or in the profile of the platform member; independently, if you do it with your smartphone or computer.

That said, below, we detail the steps to run it through the mobile: 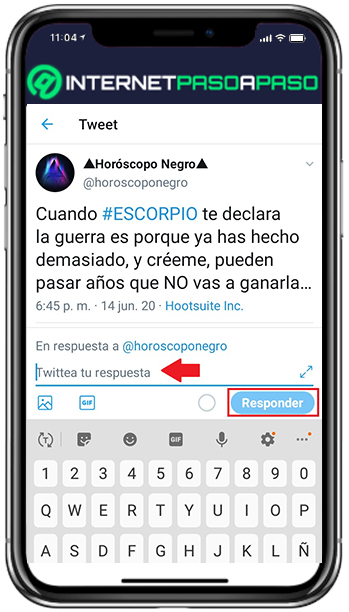 But, if instead of using the Twitter mobile application to leave comments on other users' posts, you prefer to do this directly from its web version, for comfort or for any reason; we also explain the proper procedure to do it correctly. 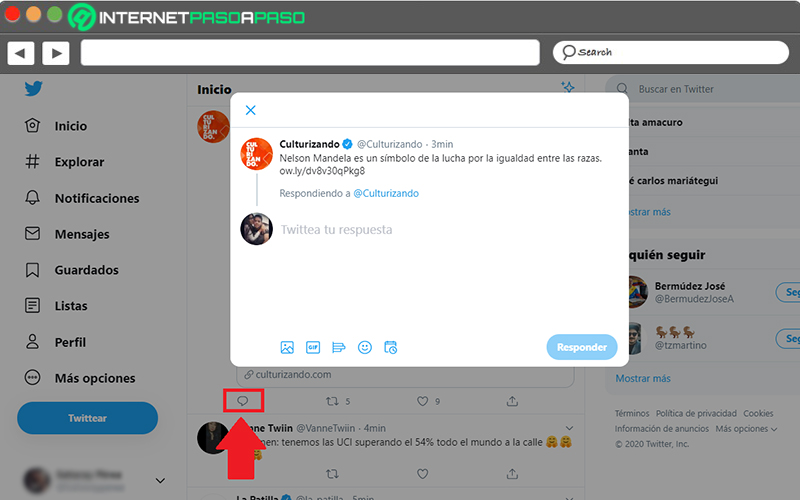 In any case, that is, using the mobile app or the web version of Twitter; can insert images, GIFs, surveys and emoticons in your comments. You even have the possibility of schedule the exact date and time of publication of those responses.