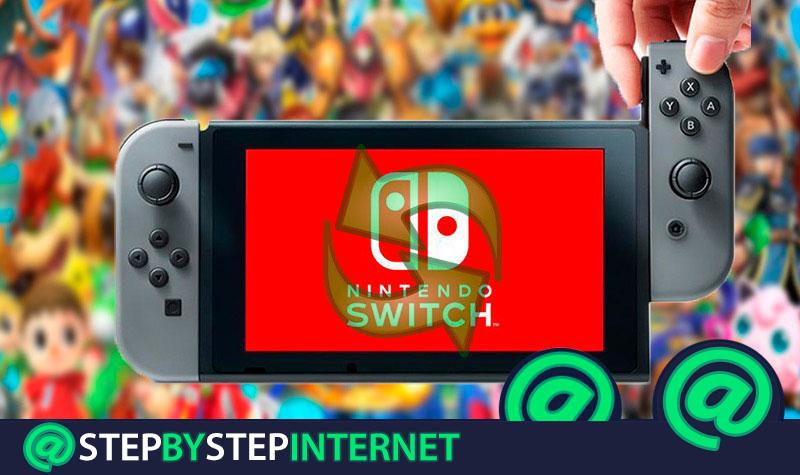 Launched to the world market on March 3, 2017; Friday, as the vast majority of video game launches; Nintendo Switch is the latest video game console from the Japanese giant Nintendo . This company, which has been in operation since 1889 and since 1983 focused on the field of electronic leisure, has once again established its innovative and experienced position in the sector with a system that can be both portable and domestic console.

A game console with removable controls that you can connect to your TV or carry over to play on long trips or small breaks. Like all current, has an operating system that requires going through different revisions from time to time , or what is the same, download updates with which to polish its operation , improve its performance and, incidentally, incorporate more possibilities for the user. Thus, for example, you have implemented a video saving system or even improved the ability to send content to social networks.

It goes without saying that its installation is mandatory and essential to avoid possible problems, in addition to connecting to the internet. If you have to do it, but you don’t know how to update the Nintendo Switch console , this guide will give you the answer you need explaining step by step what you should do so that the version of the operating system is always the most recent and so that, in passing, your controls are also updated. Because yes, those known as Joy-Con also receive updates.

Steps to follow to update the Nintendo Switch console

In the following sections, we will also explain what the most important improvements that have come with the newest versions of the console firmware have been. Each time one of these updates lands, its users come across more and more new features that serve to take advantage of a wide range of possibilities.

Despite being a console that has been on the market for a short time, Switch has already received several firmware updates that have served to improve its performance and incorporate more and more new features. In most cases, these are small modifications to fix errors that are here or there, but in one way or another they end up being mandatory installation so you don’t restrict access to the eShop , the multiplayer and, ultimately, its entire online component.

Therefore, we will explain the steps to follow to install the latest firmware version of the Nintendo Switch manually . Although you have the option to do it automatically, you may not detect the available updates correctly, if that is your case, follow this procedure:

If you follow these two procedures, in addition to having your console renewed with the newest version of its software, you will also ensure that your controls are at the same height.

What improvements does the latest update of the Nintendo Switch incorporate?

Although in most cases Nintendo just mention “stability improvements” or “minor fixes” when talking of the updates released for its most modern console, the latest updates have included significant improvements for both the system and its hardware.

The latest update of the Nintendo Switch , a minor that installs the version 5.0.2 , has included the following improvements:

There are few, however, the last major update of Nintendo Switch , which installed the update 5.0.0 for the console operating system, it did indeed include changes important:

All this, added to the corresponding bug fixes detected in the system and different fields of the system, in addition to other better modifications, are the most notable improvements of the last major update of the hybrid console . Therefore, do not leave much time until installing the new updates, otherwise you will be missing many surprises that the giant of the videogame world has prepared for us !.