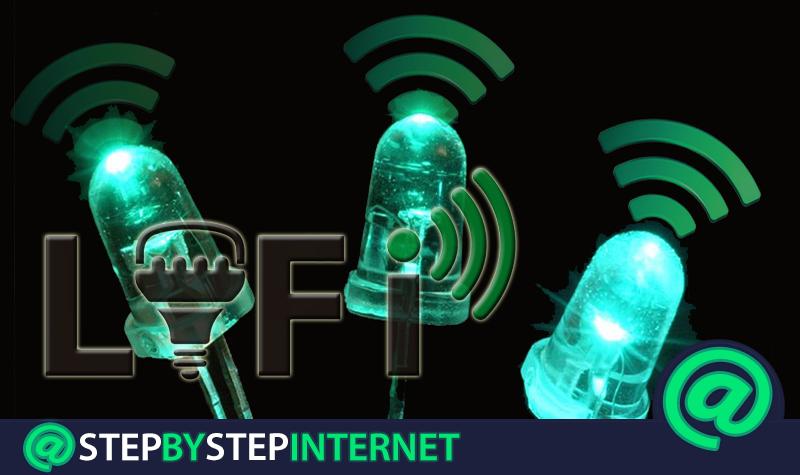 Until a few years ago, the possibility of using light to connect to the Internet was certainly unimaginable. But this has become a reality thanks to Li-Fi technology, which opens a new access to keep us connected by wireless means.

While networks based on electromagnetic space are nothing new, with the Wifi acting as protagonist and obligatory companion in homes and offices in the last two decades, now have the possibility take advantage of something as simple as a light bulb for the same purposes it is still amazing.

All of the above is our way of inviting you to read the content of this article, after which you will be better informed about the concept Li-Fi technology, its origins, benefits and other related issues.

What is Li-Fi technology and what is it for in computing?

In the first place, when we talk about Li-Fi we refer to the acronym in English for Light Fidelity, which for us comes to be fidelity of light. So we are in the presence of a technology of wireless connection using light visible for data transmission. Unlike WiFi, which uses microwaves for communication, the Li-Fi system is powered by something as everyday as led bulbs homes and offices, and can even do the same by ultraviolet and infrared light.

Its operation is as simple as placing a modulator on the LED bulb, which will be turning the light on and off at a speed imperceptible to the human eye, thereby creating a binary sequence. This in turn is collected by a photodiode placed in the receiving device. In this way, Li-Fi technology becomes a big leap within the world of computing, especially in relation to the speed of Internet connections, reaching milestones that not even dreaming of broadband.

History and Origin How was this powerful telecommunications technology developed?

The term Li-Fi was first used by the engineer Harald haas during a TED talk held in 2011. Haas, who is a professor at the University of Edinburgh, UK, started his D-Light project in 2010. One of the topics of that conference was find a substitute for data broadcasting. To reach his conclusions, Haas used the principles of VLC.

What is a type of optical communications based on the transmission of data at frequencies ranging between 400 and 800 THz, which is where the spectrum is located visible light in an open space. While since more than a hundred years ago Research has been carried out on this procedure, the idea put forward by the British engineer has come to be a great novelty, since it demonstrates to achieve the transmission of data using the same elements with which we are used to lighting our homes.

Currently, developments have been achieved that far exceed the initial browsing speed of 10 Mbps, up to a record reached by researchers from the Oxford University with speeds exceeding 224 Gbps across a spectrum of light emitted by LED bulbs. But this is not all, since it is believed that in the future 500 Gbps of speed can be reached.

What are the main benefits of Li-Fi Internet connection?

It is clear that once a system like this is implemented, which for now is being used by a small number of companies and institutions, it will bring some advantages to each. internet user not at all despicable. Just to mention that with a Li-Fi connection you can navigate to a speed between 100 and 400 times higher to which WiFi is capable, you can imagine the sensations. Not to mention, the speed is expected to triple at some point.

Something we should also think about has to do with the great savings in infrastructure. This is because it will no longer be necessary to spend a lot on cables and antennas, since now all that will be replaced by an LED light lamp. This makes Li-Fi a system of higher energy efficiency. Being the spectrum of visible light 10,000 greater than the electromagnetic spectrum on which WiFi is based, it is clear that the risks of saturation are practically eliminated.

In this way, it is presented as the great solution to broadband transmission problems. security of our data, It is undoubted with Li-Fi we will be saying goodbye to the risks that someone penetrates us by penetrating our devices, since to do so it would have to be connected to the same bulb as us.

Likewise, Li-Fi comes to minimize the risks posed by electromagnetic waves in sensitive sites such as hospitals, nuclear power plants and airplanes. This is because it is proven that the new technology reduces the interference problems.

Li-Fi and 5G Technology How can they influence the future of communications? 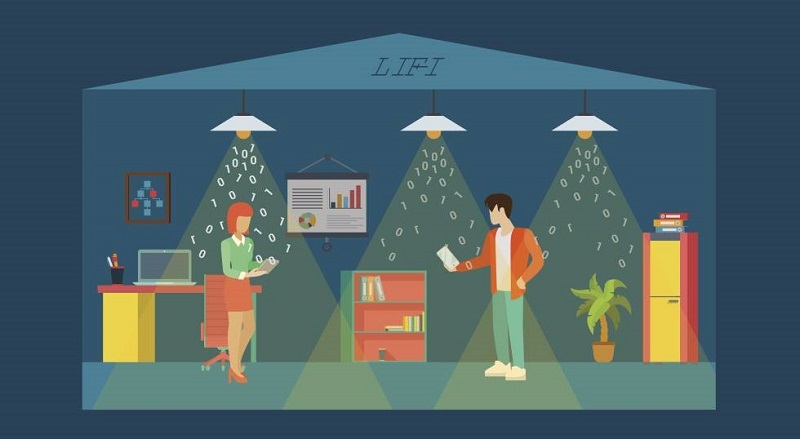 With the advent of 5G technology to the field of telecommunications, and its consequent requirement of higher speeds for connections, it is clear that everything we know to date can fall short. This includes both WiFi as well as Bluetooth, which leaves the use of light as possible only alternative to find a support. It is there that Li-Fi technology reveals once again its superiority over electromagnetic connection systems.

With all that, we can already foresee that both technologies are coming to definitively change the way we have been communicating until now, and even more so when we see that the big names in mobile telephony are worrying about making the 5G get started with built-in Li-Fi.

Limitations of LiFi technology What are the main obstacles to its domestication?

Now, we all know that perfection is difficult, if not impossible, to achieve. By this we mean that Li-Fi technology, along with its advantages, also presents some limitations, or if you want disadvantages, that we must bear in mind. In this sense, the first thing to mention is the short range of the light beams.

By this we mean that the Li-Fi only works inside light cones, and when you leave it you will be losing connectivity. Coupled with that, you must always have the lights on to maintain the connection. So it is not difficult to imagine the number of bulbs that must be kept on to cover a house, the same as in places where there are many offices, taking into account that the range of the home LED light is in a range between 5 and 10 meters.

In the same order, we must emphasize that it is enough for something to come between the emitting device and the receiver so that lose speed and even signal on connection. An additional problem, at least for the common user, is in the scarce supply, both for installers and equipment, for the installation of a Li-Fi system in homes. This, of course, puts it above the budgets of the majority.

What is needed to establish a LiFi connection? Main devices

As we have already said above when talking about their advantage, for the implementation of a system Li-Fi it doesn’t take a big waste in terms of infrastructure.

As you will see below, there are very few devices that are required for its installation, without making a difference whether it is your home or your office:

This is the device that is placed next to the LED bulb. Its function is to vary the wave of the signal, making it travel in the form of binary code to the photoreceptor.

Of course, you are going to need one LED bulb or lamp, which is capable of turning on and off at a speed that the human eye is unable to perceive. This is how the light waves that feed the modulator device are produced.

Also know as photodiode, It is a device that is installed in mobile phones, laptops, computers, cameras, televisions, etc. Its function is to capture changes in the intensity of light to convert them into information in the form of electrical current.