Many times you have heard of linux kernel and you really don't know what this computer tool is for or what is the difference between the kernel and said operating system. If you want to start on the paths of this open source OS, you will have to know precisely what the kernel is.

In this article we will show you What is this element for and what is the information it contains within the operating system. You will also know the most important characteristics of the Linux kernel in terms of its architecture, information language, among other qualities. In addition, you will be able to know what are all the versions that exist of the Linux kernel.

Without wasting any more time, let's start developing this topic. We are sure that you will enjoy all the information we offer you throughout this post.

What is my Linux kernel and what is this element for?

The Linux kernel is the core of the operating system without which no task or function could be performed. This is because it is responsible for coordinating and operating the PC software and hardware. That is, thanks to the core or heart of the Linux OS, the different components of a computer interact correctly.

What kind of information is in this core operating system?

Linux kernel is monolithic type, where you can find functions in kernel quality, that is, not as a user. These will serve to have access to all the data structures that are necessary, both for the software and for the hardware of the device, and thus be able to interact between different programs, or between the software and the components and peripherals. Thus, the information that will be found in the kernel is related to these functionalities.

What are the most important features of the Linux kernel?

At this point in the post, you may have already realized that Linux is not only an operating system that can work on a desktop computer, but it is also considered one of the best OS that exists for servers and computer equipment with greater complexity. Furthermore, it is ideal for use in software programming.

This is due, in principle, to the characteristics of the kernel, which we will mention below:

The architecture of the Linux kernel it is designed so that the kernel gathers all the functions performed by the OS, such as memory or peripheral control inside itself. If you want to change some of these functions, you must compile the kernel to produce the modification, since if there is an error it will spread throughout the OS.

Its operation is characterized by leaving auxiliary programs in memory to load and debug according to some criteria. In this way in the folder "/ Boot" you will find files used like RAM, others intended to be used as memory before all OS is fully loaded, and those that indicate which modules and loading options must be run at startup.

Thus, files can be uploaded and downloaded or modules at the same runtime, modifying the kernel characteristics at the moment. So the loading modules available in the kernel are important to maintain the correct operation of the OS with the computer hardware, thus avoiding consuming all the memory. So another core feature is generated, a virtualization. It is achieved that the kernel can be replaced without having to restart the computer, but we will see this below.

Virtual architecture simulates that the Linux kernel can execute modules as if it were a real or physical computer. In this way, the processes that are related to the resources and abstractions that are generated are restricted by this virtual structure. So the capacity of RAM memory, hard disk, processor and other components obtain a saving of resources when they work in this way.

The executable file format is used ELF (Executable and Linkable Format), with which you can simplify shared libraries. But also Linux allows to use other binary formats that can be entered by the user. 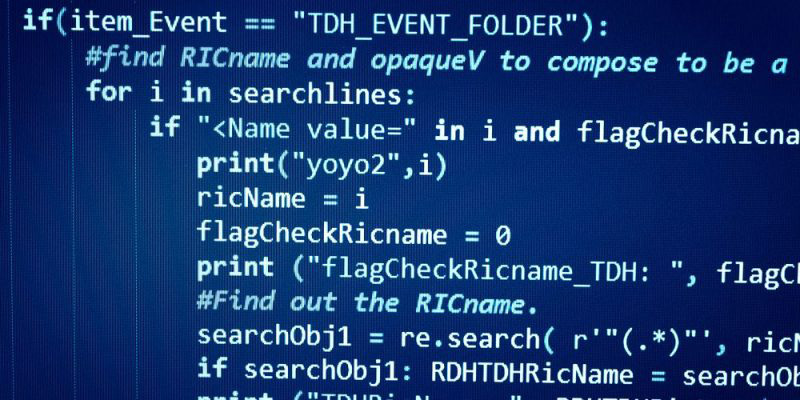 The programming language used by Linux is the variant of the project compiler "GNU", general-purpose, called "C". Which contains modifications to the standard language. This does not mean that it is the only language used in Linux, since you can find others that are used in basic instructions or in the connection that is made in the construction of the kernel, such as Perl or Python.

Portability is the feature that allows operating systems to adapt to different applications from different destinations. According to this, Linux offers, as one of its main advantages, being a portable operating system, since it can be adapted to an almost infinite variety of computers or computer projects.

This feature is intended, in principle, for kernel developers, since the OS displays a message when it detects an error that the system has and from which it cannot be saved. That is, the Kernel Panic displays information to debug these errors or codes. It is also geared towards faults that can occur in resources or computer hardware when the kernel runs.

Linux Security Module It is a free and open source Linux and system philosophy. Thanks to the security modules that the kernel supports, favoritism towards the implementation of any security system in particular and that becomes unique. That is, the kernel supports a variety of models in computer security.

What are all available versions of the Linux kernel and what are they for?

There are different versions of the kernel in which changes are made to improve the OS, which are identified with a nomenclature of four numbers separated by 2 points. The first group shows what is the kernel version, the second is representing the revision which has the Linux kernel, the third group of numbers refers to the revisions that the kernel has according to the drivers that are incorporated. And finally, there is the fourth group of numbers which intended for bug fixes.

Among the main categories of active releases that the kernel has we can find the "Prepatch" or "RC". Which is a previous release of the Linux kernel that is focused on kernel developers who have an advanced level of knowledge, since it contains new features that must be tested with use.

This is released only by the engineer Linus Torvalds. Then there are the "Main Lines", in which it is kept directly by Torvalds. New features that were tested in the Prepatch are directly introduced. These categories are launched every two or three months, according to needs.

Once they are tested, a new kernel category appears, called "Stable". This is dedicated to making the corrections to the errors that a main line can have so that it can be available and stable. Their releases are according to needs, but can be one every 7 days.

Finally, the category of Linux kernel remains "Long term". This is primarily focused on performing maintenance or working on fixes that are carried out on the older core core line. Your job is to introduce specific bug fixes that are considered important. His releases are not very frequent. This should not be confused with the maintenance that is carried out in the different distributions that Linux has, since the kernel developers cannot support these kernels.

Current versions of the Linux kernel include: