While it is true, one of the best database programs out there today, references Access. Which consists of a tool available in the office suite of Microsoft which provides the necessary options to provide an excellent data management system to its users, through its database files.

In that sense, it is characterized by being a software that facilitates the search, organization and presentation of any kind of information, on a professional level. Likewise, this program allows to collect data agile and intuitively, as well as make use of tables, queries, reports, forms and more elements that manage to enrich the documents created in this program.

As if that were not enough, it supports a great level of customization and in order to increase the productivity of its users, accepts elements that are known as Macros. Well, they manage to automate the tasks to be carried out and that is why it is so useful to use them in Access. For learn more about them, know their advantages, their types and even their risks, we invite you to read this post.

Basically, a macro in Microsoft Access is defined as a tool that offers the ability to mechanize certain actions or tasks, in order to add greater functionality to the forms, reports and controls that are executed from this application. Thus, they are about a series of commands, instructions, or patterns which are grouped together as a single indicative and show the sufficiency needed to complete a task automatically.

In that sense, the macros in Access serve as a simplified programming language based on a set of instructions that It is written through the development of a list of actions that can be performed simultaneously. Which means that they are orientations that are carried out sequentially by a single call or order of execution. That way, ensure the automation of repetitive tasks within the software.

Therefore, if you have a repetitive task to run in Microsoft Access, ideally, you should use the macros provided by the program to record these tasks and with this, to execute them in a more automatic way. In this way, it will be easier add functionality to databases, without needing to be an advanced user.

Advantages of using macros in Access How do they facilitate the work in the database?

Thanks to with macros you can record the steps you take to complete a specific task and thus ensure that the program will repeat those same steps on future occasions, of course, they are elements that provide valuable benefits to Access users. Since, they are capable of mechanize a set of actions by means of a series of commands.

So, due to the great utility they offer, it is valuable to know what the most special advantages are when using macros in Access to create and manage your databases:

Types of macros in Access What are all those that I can create in a database? 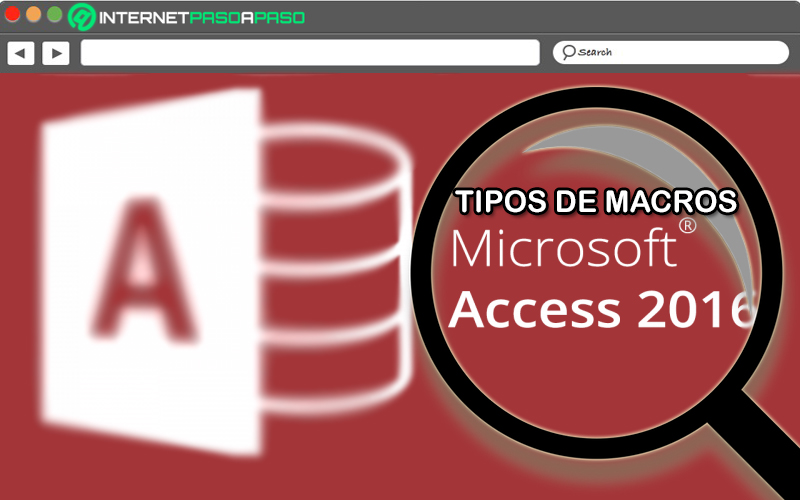 On the other hand, depending on their nature, several typologies of existing macros can be distinguished in Microsoft Access. Due, so that you can use them correctly and adapt them to your requirements, It is relevant that you know what these types are.

Here, we present you one by one:

They are also known as user interface (UI) macros and, basically, they consist of macros attached to user interface objects. That is: text boxes, command buttons, forms and reports. As usual, are used to automate a set of actions, such as: start an export operation, apply a filter, open another object, among other tasks.

As their name implies, they are those macros that are embedded in any of the events provided by a control, form or report. For that reason, are not visible in the navigation pane because they are part of the element in which they were created. Thus, when creating a copy of the control, form or report with embedded macros, these will also be present in said copy.

This is a utility that generally operates as an Access statement that defines a separate macro directly in the Macro Designer window. Among its main characteristics, we specify that a Sub Macro only has a single necessary argument that it’s the name and is described as a string that is displayed as the macro id.

Macro Risks What are the main security concerns? 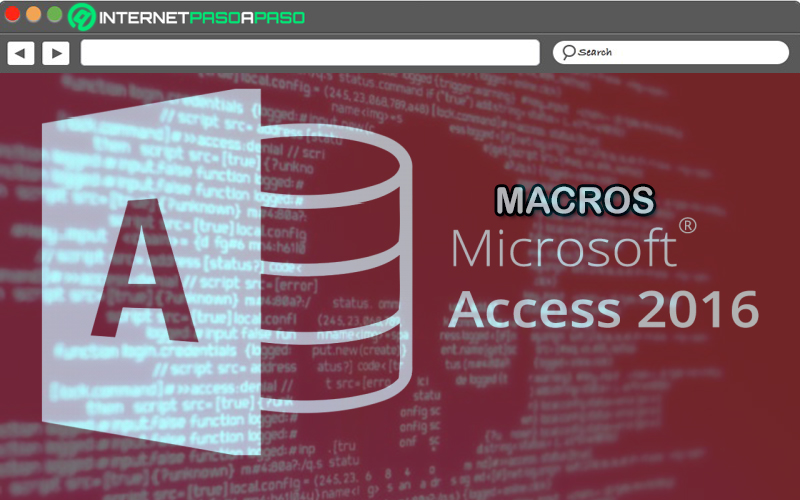 Although it is a very useful function present in Microsoft Access, unfortunately, it is also considered a powerful threat to users. In view of the fact that some automated actions of this type may contain viruses and, therefore, they are considered as suitable tools to spread malware in your database documents.

Consequently, the main security risk when using macros in this program, lies in potentially infecting your computer with viruses. Like, admitting access by cyber criminals who focus on distribute dangerous computer viruses via maros in files of unknown origin.

However, it is also appropriate to take into account that, in the most recent versions, Microsoft Access users enjoy greater security thanks to the Macro Generator which offers numerous available actions and arguments. So, if the database contains macro actions that are not within the trusted list, the software will choose not to explicitly grant the trust status, in order to guarantee the safety of people and their machines.