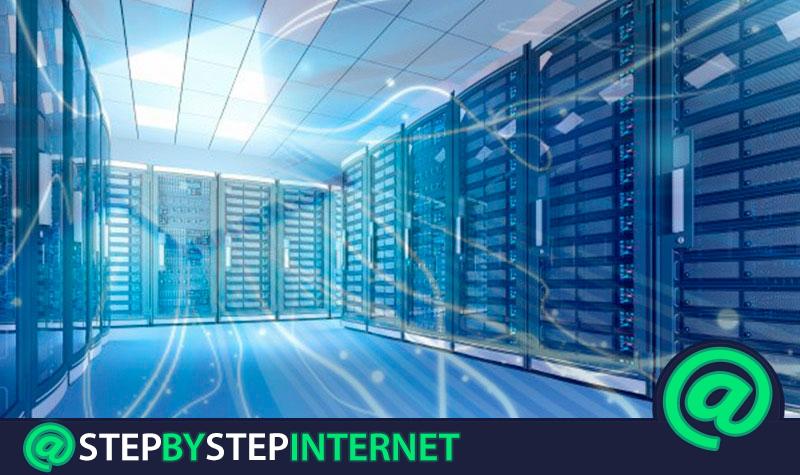 Do you know the concept of central unity? Do you know what the mainframes are? Although unknown to most, these teams or systems have a very important job in today’s society.

They are megacomputers with immense capacity to work millions of data per second, with the corresponding effects that this has when making comparisons, mathematical operations, etc.

If you have been curious, you can not miss this entry in which we will explain in detail what are these computational elements as well as all its history and evolution amen of their similarities and differences with supercomputers .

What is a Mainframe or Central Unit in computing? Definition

The mainframe, central unit in our language, is a large computer (first meters and then, over the years, several decimeters) designed to work with data in unthinkable volumes, firstly for the calculation and then with other objectives for both processing and storage

This assumes, of course, that its characteristics are of very high esteem, with very powerful memories and processors , far removed from what any average user can know today. It stands out from the fact that, thanks to its pampered engineering, to be able to maintain the operative equipment for years, even repairing it without having to turn it off, which makes it efficient even if it cannot.

In cases where false terminals are hugged, we also have the ability to work with several operating systems , functioning as if they were several virtual teams, although obviously We talk about a single machine that, of course, can redistribute its resources between its virtual terminals. Thus, we speak of an exemplary logical partition management system .

Due to its characteristics, its usual use today is in Banking , as a central system, although it is also used to expedite the work of various public bodies as well as in many corporations that, Because of their volume of information, they have accounts to have these devices instead of having dozens of personal computers and their corresponding payroll workers. Some examples would be airlines, stock markets or the Treasury.

The mainframe appears to improve the results of calculating computers with microperforated cards that had been used for several decades since the beginning of the century.

It is the year 1939 that sees how, from Harvard, something bigger, literally and metaphorically speaking begins to cook. Five years later, in 1944, The Harvard Mark I or ASCC comes to light, the first machine that IBM calls “mainframe” or central unit.

We started, as with all computers, with a huge team that occupied a huge university hall and which worked in parallel with calculation algorithms to execute the four basic operations of mathematics: addition, subtraction , division and multiplication , acting as a synchronous calculator.

This could operate with up to two tens of decimals by having 60 physical records of constants and 72 counters for temporary results. Curious fact is that the manufacture of these elements required 800 km of wiring.

I worked with punch cards but it should be noted that you could also enter information from other sources such as mechanical switches or paper . The output of this was also on cards or paper, using mechanical writing machines.

The next decade, as you might expect, was marked by constant research to achieve every possible improvement of this central unit. IBM launches the SSEC, which incorporates both mechanical and electronic parts . The function was identical to the previous set, the calculation. It should be mentioned, as an interesting fact, that the first thing this computer worked on was the calculation of the Moon’s distance in relation to the planets of our system, for which it required 6 months.

The war brings us the birth of what was the first mainframe with digital information processing system, with the programs included in its internal memory, the IBM 701 . This was specifically designed to work for the US. UU. in the Korean War, I wanted this to be useful when designing ammunition and aerospace ships. It is shocking to know that, as it was the one that started the modern era of computing, it only sold 19 units.

From here , the efforts of the engineers fell in improving the design and that this could be adapted to the novelties that science was knowing. A large part of these efforts was devoted to the physicality of the team and some of its components, always looking for a more efficient set and reduced physical error .

The digital era begins with the IBM 7000, launched to unblock vacuum valve technology once and for all, and for which it was provided with transistors . This happened in 1964.

The first configurable mainframe is the S / 360 , a line that was created to fit all budgets and requirements. This made them really attractive to a much larger audience, something that was also responsible for their multi-purpose team orientation . 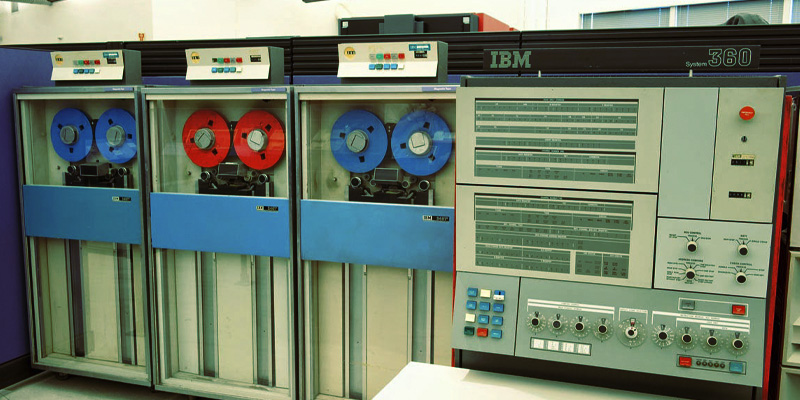 The following line was launched, the S / 370, based on 32-bit architecture, backward compatible with the previous personal computers and a great success combine, remaining two decades in the market.

Despite the clones that emerged, IBM had a product without competition, so was able to gather its efforts on improvements for this and not quickly launch another new model. New processors were designed, the equipment was adapted to new interfaces, Linux was introduced custom-made for these mainframes , IBM designed its own operating system …

The new century brings with it a new architecture, z / Architecture , also from IBM, jumping to 64 bits but maintaining, again, backwards compatibility with the previous models.

It goes without saying that IBM was not the only one to launch central units. Although, we cannot deny that it was the one that marked the history, milestone by milestone, of these teams.

What are the main features of this type of super computer?

As you can guess after having read all of the above, there are a number of components or features that are essential for this type of computer while others are not even taken into consideration.

The aspects to consider when hardware would be:

In relation to software, what is valued in a central unit is:

Is a Central Unit the same as a Super Computer?

Absolutely not. Although it is not easy to explain what the differences are, then, in the end, both concepts refer to large computers and greater power fits.

However, there is a clear difference, at least in theory. This is the fact of having the mainframe as the resolving element of problems that are limited by peripherals and the reliability of the elements and the supercomputer as a solver of the problems that occur when they are limited by the speed of calculation .

Thus, we find the following: