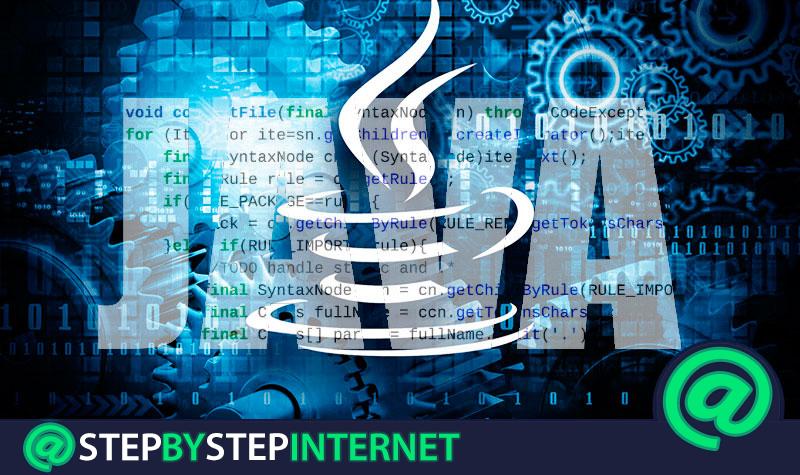 Without a doubt, Java is distinguished by being one of the most famous programming languages ​​today and even, it is the main language in which a large number of programmers have developed their professional career worldwide. Taking into account that, already has more than 20 years between us .

It should be noted that, this authentic modern language was conceived around the idea of ​​working on any computer. Which, is a project developed by the team of James Gosling , a renowned computer scientist who is the father of this programming language.

Given the remarkable importance that Java has had since its birth, it is necessary to know what are the peculiarities that distinguished this language from the rest since its inception and even know which versions of it exist until the present day. Therefore, we will detail all this throughout the post.

Read moreHow to play MP3 music from any device easy and fast? Step by step guide

What outstanding features distinguished Java from the other programming languages? ?

In view of the great fame that this computer language has, you will surely be wondering what are the qualities it exhibits compared to the rest of the programming languages ​​ that There are , so many programmers decide to develop in this world of technology from it.

In such a way that, below, we present you the most important features that the Java language shows since its inception:

Read moreFile extension .ASF: What are and how to reproduce this type of video formats?

Chronology of all Java versions that have been developed so far

Now, it is time to detail the existing versions of Java so far, in order to specify how many there are and what they are , also knowing their characteristics of greatest interest.

As its identification allows to deduce it, it is the first version of the Java computer language. Which was announced by the scientific director of Sun Microsystems, John Gage and the vice president of Netscape, Marc Andreessen . Taking into account that, this last character also reported that Java series supported in Netscape browsers.

A year later, the second version of this programming language emerged. Which, included substantial improvements and made an important leap with respect to the use of language worldwide.

With another very important evolution, this new version of the programming language appears, which is collected under the name “Java 2” and the name “J2SE” . Taking into account that, from here, the following versions treasured that denomination.

Also recognized as “2SE 1.3” , which brought significant improvements in the new millennium. Given that, so far, it is already a mature platform.

It is distinguished from the other versions, as it is the first launch of the Java platform developed under the Java Community process as “JSR 59”. This version is also identified as “J2SE 1.4” .

Then, two years later, Java 5 or “J2SE 5.0” was born; version in which two important jumps could be noticed at the Core level of the language. In view of, the inclusion of “Generic Types” and the concept of metadata with the use of annotations.

This version of 2006 was under development under JSR 270 and it was right here that Sun changed the name “J2SE” that was installed since version 1.2 by “Java SE” . As well as the new versions, it also showed important changes and / or improvements.

It is also called “Java SE 7” and its code name is Dolphin . That way, it produces a great optimization of the virtual machine, since it included new garbage collectors. But, your changes around language are truly limited.

Mainly, it is a version that has the support for Lambda expressions and streams , which guarantees a much more functional style for Java programs.

This is one of the newest versions of this programming language, which is also known as “Java SE 9” . In this regard, it should be noted that, although its expected launch date was July 9 of that same year, this had some delay due to some security problems located within the platform .

One year after the previous one, the Java SE 10 version was published in order to guarantee a prolonged support every year and a half, approximately. For this, offer long-term support or LTS and, with that, companies have security in the applications they develop .

Just six months after version 10, a new version of Java appeared that is also known as “Java SE 11” . The one that, in that same year, could include several relevant news in terms of security .