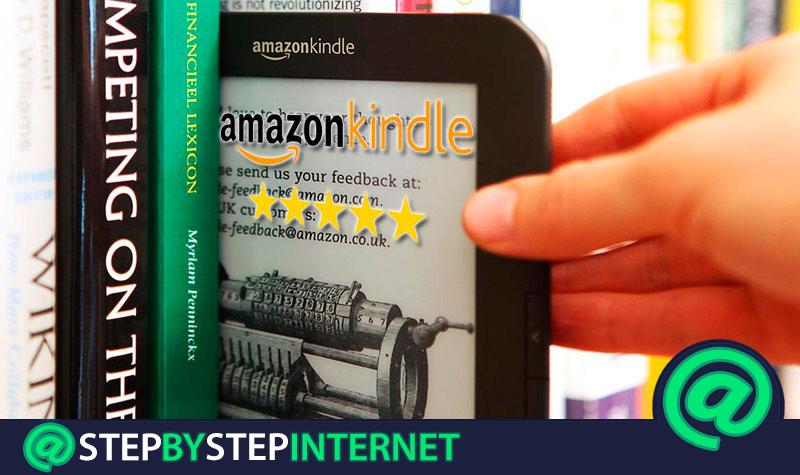 While it is true, Amazon is a world famous e-commerce and cloud computing services company. Which, offers different alternatives for the entertainment of its users and as any time is ideal for reading a book, especially in electronic format, created for this an option known as “Amazon Kindle” .

In this sense, Amazon Kindle is responsible for offering a huge catalog of electronic books also identified as “e-books” . Which, currently, show a remarkable distribution over the network in the vast majority of countries. Therefore, Amazon’s Kindle offers digital books in several languages, as well as graphic novels and comics.

In addition to this, it should be noted that its devices simplify the reading of books from Amazon and even other platforms. But, since to date there are different versions of the Kindle eReader of this service , it is valuable to know them and then we tell you all about it including their prices.

Amazon Kindle to the market?

For starters, it should be noted that the “Kindle” refers to an electronic or digital book reader that is based on a portable device capable of simplifying the purchase, storage and storage. possibility to read any number of digitized books you want. Thus, a device designed and created by the same Amazon virtual store, which until several years ago had already sold more than 4 million of these devices.

On the other hand, you will wonder when its first version was launched to the market and well, how it emerged so that, today, it has such fame. Therefore, we mentioned that in the beginning the original project was called “Fiona” in 2004 and from there, the Amazon eReader was born.

Read moreHow to be a package pick-up point on Amazon and earn money? step by step guide

This being an order that Jeff Bezos , founder and CEO of Amazon; gave its employees in order to develop the best digital book reader that could exist worldwide .

For its part, three years later (that is, in 2007), these employees obtained the desired result by the renowned e-commerce company. Therefore, specifically on November 19, 2007, the first Kindle with a unique format was released for sale , since it was a 6-inch electronic ink screen with a physical keyboard that it remained for later generations.

However, Amazon’s Kindle has evolved significantly, to this day.

As we have indicated in the previous section of the post, since 2007, the eReader of the world’s largest e-commerce company has shown a great evolution until today, since have been developed and sold various types of such devices . Which, it is of great importance to know in detail because they are the versions of this Kindle and then.

We indicate the most special chronologically:

As we noted earlier, this was the Amazon device that kicked off the important era of the Kindle . Therefore, he showed a truly excessive demand for more than four consecutive months.

Thus, as its name implies, this was the second generation Amazon eReader. Therefore, exhibited certain improvements over the first device launched on the market , two years later.

Price: It was sold for a price of around 328 euros, that is, more accessible than the first Amazon Kindle.

Also launched in 2009, this device was designed by the e-commerce company in order to bet on a new large format eReader . This, mainly, to be able to visualize how it was digested by the public and thus continue designing similar proposals.

Price: From its launch, it was priced at 446.95 euros . So, in its short history, it was the device with the highest price.

A year later, the third generation of the Amazon Kindle began. Which, began its boom with a model that modified the design of the keyboard to offer greater novelty. Taking into account that, much of the users and the industry in general, ended up calling this device as the “Kindle 3” .

Price: It had truly competitive prices. Thanks to that, the one that contained the WiFi function had only a cost of 127 euros . While the 3G variant, it was sold for a price of 172.75 euros .

We have reached the fourth generation of the Kindle family , because these models were the only two representatives of the Amazon eReader range. Taking into account that, although they were launched only one year later, they showed the absence of QWERTY keyboards.

With these versions of Amazon’s Kindle eReader, the fifth generation began, which, like the previous one, was also represented by two devices that were launched to the market at the same time .

As the title indicates, this version was the second generation of the powerful Paperwhite model of the Kindle designed by Amazon. Which, although it didn’t have many changes, introduced certain additional features of great interest .

Price: The WiFi version was priced at 127 euros (with ads) and 191 euros (without ads, which was launched in November of that same year).

Although the Kindle 7 and Voyage were not released on the same day, both belong to the seventh generation of the device family. Which, were published to the market in order to complete their catalog of the year with a basic model and another of a higher range.

The Kindle Voyage was one of the most ambitious versions of all, but it also kept the screen 6 inches .