Created and developed by Google and the Open Handset Alliance, Android is considered one of the operating systems with the greatest worldwide recognition and is even the most used due to its customization capacity and Extensive functions offered to its customers. Taking into account that, fortunately, has been a project in great evolution .

In this sense, today, about 17 major versions of Android are already known and from them, this platform continues to maintain the crown of the mobile operating system by default. It should be noted that, since its original release, its versions have followed a tradition of being named as a dessert , except for the last one that went on the market.

Thus, surely you will be wondering why the company decided that its versions, when correcting bugs and adding new functionalities, would continue to be called sweet and then we will tell you the reason for that. Followed by, the main features of each of the Android references .

Why do all versions of the Android operating system have a sweet name?

Before starting with the list corresponding to the versions of Android, so far; It is appropriate to note that each of them, by positioning itself as the most innovative, introduces new features and notable improvements over its predecessor version .

Now, around their identification, in addition to containing a certain two-digit enumeration, is also given a popular dessert name in English , adopting an alphabetical order between them. The reason for this is due to an internal joke that started with Android 1.5 Cupcake, said Randall Sarafa, the Google spokesman.

In addition, the company in general, said that these names of candy are also due to the ability that smartphones and tablets have to sweeten the lives of all its users . Which, despite being unconvincing, was accepted by the public.

However, there are certain myths regarding these identifications of the Android versions. Since, it has also been commented that it is due to a strategy of the company to make striking presentations that cause more curiosity in users .

Additionally, there are those who affirm that this was an idea of ​​the workers themselves to refer to the poor diet they had been working for so many hours in their development.

But, it should be noted that, the latest version of this operating system today, is simply called “Android 10” . That is, it is the only one that stopped following such a tradition and is not identified with a typical dessert name.

This, so that the same users can know, more easily, whether they are updated or not . Well, it’s easier to know that the “Android 11” is more current than the Android 10; unlike stressing that you have Android Pie and your Android Oreo partner.

Now, we have reached the section of the post where you can know each and every one of the versions of Android, its release dates and of course, its particularities and innovations of greater interest to users .

Then, all about it:

Of course, it is the first commercial version published worldwide, through the first Android device. Which, was an HTC Dream and of this, mainly, one million units were sold in the United States and around one hundred thousand in the United Kingdom.

For its part, the Apple Pie version of this operating system had a drop-down menu of notifications and users could make use of “Android Market” which, in At that time, it was the free app store for Android because it still didn’t handle a payment system for users.

In addition to this, it had desktop widgets, voice dialing option, camera support and in it, it was still not possible to adjust the resolution, quality and white balance in images. But, the OS already had with a browser, YouTube video player, Google Maps and Google Talk .

Only a few months later, version 1.1 of the Android was released, a major known as “Banana Bread “. Which, was created to solve most errors discovered in the Android Apple Pie. Taking into account that, at this point, the Android Market introduced support for apps and paid games , in order to generate revenue for its developers.

In addition to this, it included important news such as voice search, from “Google Voice Search” which consisted of voice commands later translated by the same search engine. Apart from that, he added a service called “Google Latitude” with which users could share their location with the rest of the world and it is a version that allows you to save attachments in messages .

In the same year of Banana Bread, another new version of this operating system was also known, identified as Android Cupcake or Android 1.5 . Being, the first version with a pastry name or, the first to use a name based on a dessert, officially.

It should be noted that, Android Cupcake is one of the most important versions, because it added a determining component of the system and that today, it is completely essential. Thus, is the virtual keyboard or the “touchscreen” screen that allowed users to manage the keyboard directly from the device screen.

Additionally, there were notable improvements in the interface, so the notification panel was completely redesigned . This, thanks to a background that now showed a new texture and notification cards with a smoother and cleaner appearance. It also included autosynchronization, support for Bluetooth stereo, auto-rotation option , ability to upload videos to YouTube, etc. 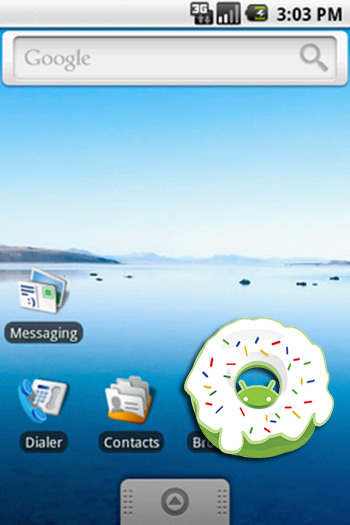 Again, another version of Android launched in 2009 and this time, it was Android Donut that, with respect to the Cupcake version, some small visual touches were made in the interface . However, the highlight of version 1.6 of the OS was at its core.

In this sense, numerous new features are also included in this update, such as a new design for Android Market , the acceptance of different screen resolutions, improved search by text entry and voice to add history of favorites, contacts and the web.

In addition, now the mobile gallery allows users to select several photos to delete them simultaneously and has speed optimization in search and camera application. Even the Android SDK was launched that allowed developers to create apps.

In October of the same year, the launch of the Android Eclair took place, which was a before and after in the development and evolution of this famous operating system. In view of that, he added valuable developments in software design and architecture. In addition, with this version, Android began to adapt to the new market where different models of mobile phones with different sizes were launched.

That’s why, he added support for different screen sizes and also introduced a renewed lock screen with rotary panel that emulated the dial of the old analog phones.

It also allowed users to add different accounts to the device and also synchronize each one with their Gmail account . In addition, it had a great improvement in typing speed on the virtual keyboard, where it contained an intelligent dictionary capable of learning the use of certain words to suggest to users (including contact names). 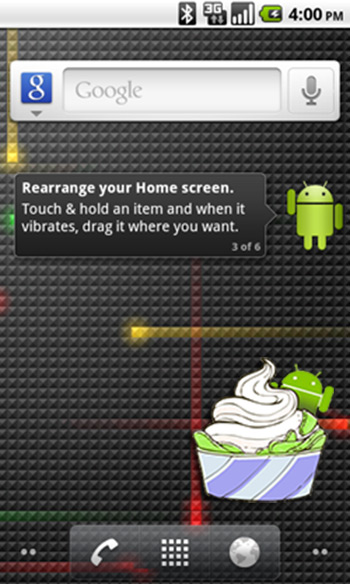 With the release of this version of Android, Google published its first smartphone, known as “Nexus One” . In such a way that, from this mobile, the company guaranteed a pure experience with its operating system and thus, they were able to prevent other manufacturers from interposing their own ROMs.

Among its features of greatest interest, we find numerous changes aimed at personal and corporate use at the same time. These being the following: Possibility of deactivating data access on the mobile network, allowed video recording in 720p , support for Adobe Flash, network anchoring functionality via USB and Wi -Fi hotspot, support optimization for Microsoft Exchange, etc.

A few months later, the Gingerbread of Android was known worldwide. Being a version that, in order to compete aesthetically with iOS, the white and gray colors of its interface disappeared and gave way to darker tones and also to the intense green as the accent color. Thus, exhibited a much more modern design than version 2.2 detailed above.

For its part, it added native support for SIP and VoIP Internet telephony, as well as for the Open Accessory library to connect two devices through USC provided that the app and software were compatible. One of its biggest advantages is that support for video or voice chat was included here through the Google Talk application .

In addition to that, he obtained improvements in energy management. Like, optimizations in audio, graphics and input for game developers and even more sensors (such as the barometer and gyroscope) were included. 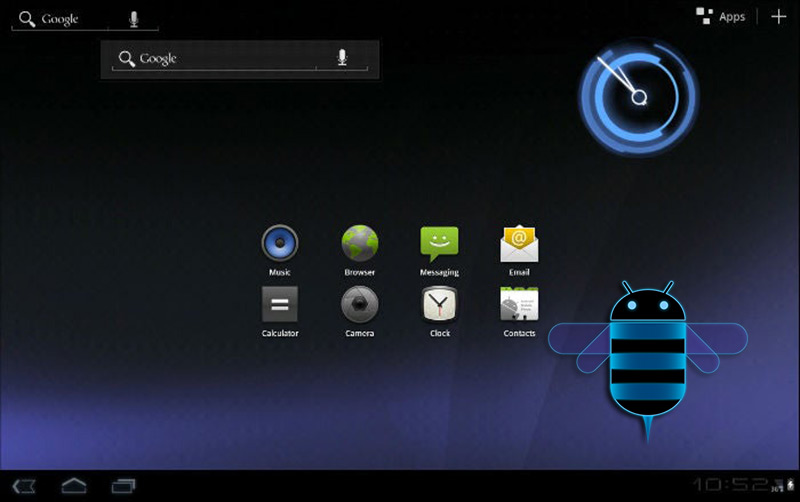 The next year, version 3.0 of Android came to light, which stands out as the first exclusive update for TV and tablet. That is to say, this has nothing to do with the mobile phones that operate under Android. Taking into account that, in this way, the first device with Honeycomb was the tablet “Motorola Xoom” .

For its part, it added a system bar with quick access to notifications, states and smoothed navigation buttons, available at the bottom of the screen. You also have the option to view albums and other photo collections in full screen mode in gallery, support for video chat using Google Talk , etc.

Unlike the Android Gingerbread version where the green accent color was exhibited, this feature was abandoned. To do so, give way to different shades of bright blue , which achieved a good contrast with the black of the system menus and the background of the apps.

It was a version released with the Samsung Galaxy Nexus and unlike its predecessor, was designed to support smartphones and tablets at the same time . Thanks to this update, the company moved into a new phase by becoming the most used mobile OS worldwide and thanks to the fact that I surpass BlackBerry in market share.

Now, with respect to its most important optimizations, we find that Android Beam is included to enable the rapid exchange of web links, addresses, contact information and other types of data through NFC Added to this, it was the first version in which the font was renewed and Roboto (of the sans-serif type) was installed.

In addition, the option to close apps that consume megabytes in the background was started. 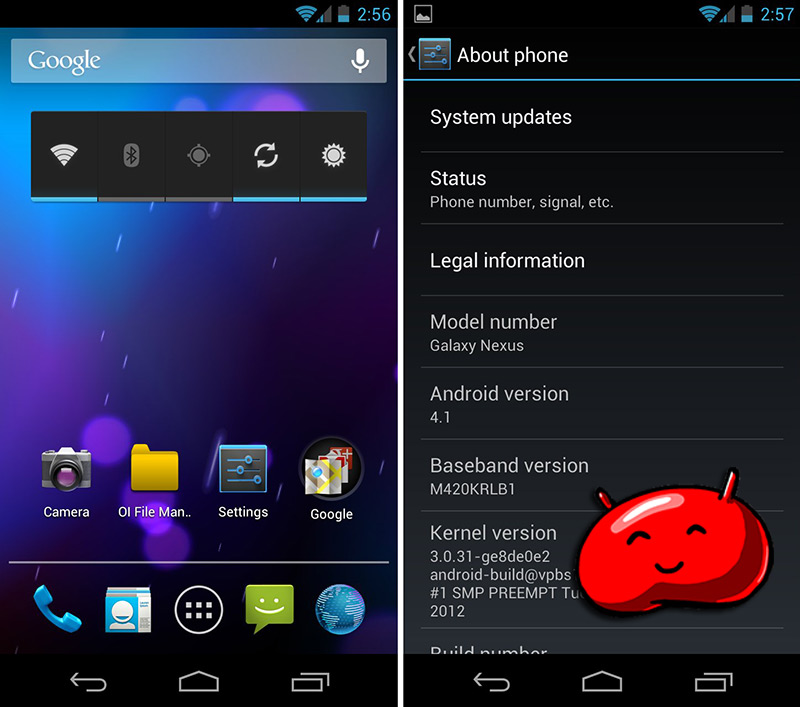 Almost a year later, Jelly Bean became known as the newest version of this operating system and from it, it was possible to improve the performance and functionality of the user interface as a whole , being much more optimized than the one shown by Android 4.0.