The largest technology communities around the world always have been started thanks to the immense enthusiasm of hobbyists, who have done their bit to improve the world.

When we talk about free license software, it immediately leads us to think that there is a gigantic community that stands out and overshadows all the others. Thus In this lengthy article we are going to delve into a prominent community of open source operating systems.

So If you have a complaint with your operating system current or need to work in a specific area, surely here you will find the ideal system for you.

What unique features did the first version of the open source Linux operating system have?

Chronology of all versions of the Linux operating system that exist


A «Distro» as Linux versions are generally known, it is simply a distribution of GNU / Linux software that includes a program package, according to the needs for which it was created.

In this case we have prepared an extensive list of the Distro organized according to the chronological order to which they correspond.

We must emphasize that in it We have left out all versions that are not supported or were failed projects. This in order to save you unnecessary reading time, since we would not have a list of more than 800 versions of Linux.

So after Linus Torvalds created his fledgling operating system in 1991 for mere amusement, Enthusiastic collaborators arrived and the first of them emerged: 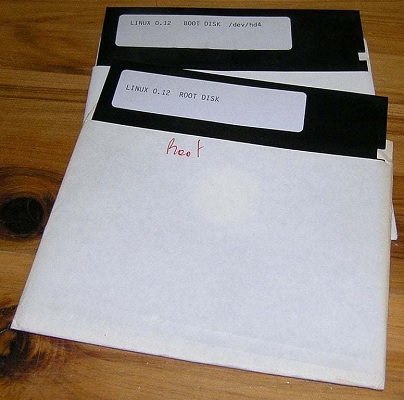 It is the first Linux distribution in the world, created by HJ Lu in 1992.

The installation had to be carried out with 2 floppy disks, one of which was in charge of booting the computer and the other of rooting it. For the process to be successful, the team needed to have a hex editor. 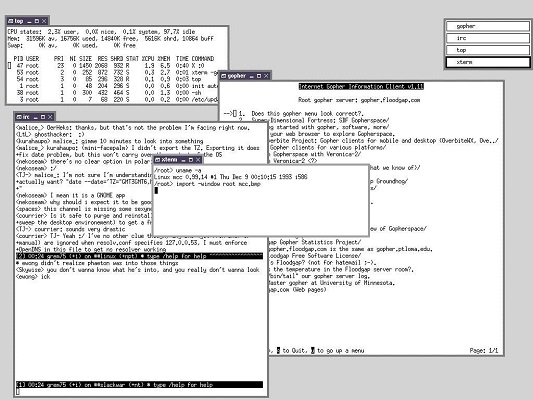 This is a very old Linux distribution developed at the Manchester Computer Center, England also in 1992.

It was created by Owen Le Blanc, and stood out for being the first installment capable of being installed independently on any PC. It was publicly distributed on an FTP server of the aforementioned university. 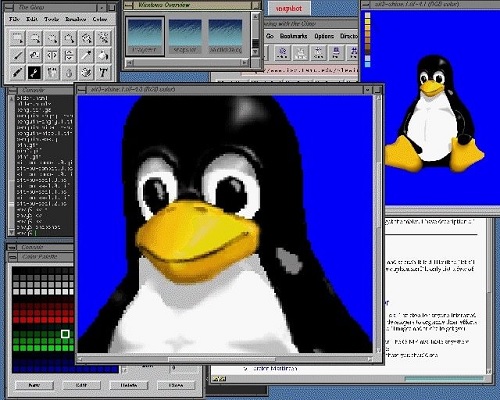 A few months later, in the same year 1992, another Linux installment emerged developed at Texas A&M in conjunction with Unix and Linux User Group. This third installment was the first to offer a variety of windows on the system and not just a simple text editor. 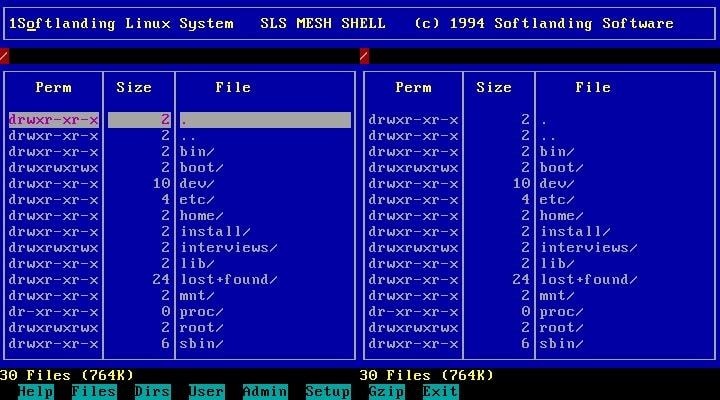 This version of Linux was released almost in parallel with the previous one, with the difference that It lays the foundation for the best Linux releases known today.

It was based on MCC Interim Linux and was devised by Peter Mcdonald.

As we mentioned before, 2 of the Linux Distro that are still in force were based on SLS, these are «Slackware » and Debian. 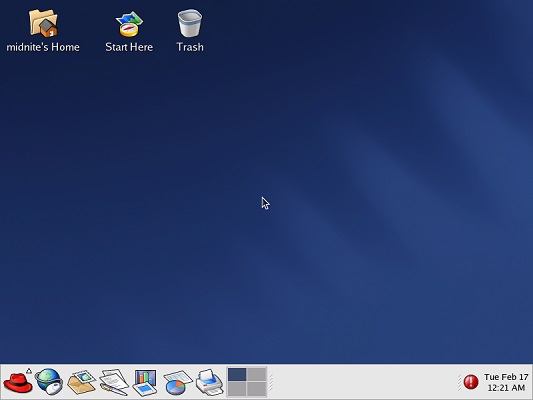 It is one of the oldest versions of Linux that is still in force today. Although, it does it under another name after merging with Fedora.

It was launched by the Red Hat company in 1994 and it is one of the few commercial versions. After its merger in 2003 it works under the name of Red Hat Enterprise Linux.

It was the first version to use package management tools for programs, and laid the groundwork for other versions to implement them. 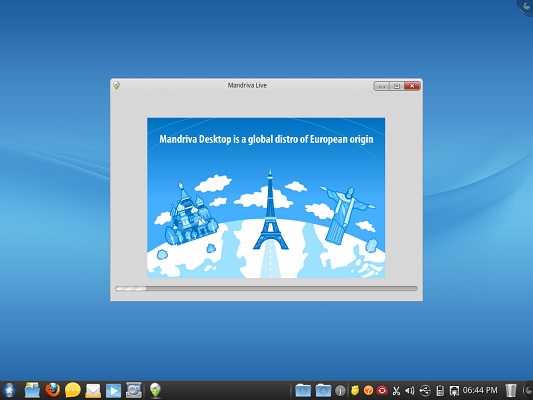 Launched on 1998, based on Red Hat Linux and addressed to the public with personal computers. It was the ideal system for both beginners and advanced in the areas of computing.

The developer of this system was the Co-founder of the French company MandrakeSoft, Gael Duval. 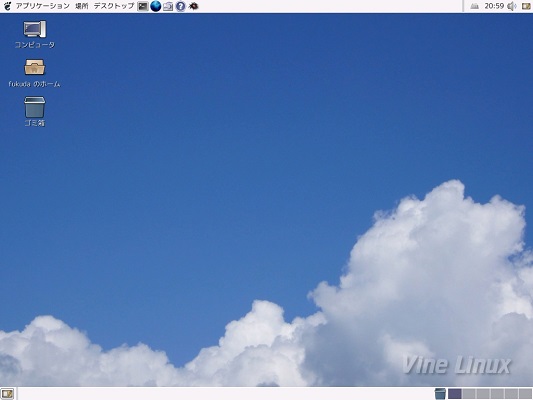 This is a Linux distribution for Japanese, it is a fork of the well-known Red Hat sponsored by VineCaves. The development of this installment It started in 1998 and in 2000 it was released to the public. 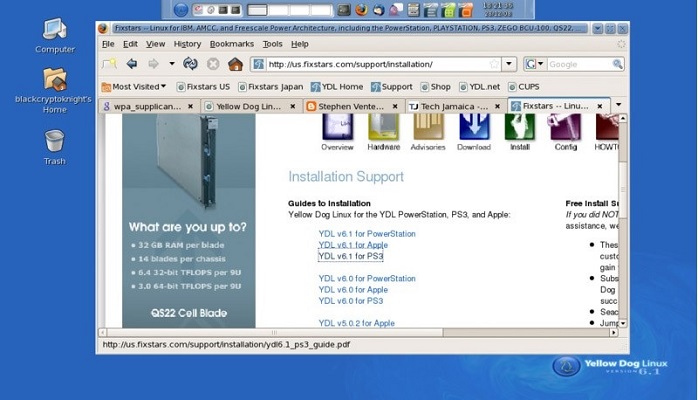 It is a distribution that is around the year 1999 developed almost on par with Red Hat Linux and based on it.
With the difference that it was focused on running perfectly on computers with Power PC processors. 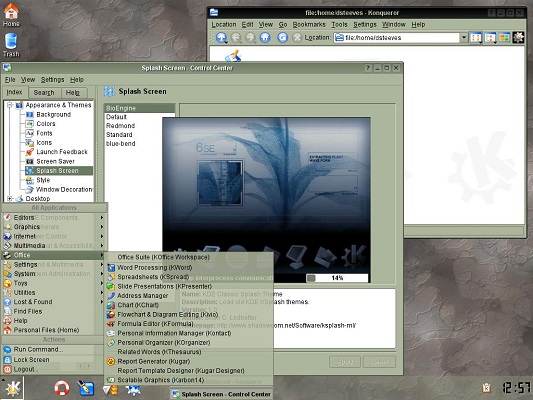 It is one of the first minimalist versions of Linux, simple and developer-oriented. It was released in 2001 and currently continues to work with the Linux kernel. Updates are made by numerous developers in the CRUX community. 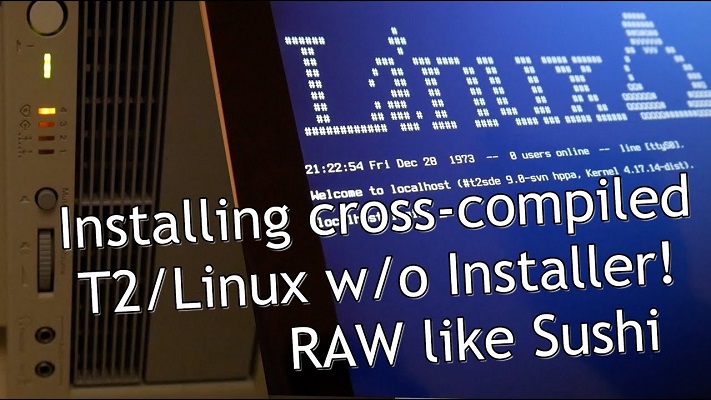 This is a simple distribution that came out in the course of 2001, in order that computers with PA-RISC processors could enjoy a system with the Linux Kernel. 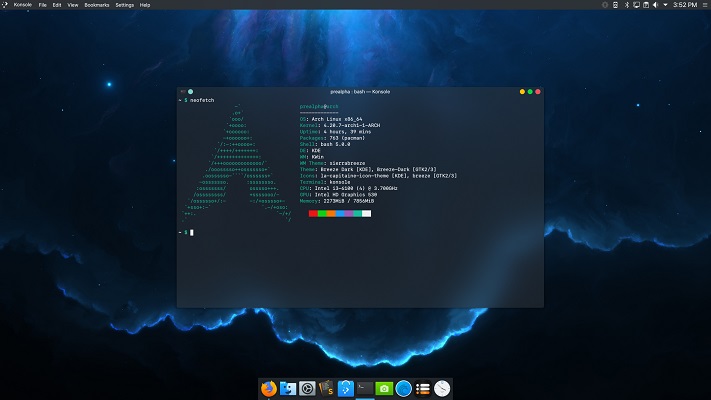 In the year 2002, Judd Vinet created Arch Linux based on Crux. Therefore it is also a minimalist installment, characterized by including few applications in its installation. It is one of the first to automatically receive online updates. 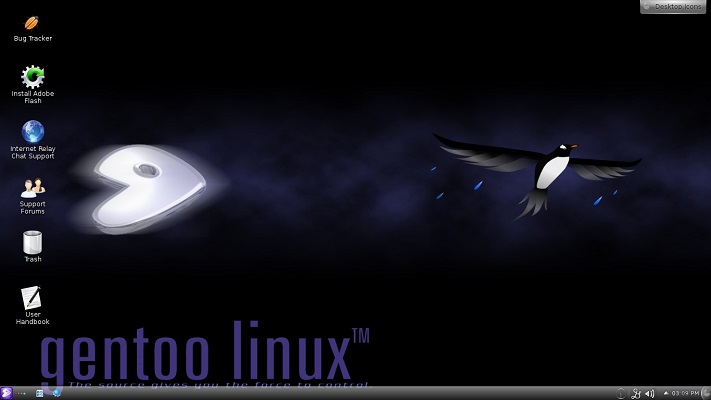 This version never had an official launch, however, it has been operating under the Gentoo name since 2002.

Said name refers to the papua penguin, in consideration that the pet of this system is a bird of this type. It easily adapts to any architecture and offers great performance for those experienced users with font packages. 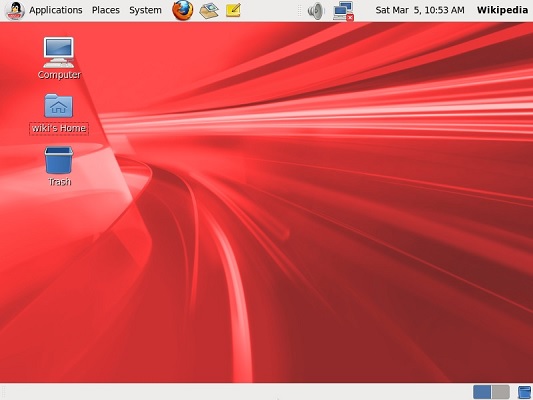 This system began to operate as Support for Oracle Red Hat Linux users in 2002. But, due to its usefulness years later, it was consolidated as a unique Distro.

It is currently certified by servers such as IBM, Dell, Cisco and HP, so It can be purchased free online from the Oracle site. 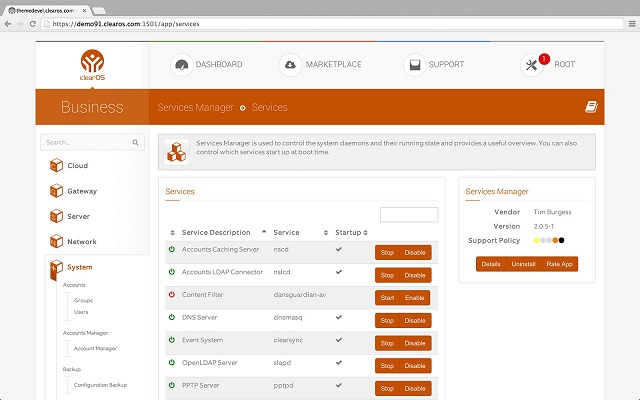 This Linux distribution was released in mid 2002, also based on Red Hat. Although it also has some CentOS packages.

This version at the beginning of 2002 it was known as Clark Connect and it was made for small companies with server functions. 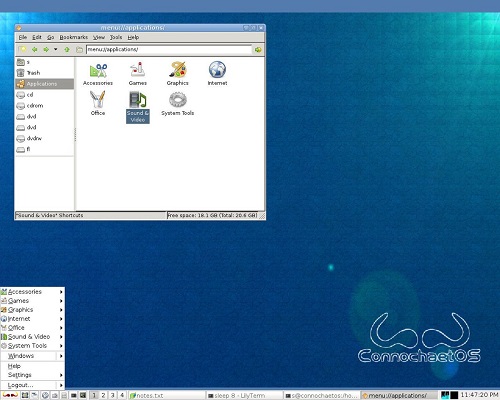 Originally was known in 2002 as DeLi Linux, it was later restructured based on Salix and Slackware to be known as Connochaet OS.

Focused on running on older computers or of few resources, but without neglecting the modern environment for that time.

Despite the setbacks that this installment has faced, From 2016 onwards I have not stopped receiving updates. 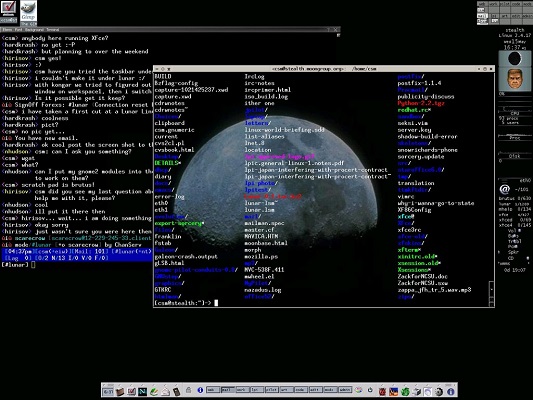 Lunar It was released in the beginning of 2002 under the source code and the Linux kernel. It stands out because it adapts very well to the needs of its users and because it has a simple boot with little complex packages.

Lunar Linux is very versatile and works with X86 and X86-64 builds the same way. 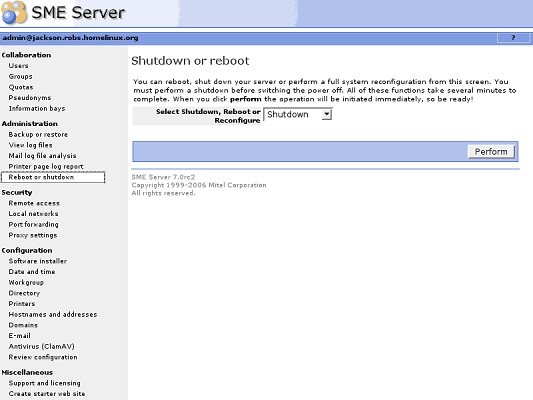 In mid-2002 approximately, this version was consolidated in the market, since it was previously in the hands of various owners. As you can guess thanks to its name, this software provides services of links ports, better known as server.

Both the old name "Sorcercer" and the interface of this operating system they hint at black magic and sorcery, in this case of computer programs.

Esotericism aside this software allows better computer control compared to other versions, which can be considered magical.

And since a spell is nothing but a set of instructions, this Distro instead of making the distributions with binaries does them with source code, Which is why developers found it a good name for their project. 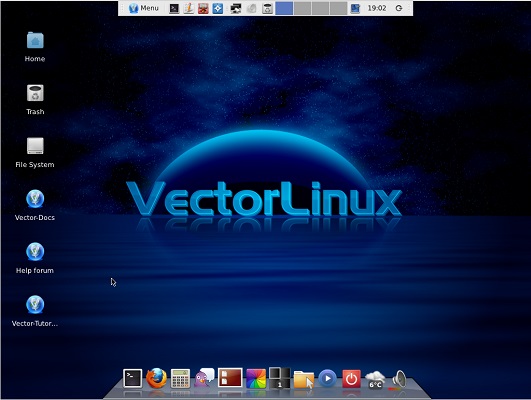 This is a version that has the Linux kernel, adaptable to any computer structure and aimed at the average user.

It has an excellent interface and the graphic part is very well developed, The credit goes to Robert S. Lange, who relied on Slackware for its development. The support is maintained today by a large number of enthusiasts, who keep this excellent Distro current. 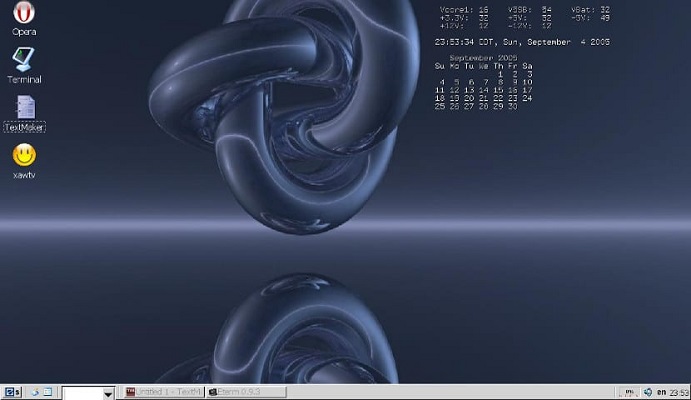 This installment like the previous one, has educational purposes but focused on those developers who want to learn how to develop their own System.

This program also includes a book written by Gerard Beekmans, where it is explained correctly how to support all the components of the computer so that they integrate correctly with the system. It was also introduced in 2002. 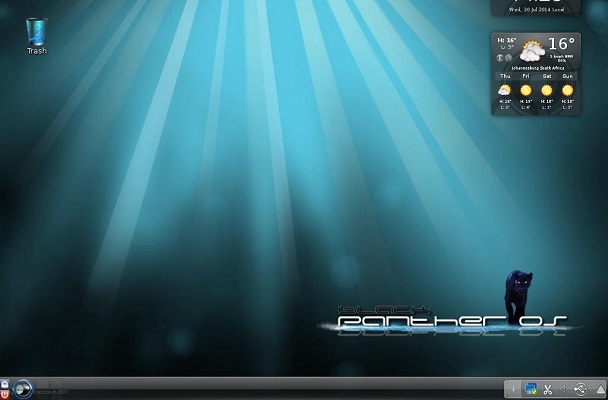 This version was developed for Hungary in 2002 based on Mandriva and made by Charles Barcza.

Since 2003, all of its annual updates have come with very particular code names that will surely capture your attention: Shadow, Darkness, Walking Dead, Silent Killer among others. 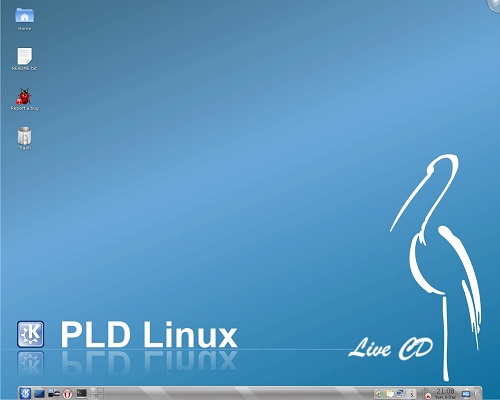 We are facing a Debian clone but made by and for the people of Poland, in 2002.

It is a desktop version for common use on any computer, with a predominant language in Polish but also in English.

This is one distribution of portugal therefore the predominant language is Portuguese.

Although it is a copy of Debían, Subsequently, a newer version, also recognized worldwide, was added to SUSE packages.

This software is for common public use and does not include specific tools for advanced activities. 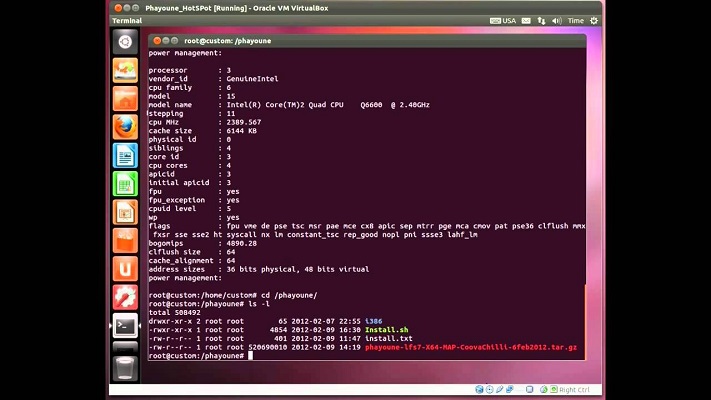 This is one of the few thai deliveries Linux that came out in 2002.

It is mainly based on Fedora and Linux From Scratch. It supports any architecture. 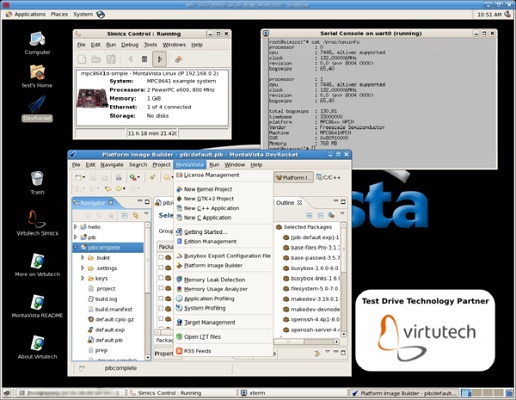 Launched in early 2002 and mainly known as Hard Hat, based on the Linux Kernel. 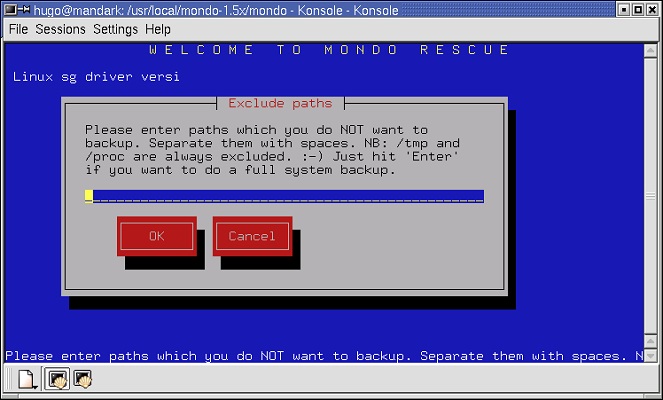 This version of Linux allows creating boot images for computers using the cores.

This installment is better known by the name of Mondo Rescue, and started in 2002. 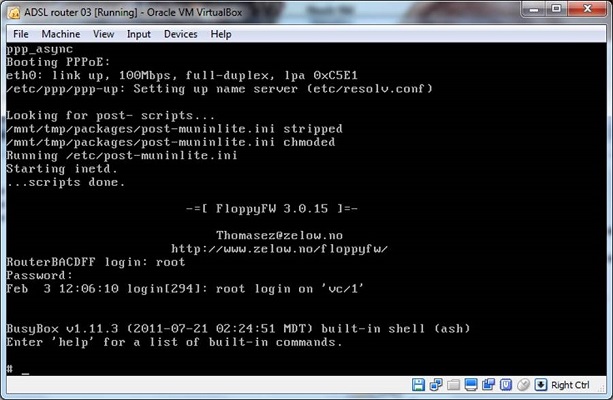 This is very simple software that it is used to establish the firewall in small corporate networks, It has been operational since 2002. 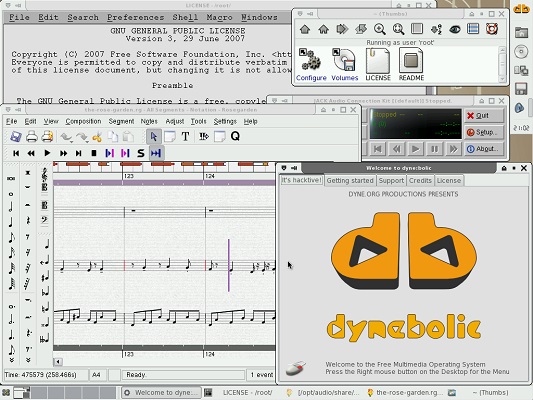 This is a distribution with the Linux kernel that is focused on multimedia playback, very similar to GeeXbox.

It is a version open to developers, and with the plus of some standard multimedia editing tools. 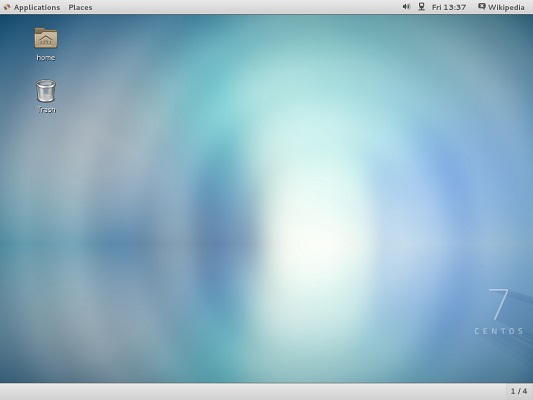 The Cent OS project started in 2003 and was based on the newly merged Red Hat packages.

It is a complete operating system that allows the user to enjoy all the services of a quality system.

Although, it is more focused on a business audience due to the packages it allows to use. 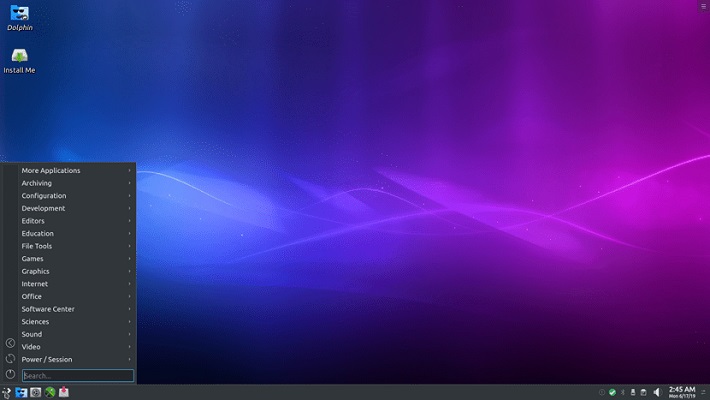 This Linux Distribution works since 2003 and was based on Mandriva, reason why we can intuit that it is of excellent quality.

It has so many desktop versions as specialized versions for the diverse needs of users.