Without a doubt, today, Windows 10 it is one of the most widely used operating systems in the world. However, Windows 8 is still the main solution for many users who choose to make use of the benefits that this OS provides, so far. Considering that it has the ability to offer remarkable efficiency, regardless of hardware performance.

Added to that, it consists of a version of Windows that has its own antimalware program and allows you to create a network VPN easily, so guarantees great security. And if that was not enough, is highly customizable, has compatibility with external devices and allows you to use your terminal from different commands.

Therefore, if you are an advanced or professional user of Windows 8, it is best to use the terminal of this operating system in order to carry out tasks in a fast and flexible way. For this reason, below, we will let you know what are the commands to run programs in W8 from your console.

What are the benefits of running a program from the Win8 terminal?

Although it is true, the terminal or Windows console, named "command prompt", consists of an application that is used in Windows XP, Windows 7, Windows 8, Windows 10 and Windows Server to run commands MS-DOS and others (such as scripts, formatted .bat and .sys). Which is similar to the Linux terminal and runs in text mode. For its part, it is considered a suitable utility for all those average or professional users to carry out tasks in a faster way in the operating system.

Since, it exhibits its potential at the time of perform repetitive tasks, to manage some components and to access certain system information that is not otherwise available. Now, beyond its flexibility and efficiency, the Windows 8 terminal also provides other benefits when you want to run a program from there.

Among them, we point out the following advantages of great interest:

Complete list of all commands to run programs in Windows 8

In the computing environment, a command is defined as an element that has the ability to issue a certain order which will be interpreted and processed by technological language in order to establish an optimal level of interaction with the team. In other words, in a nutshell, refers to an instruction that the user provides to a computer system. Now, in order to use the commands that allow you to run programs in Win 8, it is necessary to access the famous terminal of this operating system.

Which can be done with just type "command prompt" directly in the general search box of Windows 8. Once this is done, you will be able to visualize a text interface very similar to MS-DOS. Being so, a command line that supports communication with the computer, directly, to carry out a series of tasks.

Taking into account that its operation is based on: Enter the command and wait for the application to interpret it to obtain its execution. Having said the above, in addition to highlighting that win8 terminal it is customizable in design, it is also worth highlighting which are the most important commands to run programs in this operating system. 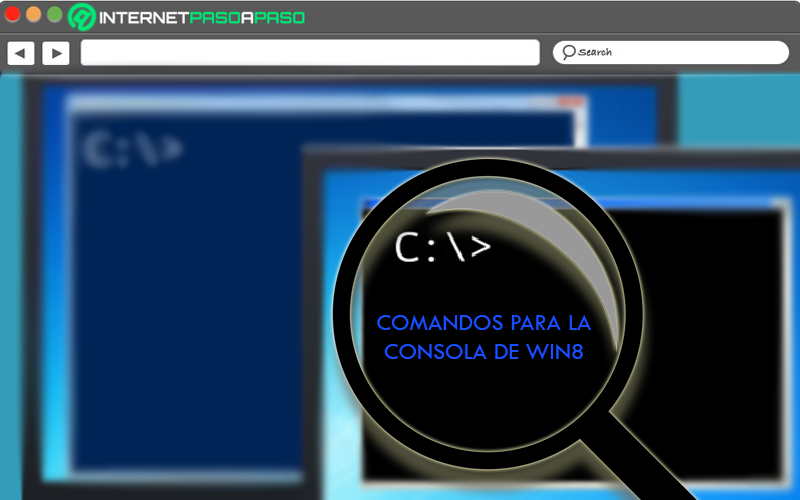