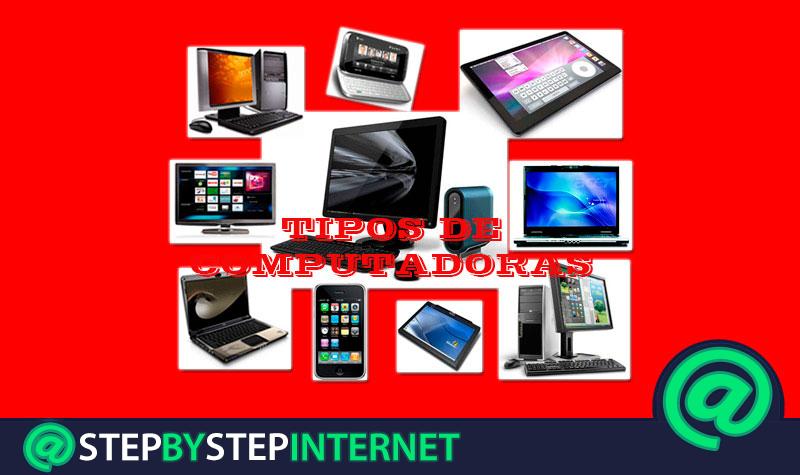 The technological era is undoubtedly characterized by the standardization of technological devices , being used by the entire population, being accessible and easy to use by virtually anyone. Thus, we use technology for everything, counting for it, with an infinity of devices. Among all of them we have different types of computers , which are what we will see here today, although, without a doubt, there is still much more.

If we don’t stop to think for sure, the answer to the computers that exist is concise, but, nothing is further from the truth. Let’s see what this device is and what are the types that exist today , because some, in fact, is no longer used because they have launched more modern products that fulfill the same functions.

Learning about these devices you can always choose the one that best suits your needs , so you will not have to settle for what others advise you, but you can weigh yourself what you want to have.

Full list of all types of computers, computers and devices that exist at today

Most people you ask what a computer is and what types they know will answer that the computer they have at home with which they connect to the mail, watch YouTube and the like ; This would be the personal computer or PC. At most, there is talk of the laptop, also fully extended in society.

However, according to its definition, we have to say that a computer is any device that includes a microprocessor. Therefore, there are many more types of computers than we can imagine, and this is precisely what we want you to know today.

It is the tower-shaped equipment , vertical or horizontal, that we have all seen on occasion, the one we have on the desk, the one we see in offices.

It is a large device that includes a set of parts (processor, graphics card, hard drive, RAM, ROM …) attached to a motherboard and to which various peripherals , input, output and hybrids are added to give and receive information in relation to the computer.

We also have the version that includes a tower and screen in the same device, that is, the computer already includes a panel in which we visualize the content. 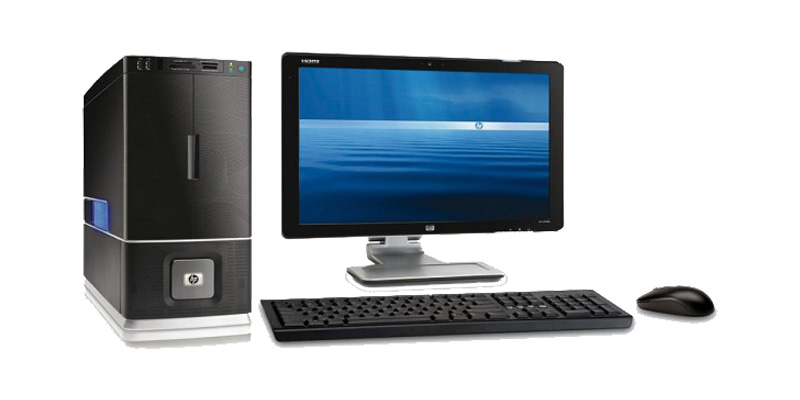 It is the mobile version of the previous one and was the fourth revolution in personal computing. It is a smaller device that condenses the power and functionality , for which smaller parts are used and better use of the available space is made.

It works without cables, by battery, which allows us to move it from one place to another to use it where it suits us best. Its name in English comes, in fact, from this characteristic, since they are called laptops, which would be those that go “on the lap”.

The netbook is a personal computer even smaller than the previous one , 10.1 inches. The concept is the same; A flat and portable device. However, is also more basic , with only the essentials to do simple computer work. This means that they do not carry dedicated cards or CD players, for example. Obviously, this makes its price also lower.

The tablet is a flat device consisting mainly of a touch screen that, in addition to allowing us to see the information, makes it possible for us to give the orders and the computer to receive them without the need to connect peripherals.

Inside it has very small internal pieces whose base is that of desktop computers but in an even more basic version of what we have already been seeing in the previous types. Thus, it is an element designed for internet browsing and the execution of simple video games; a kind of larger smartphone with similar components and operation.

It appears in a popular way in 2010, being the Apple iPad, although the first tablet to be marketed in the world we saw it much earlier, in 2001, from the hand of Nokia.

They were launched as electronic agendas but soon the device was redesigned, offering many more features. Currently, due to the enormous advance of the smartphone, these are practically not used. 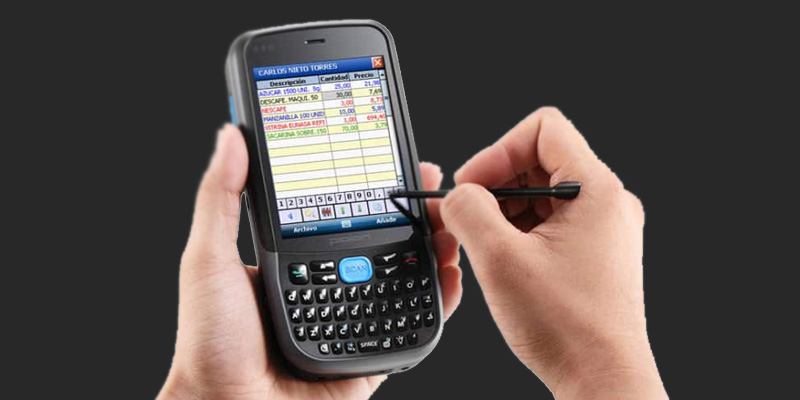 The smartphones that we have today are still a conventional mobile phone that has been introduced to mejas to the point of being already formed by the same components as a computer (graphics , processor, RAM, ROM, internal memory … even external memory reader!).

In addition to being able to call and receive messages, as all life has been done, we now have applications of all kinds, web browsing, email management, live content viewing, f connections such as accelerometer or GPS positioning … for listing only a few options.

Its operation, like that of the tablet, is by tactile orders as well as by voice, without the need to include peripherals for its use, although it is true that there are some of them to improve the different experiences that we can enjoy with our phones in the actuality The smartphone is, without a doubt, the best example of our technological advancement because everything we said and much more fits in 5 inches of diagonal.

Are those that can be used in different ways depending on the layout of their parts . The one that has triumphed the most is the convertible laptop, which is nothing more than a tablet to which a keyboard can be attached so that, in cases where we find it easier, we can use it as a laptop and, withdrawing it, we stay Only with the tablet, lighter and more manageable and equally useful in many circumstances. We have the same option for some smartphones although, by size, this option is not much in demand.

A smart TV is a TV set that has built-in smart features , counting, as with computers, smartphones and others, with an operating system, a processor, its RAM and even internal storage to download to the game and applications as well as to record content that is being televised.

Are all those smart devices that have a microprocessor and can be worn , hence the “wearable”.

We talk about smartwatchs, Google Glass and this type of devices that allow us to receive information and act on it as part of our clothing and complementation. 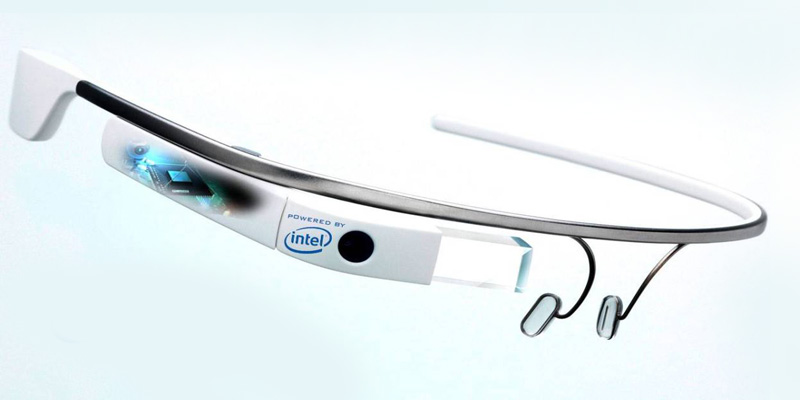 They are equipment that, as the name implies, include elements that favor rapid work , with a very good processing power, different capacities and huge screens that allow perfect control of several activities at the same time.

Although before they were something much more bombastic, today we see them mainly in workspaces of developers or engineers.

This is a device consisting of an optimized computer that offers its resources and functionalities to other computers using the network (internal or external) to communicate.

Its main feature is the huge internal memory , in addition to a large processing capacity to work with several computers at once.

It is the most basic version of a computer, the minimum component for it to work, also designed in a very small size but with an important computing power.

In short, it is a computer that fits us in the hand and to which we can attach, if we wish, housings, so that it looks more aesthetic but, despite this, it is fully functional without any type of addition. 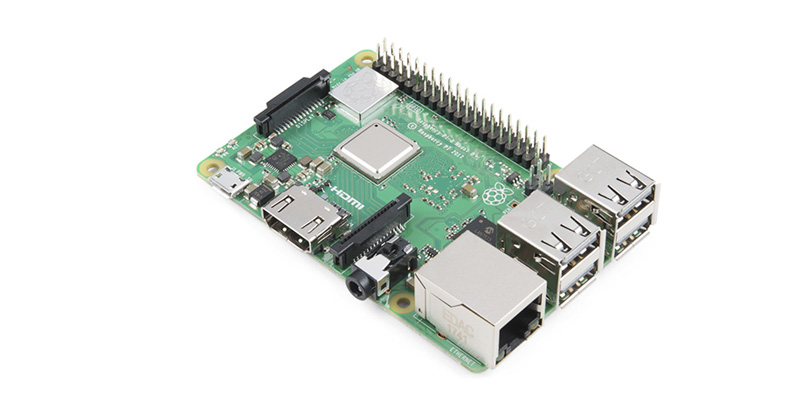 The mainframe is a huge device with a high processing capacity , capable of working with a number of applications counted by millions. In addition to processing data, are very useful for storing them . They are especially interesting when it comes to controlling different terminals of a virtual nature.

They are considered the most powerful of the moment, processors of unimaginable amounts of information . Although it is known as supercomputer , it is still a very powerful set of smaller computers , although, because of its configuration and functionality, they work as one, offering performance unable to be found on any other computer.

We speak of a real barbarity, with the capacity to perform billions and billions of operations in every second , something for which we had to define a new concept of measurement, the FLOPS .

This device is between the mainframe and the personal computer and is also known as the medium server.

They work simultaneously with several tasks , with really fast processing and allowing the connection of a huge number of users, each with its corresponding equipment.

What will the future of computers and what will be the next step ?

In this sector, innovation is not ceasing. The future is given by technology and, for this reason, it is necessary to always go a few steps ahead, so that, despite not enjoy these types of solutions, it is already known, of course, how it works in a few years, what kind of processing devices will exist, etc.

The two big points that will be touched will be:

< li> Miniature computers . We have already seen that the plates have a lot of capacity in a very small space but this will go further, seeking to create what is itself a pocket computer .