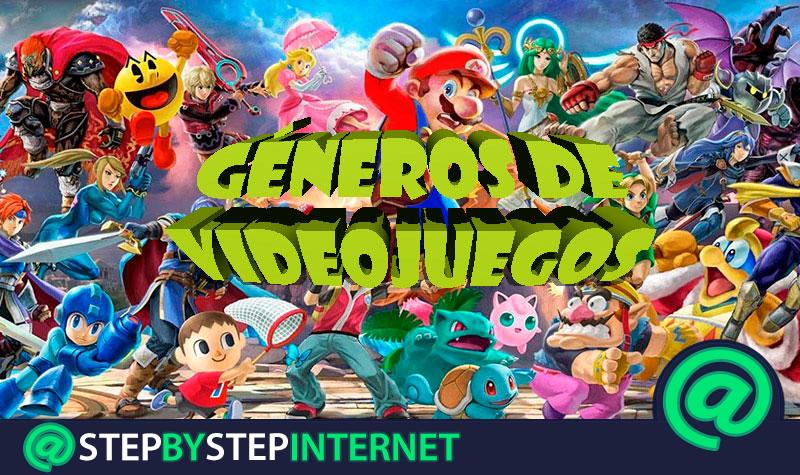 Within this activity, video games take a significant portion , along with social networks, are present on each smartphone and surely you must have more than one installed.

The generation of children who saw the birth of video games is now an adult. And without a doubt, we have all played one and perhaps many of us, we continue to do so. Video games came to light in the late 50s and since then they have not stopped growing in sophistication, graphic quality, game mechanics and marketing. Let’s learn more about them .

What is a videogame genre and subgenre?

Due to the great diversity of games in the current market we are forced to order them. To do this, we need to classify them. Maybe we could do it for its aesthetics, release date, popularity or platform, but let’s leave that for another time. We will focus on game systems, also known as “game mechanics” .

Mechanics is a set of available rules and functions that make the experience proposed by the videogame. To put it another way, it is the role offered to the player. In this way, we can conclude that a video game genre is the set of features that the software provides to the user .

Within these genres is a large number of variables, so, it would be impossible to include all video game titles in only genres . From all this it appears that there are other categories within this range of “game mechanics” which we will call subgenres .

If you don’t have a desktop or a game console, you can also play with your iOS device or Android .

We are going to help ourselves with the general category to be able to classify them more adequately. In addition, we will give you examples for each item. We hope you find your favorite games inside them. Take a look!

This kind of action, the player must face increasingly strong dangers or enemies . It is normal for development to take place in an environment of war or combat.

It is one of the greatest evolution since its creation. The graphic environment and the sound make this kind of games make your games seem more and more real.

The role of the player in the adventure genre is that of explorer. In the development of the story, the protagonist must interact with his environment (either objects or other characters) and thus discover the path that will lead to the outcome.

It is very accepted today and is considered a good remedy for stress . Every time you play the hours go by very fast, without you noticing. 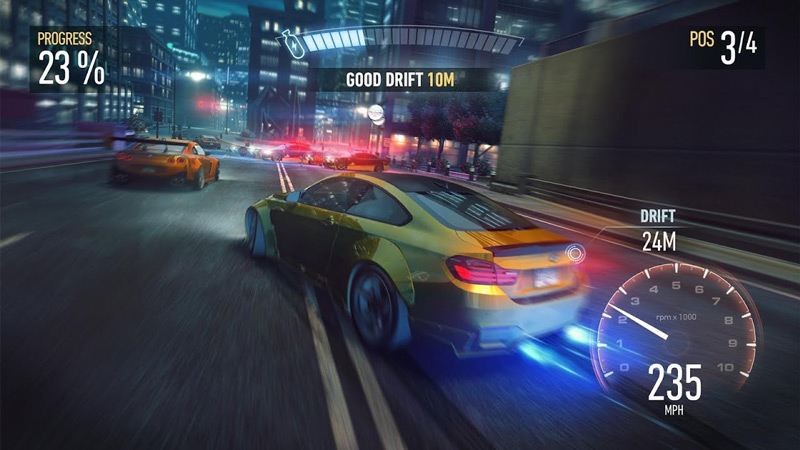 Some experts may consider this type of videogames in the sports or simulation category. But given its popularity and the huge amount of titles it contains, we believe they deserve a separate category.

Racing games are mainly characterized by competition between players to reach the goal first . Usually the user is inside a motor-propelled vehicle, be it a car, a motorcycle or a spaceship.

It has versions where you can add peripherals such as pedals and other components that add a great degree of reality to the game thanks to its interface and sound.

There are two alternatives to this category: the most realistic games, where they run on tracks that simulate the real ones with vehicles that also do it and on the other hand the most fanciful ones where the forces of thrust, gravity, or the fact being able to throw objects at your opponents is possible.

If you want to practice some of this, we recommend:

In the same way that the genre “Racing” deserves its own space within this list, shooting video games do it in the same way. That is, many experts say they belong to a different kind of sports .

These games are also known by their English name “shooting ” , where the main thing here is weapons and aim. It is essential to stay alive until the end and control the ammunition.

The scenarios of these games can be varied , since there are those set in wars of the past, futuristic or in fantasy territories like those of a horror movie. 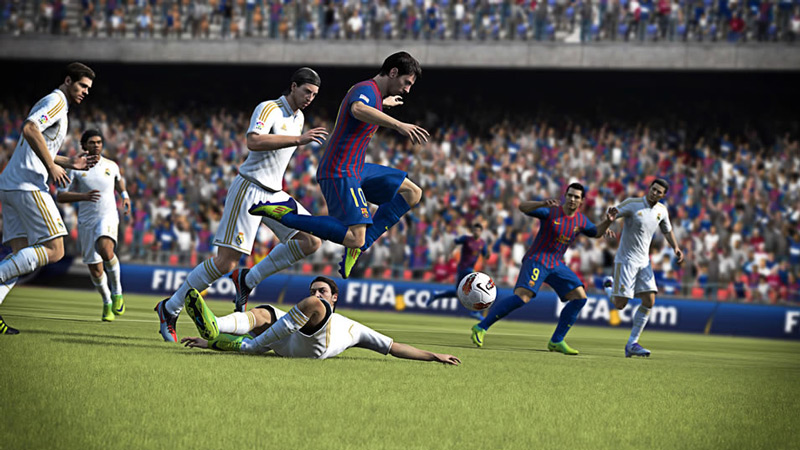 Before continuing, it is important to emphasize that the first video game in history belongs to this category, it is the “Tennis for two” created on October 18, 1958 by the physicist William Higinbotham .

In this genre we must say that there are as many subgenres as there are sports in the world. It is characterized by emulating an athletic activity as faithful as possible. Although there are some exceptions where you can exaggerate a bit , in the general mechanics of the game it is quite real.

Some of the sports video game titles are usually re-released every year, updating the roster of the participating teams. In the same way with special editions referring to some event, such as an Olympiad or a world championship.

And as with the shooting category, there are usually events with a large call for “gamers” , where participants from different countries compete in a specific virtual sport.

An example of this is Pro Evolution Soccer . It is a well-known video game that, initially worked as Winning Eleven and is now called PES . It is one of the two most popular soccer games . Together with FIFA, millions of users await renewal annually .

You may also be interested in NBA 2K . Like the previous example, this game is renewed every year. The national basketball league being the protagonist.

In this type of games the participant must focus on several characters or objects at the same time. For this, the visual of the game is almost omnipresent.

The objective of these strategy games is usually to develop technologies, create populations and armies to defeat the opponent . It is important to apply different types of strategies when attacking or defending, since resources are limited.

Most titles of this genre are usually about war issues and to a lesser extent economic or social development.

RPGs, also called RPG are characterized by having a more developed background history than other genres. In it, the player must select a character type before starting the game.

Another feature is the high level of customization that allows the protagonist (s) to be given . The enemies to defeat grow in difficulty as the story progresses, but each of them will give the player more powerful experience points and items.

The setting of this category usually occurs in an era of the medieval type, with fanciful dyes; or a dystopian future to a lesser extent. RPGs with massive online gaming capabilities or MMORPG are currently very popular . Here, through a network connection, participants form alliances or compete with each other.

They are usually very addictive, for example, the World Of Warcraft . In the great world of Azeroth great battles are fought between orcs, humans and other creatures. Within each race we can create different characters as wizards warriors and priests.

They usually have great graphic quality and try to be as close as possible to reality , not only visually, but also in the kinetics and simulation of effects.

It is usual for games to share the same engines as real simulators for professional training. 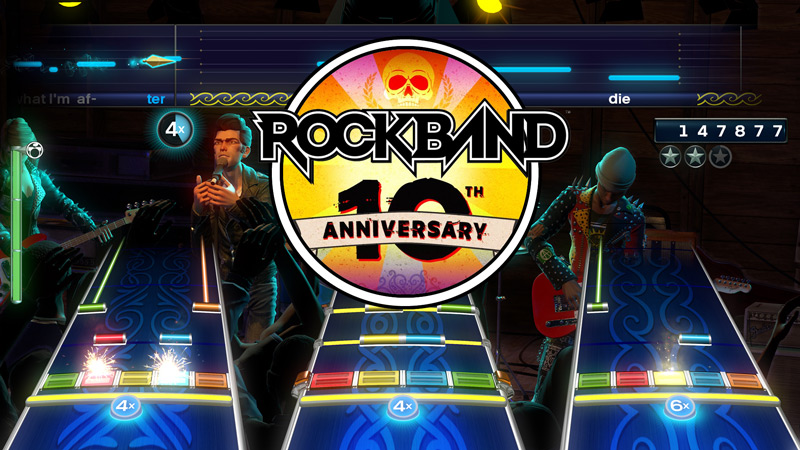 As the name implies, this genre focuses on music. They usually require peripherals in their participation. Which can be a microphone, a special guitar or a particular 3D scanner.

In order to win, the gamer must demonstrate their musical skills and follow rhythms and melodies that vary in difficulty . It is common for these games to offer multiple player modalities.

It is ideal to play in family gatherings, since it can be integrated to people of different ages without any problem.

If you want to be a virtual musician, we recommend Guitar Hero . The dream of almost everyone at some point, being a star guitarist. To do this, we must practice different songs, it is a game for skilled people.

It is a category of games that is characterized by the need to need several simultaneous players. They must cooperate or compete with each other .

It is very common that these virtual games contain a variety of mini games. In them, participants must obtain points that will add to their respective team markers.

Mario Party is a leading example of this genre . The title has several versions, being the first released in the year 1998 for Nintendo 64. This game has evolved from the hand of the new platforms. The last one to launch was for the Nintendo Switch console in 2018 .

The category name comes from its greatest exponent: Minecraft . These games are characterized by not having a defined history line. Inside, the player can modify or create an environment or map from scratch.

Our character usually starts the game without any recourse; being necessary to obtain them to create tools. This dynamic makes the game itself.

If we need to highlight a specific example, we have already named it and it is Minecraft. The greatest exponent of this category . This popular sandbox knows no age, as fun for children as for adults. Main goal? Be creative.

Designed especially for children. The purpose of these video games is to provide specific knowledge without neglecting the playfulness. In this way, players learn in a fun way.

They are characterized by having a wide range of themes for different ages. The graphical interface is these software is essential.

A great game, if you are intrigued to know what life was like in ancient Mesopotamia, is Discover Babylon . While it is not a popular genre, it is always worth learning a little more about the cultures that preceded us.

These games of mental and logical ability are very popular today thanks to mobile phones, since they do not need many resources for their execution.

Within the genus there are different varieties. Among them, those of riddles, hidden objects, inserting pieces, grouping pieces , etc. Card games, like El Solitario, are often considered in this category.