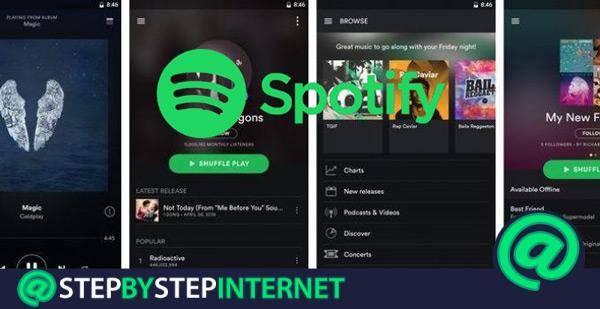 It is known that mobiles have a large number of functions that allow you to perform any type of task. Within that variety is the possibility of listening to music without having access to the Internet.

To achieve this, It is necessary to download official applications that you can find on legal sites for free or not. But if you want to know which one is the most convenient for you, you should keep reading.

Then, We will present you the best apps that you can download on your Android mobile to listen to your favorite songs, without the need for a WiFi network or spending your megabytes.

There are a large number of apps available in Google Play to listen to music on mobiles with Android OS. That is why we will present you the most complete list with top 15 apps that you can use without the need to have Internet to listen to your songs of the moment.

Pay attention and choose the one you like the most, either the ones that offer free or paid licenses:

This application is also available for Android devices and it has more than 60 million titles that you can download legally. Among its most outstanding functions is the possibility of including the lyrics to the songs, so interacting with this app becomes quite fun.

You can listen to music without the need being connected to a WiFi network consume your hired megabytes.

When we talk about Spotify Premium We refer to one of the most popular applications over time and which has been improving over the years, thus providing new tools and alternatives to its users. With it you can listen to the playlists in a very easy and simple way. Also, a Internet connection.

You can get it in Google Play for a cost of 13 euros and with it you can listen to any type of audio in your smartphone that has been stored in it. This in order that you can listen to them without the need to have a connection. Spotify Premium is considered one of the best App to listen to music, it has a wide repertoire and also has a very low monthly fee.

It is a paid app that will allow you to listen and download the best songs of your favorite artists in just a few steps. You will have 30 days free to decide if you want to access the different functions that presents this program.

It has more than 40 million titles that we you can go locating in different playlists. In addition, the platform suggests different topics that are related to your profile.

For only € 5 per month you will be able to download and listen to the songs of your favorite artists, as well as the podcasts that you like the most. You will have different options to customize the content list, since you will have the possibility to quickly sort the different genres of music.

Its interface will allow you to find what you are looking for in a few seconds, since it has a directory on the main screen with a very agile intuitive design. 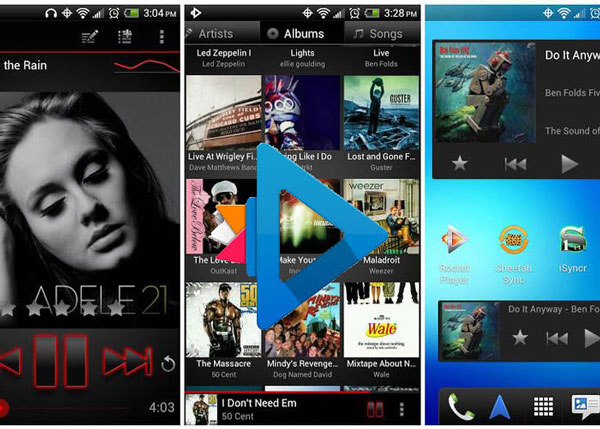 A program you can get on Google play and that has been available on the market for several years for free. It is characterized by the great variety of tools that it offers to each of its users and also, throughout all this time they have been carried out improvements thus correcting all those errors they presented in the past.

In the case that you want to obtain greater benefits, it will be necessary that you acquire Premium version which has a cost 4 euros. This will allow you to play your playlists without any interruption, as well as expand the compatibility of audio formats, among many others. Without a doubt one of the best alternatives to listen to music in offline on your Android.

You will have the possibility to choose if you want to have a premium plan or a free license to be able to download the music that you like the most. You will have 56 million songs to listen to without being connected to a WiFi network or using mobile data.

The more than 2 million downloads on the Google Play Store confirm the quality of this tool, which will also allow you to listen to online radios.

The more than 2 million songs that this platform has, you can listen to them without an Internet connection. For this you will have to buy a license of around € 9 / month with which you will have a 30-day trial, as long as you are a Prime member.

In addition, you can choose to listen to online stations in different languages. It is characterized by having functions that will allow you to have a playlist based on different profiles.

This application is characterized by providing the user with high definition sound thus achieving an experience far superior to that of other similar tools. Not only will you be able to listen to music without an Internet connection, but you will also be able to download videos from your favorite artists.

You will have unlimited access to its database of more than 40 million titles. 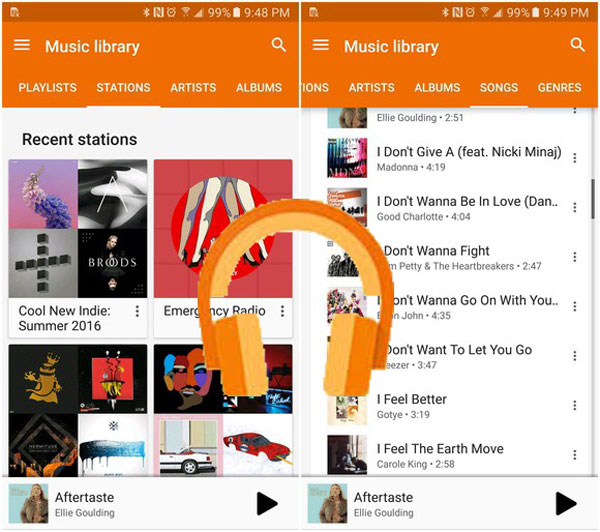 One of the most famous applications both for Android devices like iOS and it becomes a very good alternative to listen to music without an internet connection. In addition, it is usually factory installed on most Android devices, if not, it can be downloaded from Google play for free.

With Google Play Music you can start browsing through different music catalogs that are divided by musical genres and artists, something that gives you an ease when looking for your favorite music. You must bear in mind that not all the songs are free but, mostly they are. Once the songs are saved in the program’s library you will be able to start listening to it in a offline in the moments that you want. 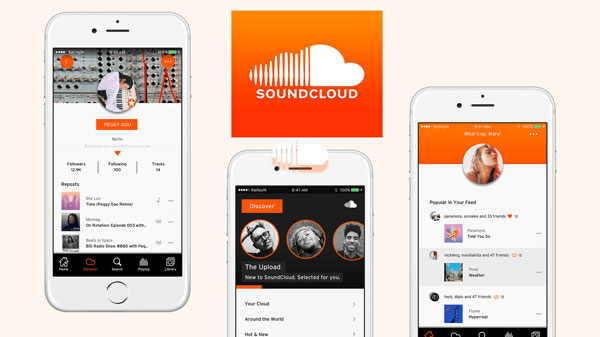 If you are looking for the best or one of the best App of this type to your Android device, SoundCloud it is the best alternative for many. It is one of the most popular programs of recent years and with which you can listen to your favorite music without the need for an internet connection.

As for its platform, it is very attractive and gives you excellent functions, in addition to being able to store your favorite songs and listen to them at all times, it is also widely used by Djs and emerging artists. This app also usually recommends songs based on the genres that the user listens the most, apart from allowing you to save songs offline on your mobile device.

You can download the best rap, hip-hop and reggae songs on your Android mobile in a simple way. You will only have to subscribe to access the music downloads function and then choose your favorite artist.

You will have a large number of titles, and if you want to listen without interruptions, you will have to pay an approximate value of € 5 per month. Its function is to allow you to create albums, mark lists and generate favorites so that you can find them faster the next time.

If you are a fan of gospel and African music this application is ideal for you. It has the option of having the most up-to-date music on your Android mobile 24 hours a day and the most important thing of all is that you won’t need an Internet connection to listen to your favorite artists.

They will also receive notifications of the updates that this platform has. You will have access to different types of reproduction ordered alphabetically or by singer.

The 30 million songs that are in the database of this platform will allow you to enjoy different musical rhythms, which you can order in the way that suits you best.

Therefore, you will have on your mobile a complete list of all the songs of your favorite artists, which you can take anywhere you go, since you will not need a WiFi connection or mobile data to listen to them.

You can get this program at Play Store and it comes in two versions, free and paid, which is Premium version and which will give you better options. However, the free version it is quite good and surely you will not have reasons to acquire the latter. It can be said that the biggest difference between the two is advertising, which at Premium this does not appear.

With JetAudio you’re going to get a 10-band equalizer with 32 presets, reverb effects, speed control, automatic gain control, lossy and lossless support, among many others. An App where you can start listening to your favorite music without the need for a WiFi network. 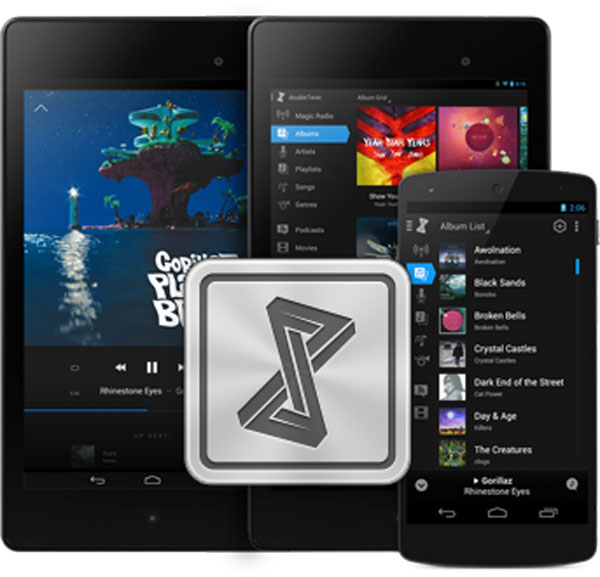 This program is one of the oldest but today it is still downloaded by a large number of users due to the functions it offers. It should be noted that in in recent years its platform has not been very updated, which makes it look a bit old compared to the other applications.

Act like a music player, and it allows you to play songs without the need to be online, simply by having them downloaded to your mobile you can play them, it does not have advertisements in the free version and despite not having updates for a few years, its interface is very comfortable.

In the case of wanting the version of DoubleTwist Pro you have to cancel an amount of 8 euros, with which you can synchronize your music on your computer via WiFi with AirSync or stream to devices such as Apple TV or Sonos with Airplay and a 10-band equalizer.