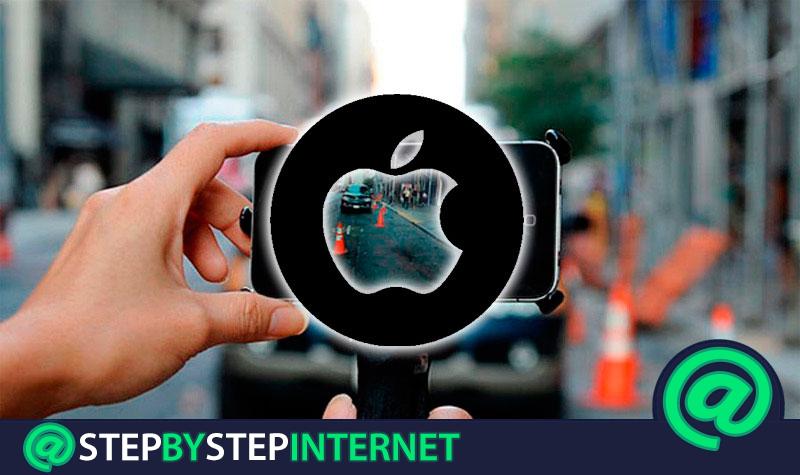 If on any occasion you wanted to play a video on your iPhone, you can get several player options in the list that will be indicated later .

This list will not be something broad, but the most important functions of them will be emphasized and that they can provide to fully enjoy the experience of watching video from your iPhone , offering you something better to the classic player that have Apple devices installed at the factory.

In this list you will find free options, as well as other payment options, which allows us to not have to see advertising. What is certain is that in any way you will find an option that suits your needs as a consumer .

What kind of video formats are compatible with these video players for Android phones and tablets?

The iPhone is currently larger and with better resolution, so watching a video on it is a good alternative. In addition, they can reproduce virtually the same formats as a desktop computer.

This is one of the most used formats that can be achieved. The video files that have the extension .AVI were created in 1992, being used in equipment such as: smart TVs, DVD / Blu-Ray players, video game consoles and most operating systems.

Read moreSecurity and privacy in Slack How to make your account much more private and secure? Step by step guide

The .AVI file was designed by Microsoft and is an acronym for “Audio Video Interleave”, This was created as a digital alternative which does not depend on any format Physical like the DVD. Among its advantages, it can be mentioned that it has many audio channels in its different codecs , such as AC3 or MP3 for audio, DivX or Xvid for video.

MP4 or also known as MPEG-4 is an updated format. This was created in 1998 as a standard for the dissemination of auidiovisual content. MPEG derives from the word Moving Picture Experts Group , which are an expert group that designed it, established digital audio and video patterns, these being carried out by two large international organizations; the ISO (International Organization for Standardization) and the IEC (International Electrotechnical Commission).

This type of file encodes digital video and audio, allowing them to have much more quality in sound and image . It is also a file that is not heavy and that allows data to be compressed much better. Apple use this format for its content on iTunes .

This is an open source format, which is free to pay for your rights. MKV began to be recognized in 2002 by becoming popular because it has a single MKV file where you can save several audio and video channels together .

Like the MP4, this format provides excellent video and audio quality in a lightweight file . Its influence was such that it was used as inspiration to create WebM, files that allow online videos to be integrated via HTML.

The FLV or Flash Video format was created through Macromedia and then acquired by Adobe. Said file can be obtained as an FLV or SWF extension. FLV videos play online from your browser using Adobe Flash Player. It should be noted that Adobe Flash Player will stop developing in 2022, although there are pages today that still use it.

MOV, from QuickTime Movie , is also known as QuickTime File Format, and used as the main format that player exclusive to Apple MacOS computers . It can be obtained in several digital video cameras, because it has a great sound and image quality without any compression, which on the other hand makes it somewhat heavy, so that years later it would be displaced by the MP4 within it company of the bitten apple.

This was one of the first formats used to play videos. WMV was designed in 1999 and means Windows Media Video , created by Microsoft with the intention of providing better streaming video quality. It had a lot of boom thanks to Windows Media Player , which was a player that is not found by default in Windows 10.

Because it does not have good quality, the WMV made it possible to stream videos in files with a minimum size, which made it very practical with the Internet links of those years.

Choosing a video player for your iPhone is not an easy task, since there are several applications that can be obtained in Apple Store, which make you can watch audiovisual content on your device; However, each of them has different ways of working, but they should all have the following characteristics to be considered «TOP» .

Without a doubt, one of the main features that an excellent iPhone video player must have is that it can play content at least in HD. This guarantees you to be able to enjoy first-class image quality .

While to handle an equalizer you must have certain technical knowledge, it is never enough to have it to adjust some audio channels for a better definition in that regard. This is a function that a good player must have by obligation . With it you can reduce noise, increase bass and other tricks.

Today, video players, such as VLC, are compatible with subtitles , which is why you can play a video with them. This is a function that brings dynamism to reproduction. Imagine being able to change the color and type of the letter in a simple way. This way you can give each file a personal touch.

Mobile devices currently have enough power to play virtually all existing video formats. So the player you choose should have at least this basic requirement .

Despite the advances, the autonomy of smart phones remains a problem since the more powerful they are, the more energy they consume. So an excellent player should consume the least amount of battery possible .

We have tested the best players in the Apple app store to offer you a list of the best opinions and downloads you have obtained in the iPhone app store . Here you will find both free and paid options that we hope can meet your needs as a user.

This is a very powerful free player that allows you to play files in 4K quality from your mobile , although according to the benefits of this you will see it only in HD. It has a very easy to use interface whose design fits perfectly with Apple’s artistic line. As far as functions are concerned, it has everything you need because it allows you to edit subtitles, change their language and audio, play in fast or slow motion.

It is very complete, but without a doubt its main asset is that of being able to synchronize with Chromecast or Apple TV , so that you can play content remotely on your SmarTV. It has a bit of publicity that can be somewhat invasive, but you can remove it by paying 5Eur .

This player is one of the best user opinions collected. No wonder it is quite powerful and brings many interesting things to the experience of watching video from the iPhone . Among its most interesting functions is to be able to modify visual aspects of video playback such as brightness and contrast, as well as to be able to synchronize subtitles perfectly and be able to play with the audio equalizer .

With it you can also edit subtitles at ease by changing their color and type of font. It is completely free and only has advertising when the video is paused, which can be deleted by 6Eur .

This is one of the best players without a doubt. It has all the necessary drivers to be able to modify different aspects of the reproduction both in audio and in image, but its most peculiar characteristic is that of being able to play videos in 360VR , although for this you must have an iPhone with a gyroscope .

GOM Player has no advertising and is completely free, although there is the Plus version, which is paid and has other functions such as to synchronize with AppleTV or Chromecast .

This is a player that has already gained a lot of fame on Android and is now flying on iPhone. It has no otherworldly functions, but the ones it has work perfectly to give you an excellent viewing experience.

You can play content in 4K and it has support for the main audio codecs and video formats . If you are an average consumer who only wants a good app to watch your videos, this is certainly a good choice.

This is another excellent player that although it does not have special functions, it perfectly fulfills what the user needs and offers a little more. As expected, with it you can play content in 4K in all formats and without any problem by audio codecs.

As well as being able to handle other aspects such as subtitles and the equalizer. In addition to all this, can synchronize with Streaming platforms such as YouTube or Vimeo so you can watch online videos from its interface .

A player specially developed for Apple devices. Its mobile version is very powerful, functioning as a multimedia center from which you can access all your audiovisuals easily.

You can play content in 4K, and it has automatic subtitle synchronization ; equalizer; brightness, contrast and other modifier; support to connect to AppleTv and ability to view online content from streaming platforms.

This is a player that has already become famous among MacOS users for being very powerful and free without advertising . Although its mobile version is quite good allowing you to play content in 4K in all formats, it is not as good as the desktop, so it has no ability to view content in 360VR or 3D. However, his reputation for freeware continues to keep him afloat.

This is a player that does not have a wide variety of functions , but that performs perfectly. It is based on the open source VLC, so its interface and features are very similar. It allows playback of files in 4K and reads most audiovisual formats in mobile. It is completely free, but unlike the VLC it does have advertising, although it is not invasive .