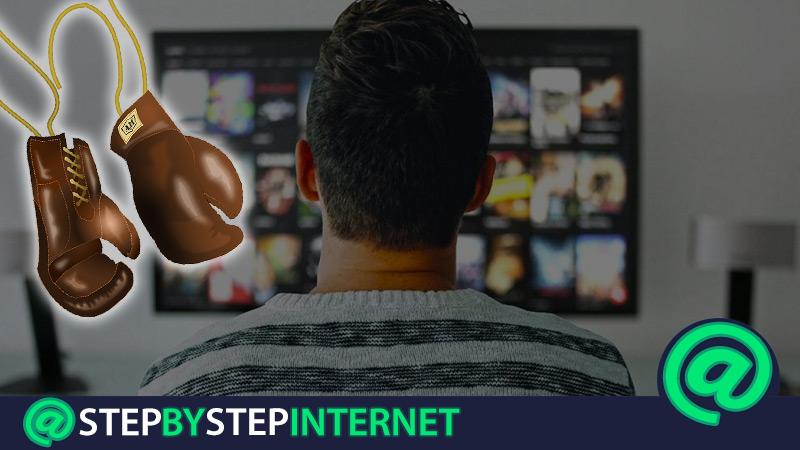 The boxing It’s one of the most watched sporting events on television. Fighting for a championship, or climbing a boxer, are the main attraction of the sport. There are many categories in the discipline, and each one has an exclusive broadcast space.

But nevertheless, some television providers do not have sports channels on which to watch the matches. In fact, It is necessary to hire television packages to enjoy the event. At other times, to visualize the star fight, you need a pay-per-view (PPE) channel.

Fortunately, there are cheaper applications, and even free, where it is possible watch boxing broadcasts and live broadcasts, from an Android or iOS device anywhere in the world.

Boxing lovers they know how difficult it can be to watch sports on television. If you don’t have a sports channel package, your best option is to go online.

To make things easier for you, we provide you with a list of the best applications to watch boxing for free, and from your mobile:

It is a very popular streaming website to watch sports online for free. The website is only in English; however, it does not detract from the rest of its features. The audio quality is decent, broadcasts in high definition, has the ability to broadcast live events and has a premium version.

It is a functional multimedia application that allows you to watch live broadcasts of television channels. Also, you can play videos in any format. It is the most used tool for watching boxing and other sports. In fact, it also allows you to listen to radio and music.

In Google Play there are two Acestream applications developed by INNOVATE DIGITAL TECHNOLOGIES, LLC. Ace Stream Media It is ideal for watching boxing matches from a mobile device or Tablet. While Ace Stream Live TV it is only compatible with smart TVs, such as Android TV.

It’s a free media player, which supports different video formats and has the option to create playlists. The application does not display any type of content.

To watch boxing matches, or any other television program, you need to load a playlist. Users share their videos on the platform and you should only upload the one that is of interest to your profile. WisePlay It is also compatible with Android TV, and as a bonus, it allows you to play videos in 3D format, as long as you have VR glasses. You can download the software from Google Play. 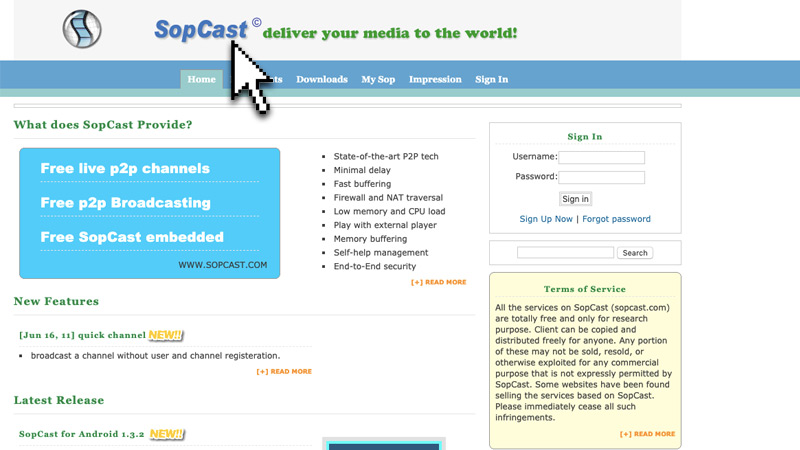 Originally it was a web page. Its popularity led it to become a practical app for enjoy sporting events from anywhere with the help of a mobile device. Although it is not available on Google Play, it can be downloaded from the official portal. To install it on the mobile, it is necessary to access security settings and allow the download of applications of unknown origin. With sopcast, you can not only watch the stellar boxing matches, but any other sport.

It is an application that allows you to watch hundreds of television channels from a android device. It is free, and carries out live broadcasts of sporting events such as boxing, soccer, baseball, among others. Furthermore, you can also watch movies from anywhere with an internet connection.

Its operation is similar to WisePlay, since you need to add playlists in order to enjoy online TV or radio programs. It is not available on Google play, but you can download its APK from here. As it is an external application, you must enter the security settings and allow the installation of applications from unknown sources. 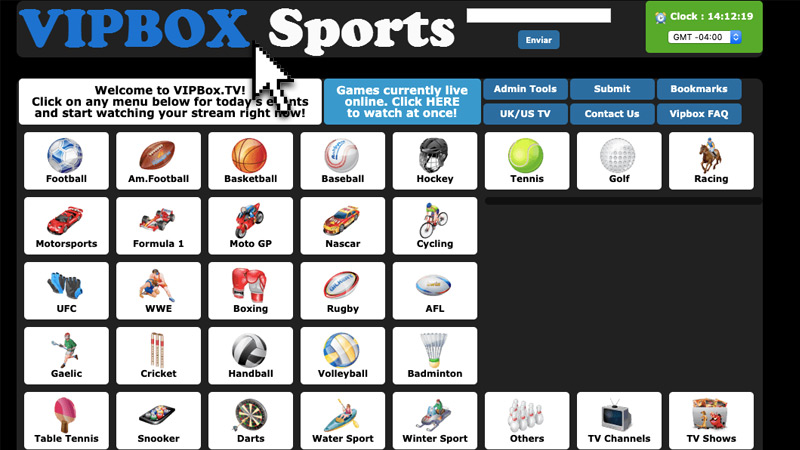 It is a portal for sports broadcasts very popular with boxing fans. Its emissions come directly from the United States. In addition, it constantly broadcasts the most impressive sporting events of the moment. Although it is a website, it is possible to download an application for the Android mobile or Tablet. Videos are played in high definition, and the audio quality is excellent. It is characterized by having a simple and easy-to-use interface.

Is a open source app, or put another way, a multiplatform entertainment. Kodi is a free app that is available on Google Play. It is similar to WisePlay, since it is necessary to upload the content through a third party. These can be: Playlists, DVDs or Blu-rays, or videos shared on the Internet. From Kordi you can watch boxing, soccer, animated channels, documentaries, movies, among others.

The streaming platform offers up to 60 different channels, with exclusive programming from the United States, Latin America, the Caribbean and Spain. YipTV It also has a live music section and an On Demand service to watch the best movies of the month, major sporting events and concerts. Although it is a subscription payment app, it has a totally free trial version.

In the last place in the list, it is located Live Net TV. An entertainment app for fans of high-impact sports like boxing. The app includes a large number of sports channels, and also has some custom channels. You can choose the video quality, based on internet speed. It also has a catalog of newscasts, children’s channels and movies from around the world.

It is compatible with any Android or Apple device. Remember that it is necessary to enable the download of unknown programs in the settings of the mobile or Tablet. 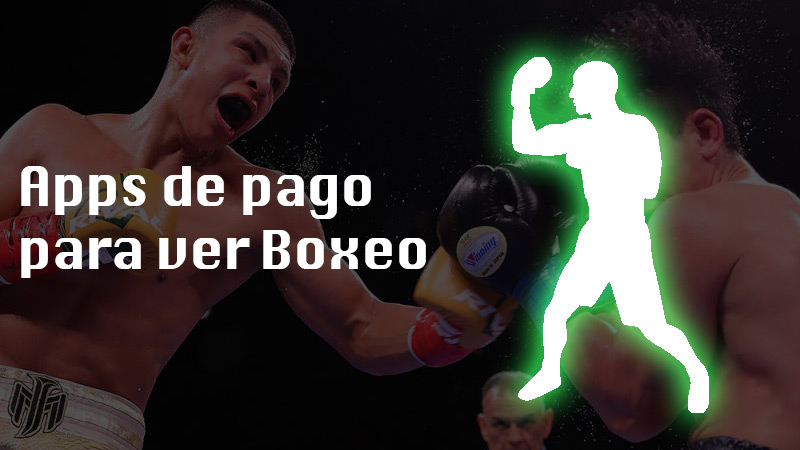 Not many users are drawn to the free versions, and choose to choose the safe path when paying for official sports streaming services. If this is your case, we provide you with a list of the best paid apps to watch boxing from any device.

Movistar It has a streaming service to watch your favorite shows and movies. The great advantage of the application is that it has a varied sports program, where you can view, at any time, the star boxing matches. The app only available in Spain, and can be found on Google Play. It is compatible with Android devices. Compared to other services, Movistar Plus is considerably inexpensive, functional and profitable.

Developed by beIN MEDIA GROUP, BEIN Sports is a boxing streaming app and other sports. It allows you to be aware of sports events, the best moments of the matches and matches, classifications, analysis, among other things. What’s more, play live content and it has an On Demand service to view exclusive material from the platform. You can hire the service from the official website, and download the application from Google Play. It is available for both Android and iOS.

The sports portal par excellence It also has an application to watch boxing, baseball, soccer, among other sports. As an extra function, it allows you to obtain a closer experience to combat, by providing you with detailed information about the match to be played, combat analysis, statistics, and much more. The application is available on Google Play for free, although to contract the streaming service, it is necessary to subscribe from the portal, or after having installed the app.

It’s a subscription paid sports streaming service. It offers live content, as well as broadcasts of more than 100 different events between UFC matches, boxing, soccer leagues, among others. The service is available in Germany, Spain, Italy, the United States, Canada, Japan and Switzerland. In addition, you have plans to expand to another 200 countries. It has a free 30-day version, support for HD videos, and is compatible with the vast majority of devices Android, iOS and Smart TV. It can be found on Google Play.

Last but not least is FuboTV. This platform offers more than 100 television channels, of which 30 broadcast live sports. Especially boxing. Here are exclusive shows from CBS, TNT, FOX, NFL, NBA, NASCAR, Olympics and World Cups. You have a 7-day free version, and different subscription packages. The application is available on Google Play, and is compatible with Android and iOS devices. It also has movies, series, news, animations, among many others.