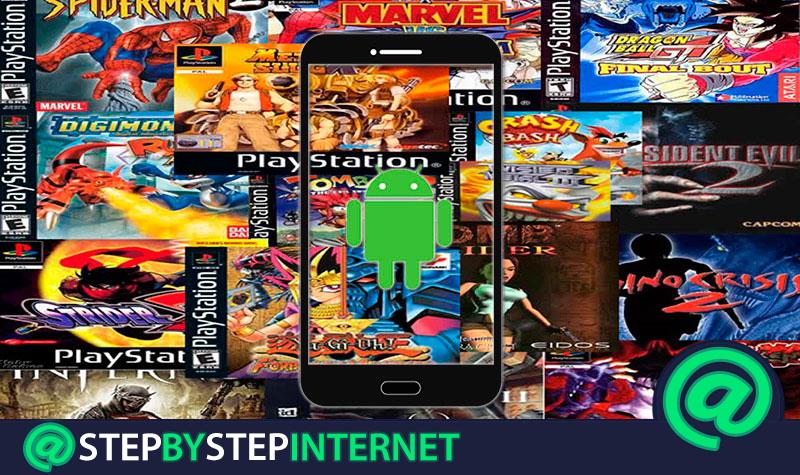 The Sony PSX console is one of the most important and special that came on the market at that time. Since, it is the first video game console that the computer company launched in Japan in 1994 and later, it expanded to Europe and around the world.

Thus, the PSX caught the attention of many children and young people who were delighted with the large number of games offered by the console. Today, these users continue to remember the mythical titles such as Gran Turismo, Metal Gear Solid, etc .; eager to remember that experience .

For this, a large variety of emulators have been created that offer a game completely similar to the one you enjoyed on the PSX. Best of all, there are already several alternatives to run in the comfort of your Android device and play through these wherever you want.

Although, initially, the emulators that began to be created were only compatible with operating systems such as Windows, Mac OS and Linux . Subsequently, these were adapted to the technology of the Smartphone and that is why, now they support the famous operating system, Android. Especially, when it comes to emulating the gaming experience of the first PlayStation launched on the market , that is, the PSX or PS1.

While it is true, when we refer to an emulator, we are basically talking about a program (or application, in this case) that has the ability to mimic the behavior and all the functionalities that once offered a console of this type . Which, were created in order to enjoy all the games launched so many years ago, but from the comfort of a computer or mobile. Taking into account that, these video game consoles are already very obsolete.

In this way, it is necessary to take into account the main alternatives that all Android users have at hand, to get a gaming experience very similar to the one they once tested on the PS1 , and best of all, they can use it from anywhere.

Next, we present five of the main apps that manage to emulate the PSX on any Android terminal with enough storage memory capacity : 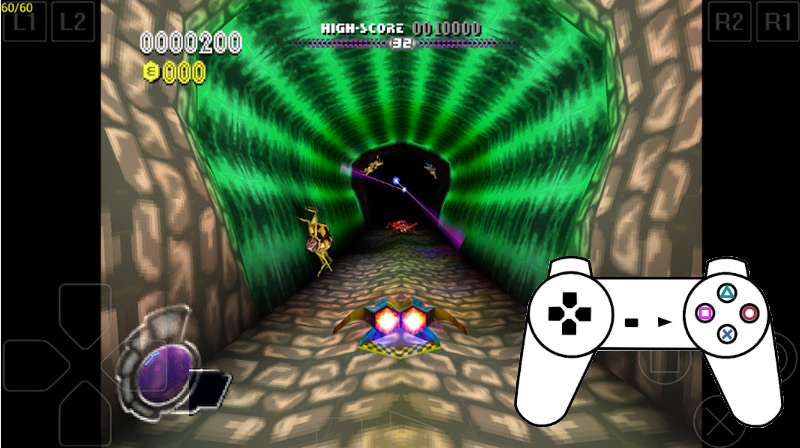 This application is considered one of the best to emulate games on Android phones, specifically the PS1. Taking into account that, it is a mobile version of the famous ePSXe program created and designed as an emulator software for computers. Which, provides remarkable compatibility and presents the highest game speed you can handle , today.

In this sense, the emulator can be downloaded directly from Google Play Store (it is located in the Arcade category) and is designed to provide a great gaming experience both in mobile phones and in Tablets There, it includes a completely interesting mode for two players on Tablets and up to four players on Smartphones . It also offers support for virtual controls on the touch screen and contains external controls with support for analog controls.

The application allows you to make use of its save and load states, presents excellent features in terms of its graphics , thanks to the fact that they have been improved with OpenGI and also has native support for ARM . On the other hand, it should be noted that it is not a free app and has a price of 2.99 euros , in addition, it can only be installed on devices with Android 2.2 or higher to this version. 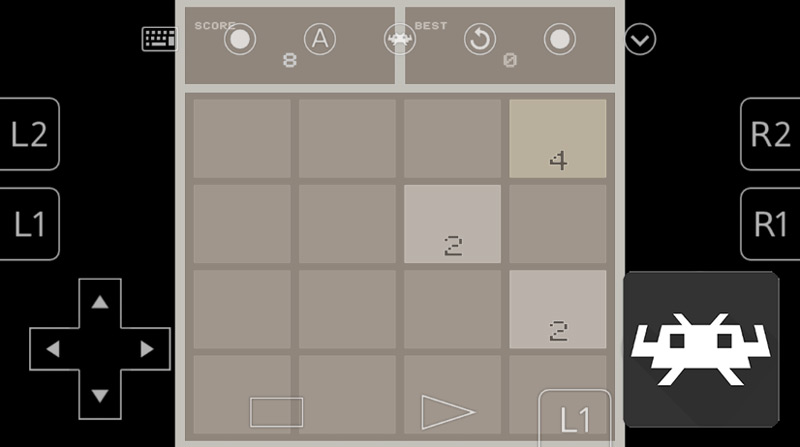 It is also an application available in the Google Play Store and best of all, it is a free and open source project . Therefore, it stands out as one of the emulators for popular and advantageous for Android devices. Taking into account that, in addition to offering the experience of the legendary PS1 or PSX console, it is a multi-console emulator , that is, it also runs other PlayStation video game consoles.

It is valuable to note that it is an application with great stability. However, it is an emulator that exhibits a modular structure and therefore, the user must download each system individually, that is, as a complement. In this way, it is the only complex aspect that can be highlighted to this PSX emulator for Android; which, differentiates it from the other options.

But, despite this, the vast majority of users who have used the application, guarantee that is one of the most complete emulators of the PSX that exists for Android today. Thanks to that, it contains several completely customizable configuration settings, reveals great playability and is very powerful, in general. Even shows a very clean interface . 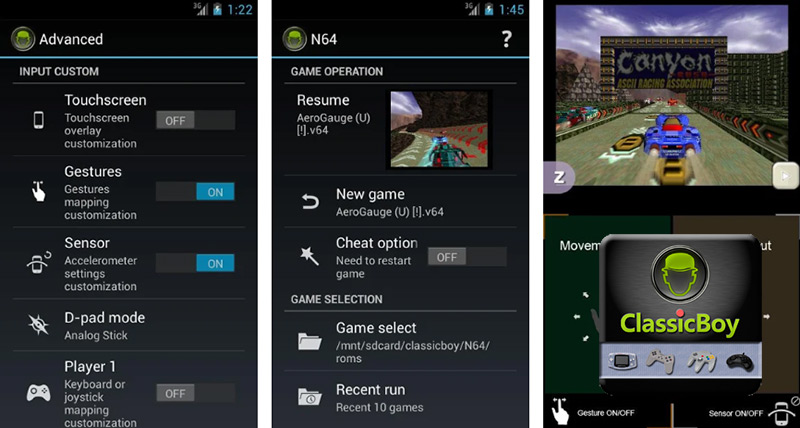 This is an emulator that offers two versions: one free and one subscription (costs 2.94 euros); both can be downloaded from Play Store . However, we will focus on the operation and the most relevant features offered by the free version of the emulator. Thus, it presents support for a remarkable variety of consoles, among these is the PSX and also others from PlayStation, as well as Game Boy, Game Boy Color, Game Boy Classic, Nintendo 64, SNK NeoGeo and many more.

It is also considered one of the main solutions for Android users who wish to run any PSX game, taking into account that, unfortunately, the application does not come with ROMs . But well, it has excellent features that are worth using, whether it’s support for external controls, audio settings, fully customizable touch screen controls, etc.

For its part, ClassicBoy also has a graphic button editor for position and size definition, supports save status to recover the game whenever and wherever you want. Accept change of style, scale, animation, opacity and has an option in which accepts up to four players . 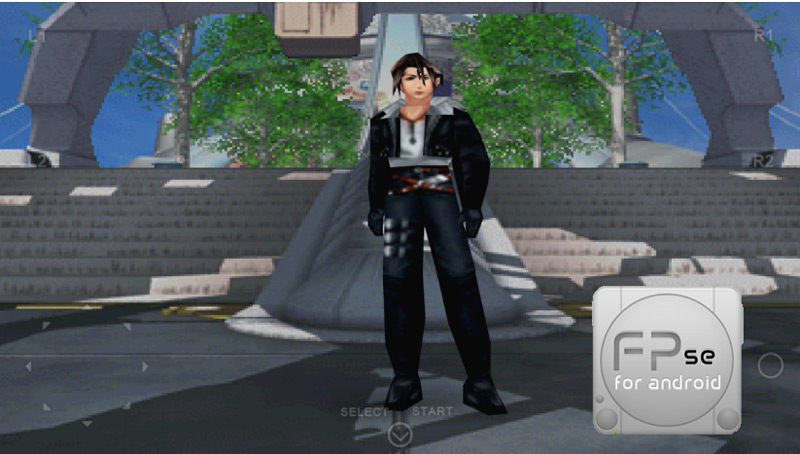 This emulator is a payment application in the Play Store that is priced at 2.79 euros . With this cost, it gives you the option to make use of its basic functions and other tools that allow you to qualify the emulator as one of the best solutions available in the market for Android. Since, it presents the ability to show all PSX / PS1 games and reveals a remarkable speed of execution .

Thanks to this, today, the emulator has more than 250,000 daily users and is the most used alternative in the world when it comes to Android emulators. That way, it guarantees all games in high resolution using OpenGL technology that provides excellent graphics. It has an exceptional interface where you can explore and locate games of all PS categories and access them automatically.

For its part, among other details, it offers the ease of creating an ISO image of your favorite PSX games, exhibits high performance, high sound quality and great compatibility . It also allows you to save the game at any time, perfectly emulates the sound tracks, supports various files and image formats, is an app compatible with the G-Sensor, etc.

Finally, we recommend this free application that, although it was previously available in the Google Play Store, you can no longer find it there. However, you can get your APK file from several trusted websites on the network and download the application on any Android device, only taking into account that the version of this is Android 4.2 or higher to it . Basically, the emulator in question is characterized by providing an optimal gaming experience of both the PSX or PS1 as well as the PS2 of Sony.

In addition to this, it is an application that offers you the ability to adjust settings easily, in order to customize the gaming experience much more. Either to configure the different resolutions , as well as to adjust the audio and video quality. Additionally, the emulator has an excellent rendering system, texture filters, great graphics, etc.

On the other hand, it is valuable to highlight that it presents the app facilitates more than 1500 games that work very well and even, they are updated over time to offer you a better experience. Among other details, it is an application with a very nice interface that does not require extensive configurations when installing it on the device.