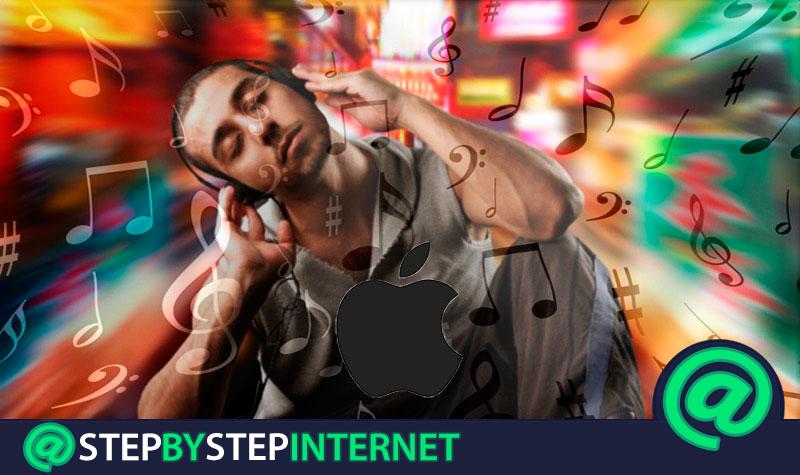 While it is true, music is an ideal and practically essential complement in people’s lives, so it is essential to know the best music players to use in electronic devices. For its part, a music player can be defined as a digital audio player that stores , organizes and plays files of this type So today, there are multiple applications that are found both in Google Play and also in the App Store of the renowned iOS operating system . Which are completely available to different users, taking into account that many of them are free. Offering in this way, greater ease and efficiency to these users when having a good player .

In this sense, in this post we will focus especially on the best free music and audio players that can be used on iPhone, iPod and iPad . Making reference to those most modern and used applications worldwide , highlighting that today, they are updated. With what you will have the most complete and accurate information so you do not hesitate to try each and every one of these players and finally install and use the one you think best .

It is essential to note that despite the fact that all the mobile devices equipped with iOS, add players of high quality and capable of covering the needs of almost all users; it is possible that at some time and for different reasons, it is necessary to go to another sound player . So, below we present the most appropriate alternatives for it .

Among the different options that exist to play high quality sounds and audios on iOS devices , we have made a summary with the applications that have better features and bring more benefits to their users. So we detail them below:

He is mostly known for his excellent skills in identifying song data . However, it refers to a medium that is capable of playing tracks once they are recognized, highlighting that it is completely free.

Shazam is not a standalone music application because it works in conjunction with other streaming apps , but it is also a good option to use as an audio player on iOS devices.

For its part, the most interesting features offered to those who hold mobile phones iPhone, iPod or iPad, are the following: 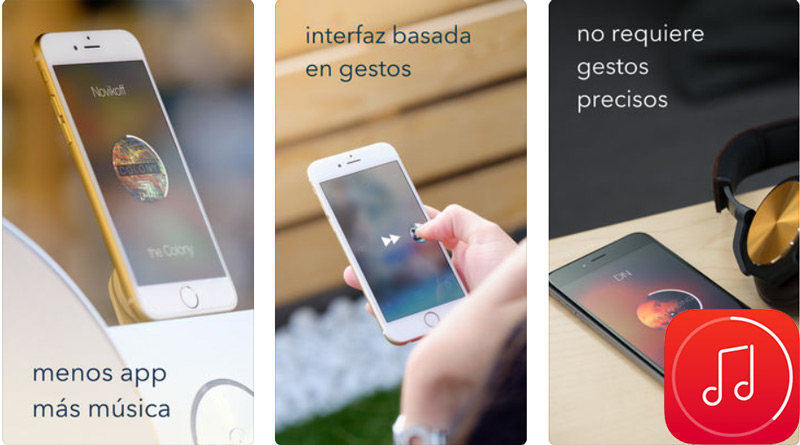 This is a player that offers the possibility to control the music you want to listen with just a few gestures. Thus, is a software used mostly on iPhone and has been developed by MacPaw . Listen for iOS attracts the attention of its users, it is free and its features even if they are small, they are very specific.

Of which, we specify the following: 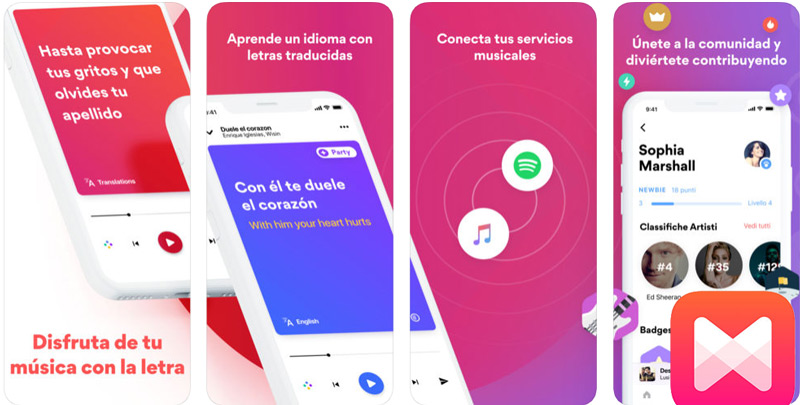 Musixmatch is not only a simple tool to listen to your favorite songs, because thanks to its great features, is considered as the most complete alternative to play music on iOS devices . If you are one of those who use Spotify constantly, the name of this app may already be familiar to you.

In this sense, the indicated software adds a set of grouped tools and in reality, is born as a database of song lyrics , being the most notable feature of Musixmatch Now, the other features that also attract attention are: 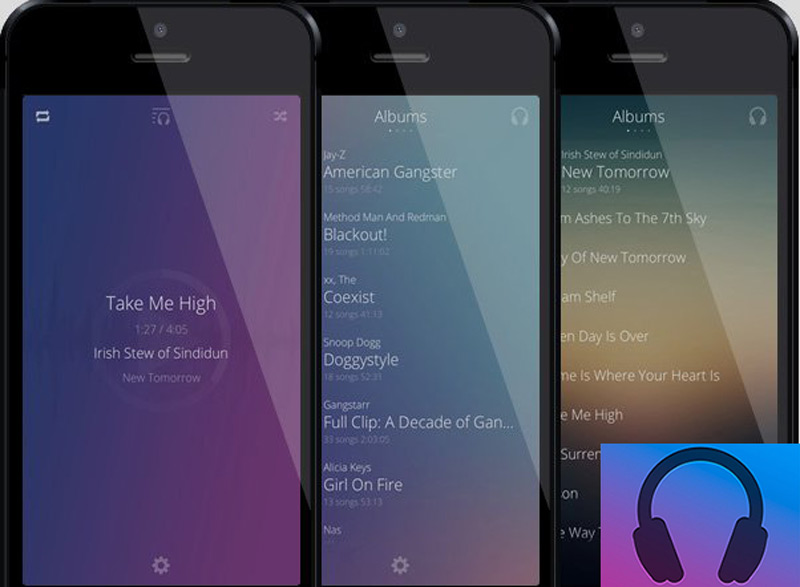 It is an original and very attractive idea compared to the serial player of our electronic devices. Beat presents a completely impeccable and well-maintained interface . As for its particularities, the most important is that contains a completely gestural control , which can be an advantage and disadvantage at the same time.

This, because the number of available gestures makes it difficult to memorize , so that its operation can be a bit complicated.

Among other features, we have: 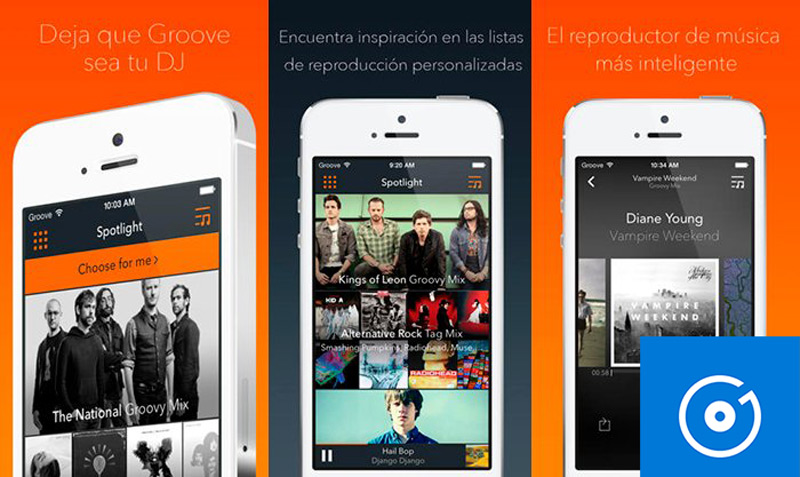 It is another player that iOS users use the most , it exhibits very good features and its interface perfectly represents the graphic model proposed by iOS 7 .

The Groove music player allows you to listen to your favorite tunes and also offers a wide range of alternatives regarding playlists .

In addition to this, it consecrates the use of intelligent gestures while you are in the car , in order to handle the player more easily when driving. Others of its peculiarities are: 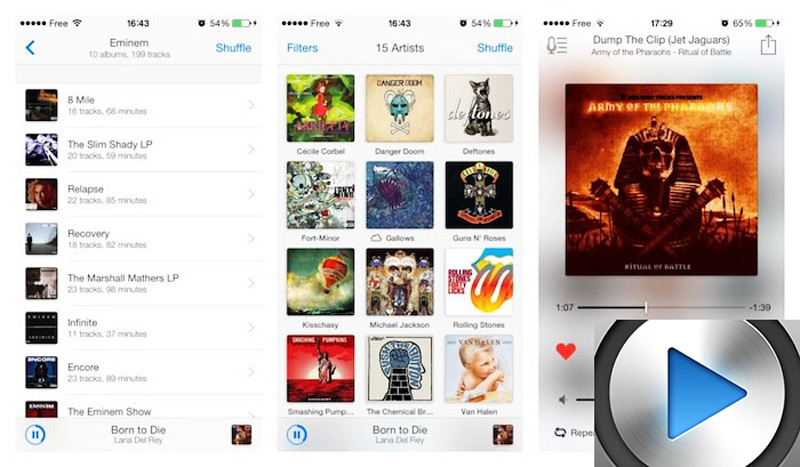 As you know, Apple’s mobile system shows a great taste for aesthetics and this is also reflected in the apps that are available in the Store. One of them is Ecoute, a software that allows you to give a twist to the way you listen to your music on the iPhone, iPod or iPad , replacing the common player in the best way. Taking into account that it is a simple application to use and has been preferred by many users.

Let’s look at the most notable features of Ecoute:

This application retains all the peculiarities of the original site that concentrates a community of musicians, podcasters, bands and many more . In addition, Soundcloud gives you the possibility to find new artists, listen to songs in your feed and if that were not enough, record and publish your own audio .

Now, among other features of the app, you specify: 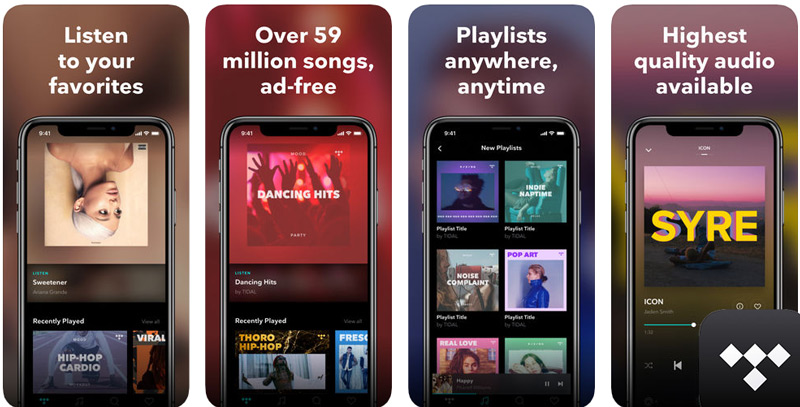 Also is a music application widely used by iOS users and has more than 25 million quality tracks . You also have quick access to music videos, fully personalized suggestions and in-depth interviews that can range from Jack White, to Jay-Z .

Among its most notable features, we find these:

This application offers you songs that you can customize to fully adapt to your tastes . In short, it is possible to create and share your radio stations . So Slacker Radio is considered another free player for more attractive iOS devices.

Regarding its most important characteristics, we highlight the following: