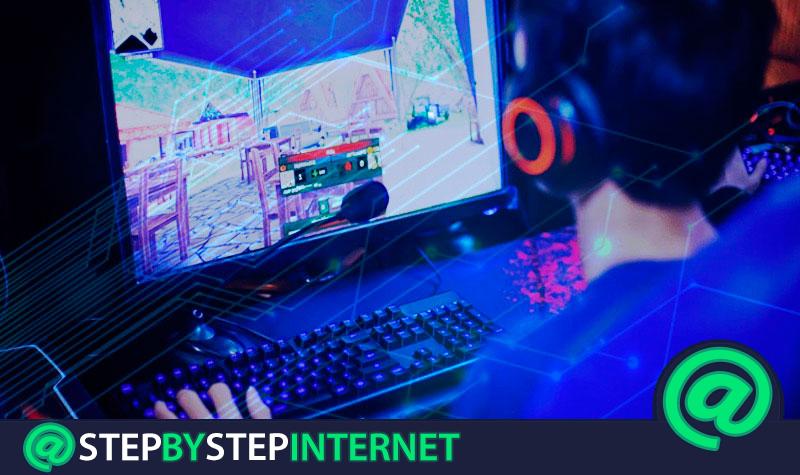 Video games play a very important role in the digital world today. So, for years, they have a powerful audience of all ages worldwide. But, beyond the game consoles that have gone through many generations, today is also valuable the fun of playing in the cloud .

When we talk about the game in the cloud, we basically refer to those gaming platforms that can be run on a PC . That is to say that when you buy and install a software dedicated to entertainment, you can spend good entertainment without worrying about having the best console or the best computer.

In this sense, we want to let you know what videogame platforms are about and what they work for , as well as their most important advantages . Taking into account, in addition, the best platforms to install video games on your computer.

As is and how the renowned Spotify and Netflix platforms work, to facilitate music, movies or series content; There are also other platforms that provide all kinds of video games to the public in order to approach what will be the future of the digital games industry . Well, more and more companies are betting on offering the user’s favorite video games from their own servers.

It is not about downloading and installing a game on your PC directly, but make use of the content hosted on the servers of these companies after making a certain payment. Which means that, when you want to play, you need to connect to these servers from anywhere, both with the screen of your PC and also with your remote or console.

In a nutshell, this means that on the servers of each company that facilitates the experience, is where the game is actually running . Simplifying, in this way, how to execute each title for users who prefer to play on the PC, instead of traditionally using the console.

Thus, it should be noted that the gaming platforms serve to avoid spending so much money on console games that are much more expensive and also allow to obtain more variety when executing a title , being all much more updated and in a certain way, close to you.

Here are the main advantages that gaming platforms provide to install on a PC:

Although many people believe that console players are more exquisite than PC players, the opposite is true. Since, a PC player will always expect to enjoy high quality games and wish to access content with greater variety ; which can simplify this type of equipment. That way, you need to narrow down the best platforms that exist to download video games on a computer:

Thanks to the fact that it stands out as the largest videogame platform for both PC and Mac, it is valuable to position this alternative first. Which, contains more than 7,300 games in total and therefore, ensures a complete variety to its users in order to enjoy any existing title in the world of entertainment to this day.

For its part, it is an ideal option for players who prefer to find free video games, because it has a section called “ FreeToPlay ” that guarantees some free games forever, being of great fame all of them (Dota 2, for example). That way, it works as an organization that allows you to try or buy the games .

Thus, it has about 13 million connected players from its web version and from a client with whom you must download and install the titles to be executed. Among its advantages, it is highlighted that it does not contain such high prices and constantly offers offers , especially during the summer seasons or some holidays such as Halloween.

As the name implies, it is a Google service specifically known as “ Stadia ” that offers streaming video games. This service must be paid monthly and has a price of 9.99 euros ; which is available throughout Europe. Among other features, we highlight that this entertainment platform for PC only requires the WiFi controller to broadcast the video .

In addition to this, it also allows you to connect the TV for the transmission of the game and does it through Chromecast , especially if you use a Smart TV. As expected, it has a powerful catalog of titles of different genres and for greater interest, these can be executed at 4K resolution and at 60 fps .

As an additional fact, we mentioned that Stadia offers a package with a cost of 115 euros and with it, you can get a subscription for three months, which includes a remote and a Chromecast Ultra with 4K compatibility.

It is a platform that belongs to Electronic Arts and at the same time to Ubisoft, being widely used in Spain . Thus, the solution provides all the games registered in Ubisoft, but the titles can also be obtained directly from Steam . Therefore, you can have it installed to run the video games or do it through Steam.

However, this platform usually presents disconnection problems and from the beginning, showed security failures. Because of this, it has a lower number of players than the other platforms in the list. But, if you are a faithful follower of the “ Assassins Creed ” or “ Whatch Dogs 2 ” saga, Uplay is ideal for you.

Definitely, this is another of the best alternatives to Steam in the market to run games on any PC, being one of those that comprises more users around the world . Taking into account that, after Steam, this is the one with the most active players today.

For its part, around the download and purchase method, it is very similar to the one Steam handles; The first detailed option of this listing. In short, it is paid online and when you subscribe, you get a unique password to access whenever you want . All titles that Origin contains are from Electronic Arts and it stands out for providing renowned titles such as “ Fifa ”, for example.

Also known as “ Good Old Games “, this is another recognized gaming platform in many countries of the world. But, above all, it comprises a large English-speaking community. Owned by CD Projekt , a Polish company that easily provides classic games without DRM . I mean, you don’t need to have an internet connection when you want to play.

Thus, it is estimated that its operation is somewhat different from the other options proposed in this post. However, luckily, it offers the majority of titles that you can also place in the other options and the best thing is that it gives you much cheaper prices, taking into account that offers weekly offers most times .

It is a platform owned by the Blizzard production company and through it, you can distribute and play different titles, such as World Of Warcraft, Overwatch, Diablo III, among others. Being, in this way, one of the most renowned options today to find different video games.

It is worth noting that, Battle has a large community that is very well organized. This, so that users can use their games easily and quickly, but for this it is necessary to download their official client on the computer to use.

It is a platform that draws bundles or game packages on a weekly basis and best of all, there are different types and they allow you to select any according to the price you want and can pay. These packages basically contain three games ; but if you pay more, you can expand it to your liking without any complications.

Referring to its benefits, we specify that Humble Bundle supports a minimum payment amount of one dollar, making it the preferred alternative for thousands of users in the world. Apart from that, they allow you to allocate part of what you pay to the available charities you want and with this, in addition to having fun, you can also help those who need it most.

To conclude, we highlight this highly recognized indie platform that stands out for being a hosting service for commercial video games and freeware with purely social functions . Which is suitable for both developers and consumers, since the latter can easily navigate the video game store, thanks to their organization by categories .

As for the advantages it provides to developers, these are based on the fact that they have the facility of uploading their own game and for greater benefit, adjust the price of this as you want to offer it to the public. Among other features, it exhibits a simple interface to handle and has a calendar with Game Jams that are active at a given time and those that are to come next.