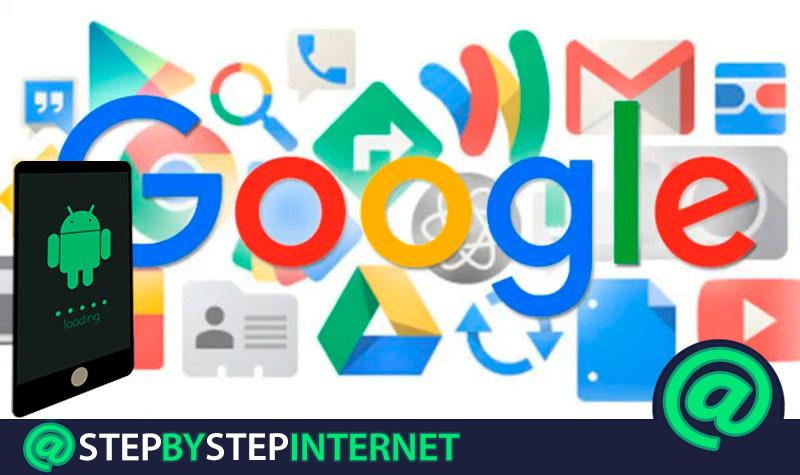 Google … that would be of our life without him . What began as a simple search engine became an increasingly complete project until it became the titan we all know today. But it’s not bad, because if something needs to be recognized, is that they move to make our lives easier in every way , or at least as far as they can.

One of the ways they have to improve our lifestyle is their applications. Since they were made with the Android operating system, have developed dozens of apps that help us in many ways ; from work and home, to leisure and entertainment. Each of their tools are excellent and we should have them all, or at least the most important ones.

In this article we bring you an extensive list of all the Google applications that you can install on your smartphone with Android operating system . You will know how they work and what it is for, and we will give you the download link in the Google Play Store so you can install it immediately if you like.

What are Google APPs and what are their advantages?

Google applications are tools for mobile devices developed by that company. All revolve around a target; improve the user experience in front of the mobile. So they have created apps for almost everything. In addition, to use them you only need a single Gmail email account , which will allow you to use them all.

The advantages of these Google services are obvious. For starters, allow you to fully exploit all the functions of your mobile , causing potential to maximize exponentially. In addition, they consume almost no resources from the terminal, so you will hardly notice that they are installed unless you use them.

This list will be long since Google currently has more than 90 applications that we will present to you one by one and will include your respective download link directly in the app store of Play Store. 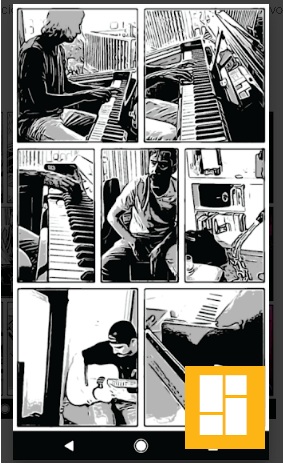 This is an application intended for art lovers. What it does is take your videos and turn them into drawings and order them as a comic , separating each scene with bullets so that you make them a real comic. It was released last year after more than a year in Beta, during which it received very rewarding reviews.

Do you like edit your photos with filters to give it a unique style? If the answer is a big yes, then this is an application that you can not miss on your mobile. With it you can edit all your snapshots and then share them automatically on your Google networks , such as Gmail. This is another reason why Research at Google can never cease to exist.

You can also download a variant of this one that works to change the color of your hair in the photos , a function that lately is gaining many followers around the world. 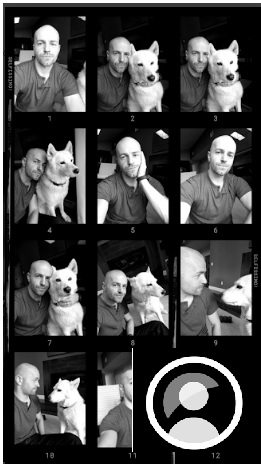 This is a smart app that will allow you to get the best selfies in the world. What it does is determine what is the best time to take the snapshot when analyzing your face to always show your best possible angle before the camera and just when the lighting is better. It was released last year but is still constantly updated, so you may have your mistakes, but your potential is not under discussion. 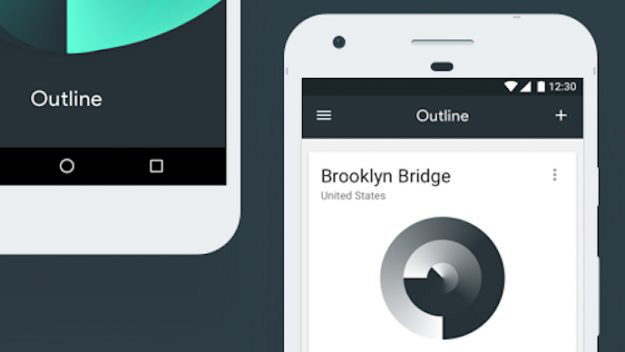 Offline is an application for connection security. With it you can connect to any private network (VPN) , so you can browse anonymously without leaving traces of your IP address. It is especially useful when you are ready to download , since it also has a resource management function that makes the speed of the internet concentrate on the content drop as if it were a torrent client . It was launched in early 2019 , so it is still undergoing improvements.

Do you like programming but don’t know what to eat with? So this app is what you need to take your first steps in this world. It is a game designed to teach you the basic principles of programming in the main languages ​​of it , in an easy and interactive way, with visual challenges that will work a lot to understand what you eat all this.

This is a fantastic customization tool that will allow you to change almost every visual aspect of your terminal . It is not possible to install it on all mobiles, but in most brands Samsung, Huawei, HTC and other manufacturers recognized with Android 8.0 system or higher. In addition, it also includes the app « Wallpapers » that will allow you to have the most dynamic and artistic wallpapers in the Smartphone world. 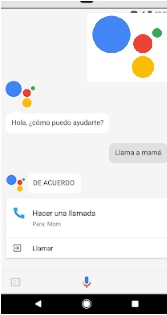 We’ve already told you about Ok Google in the past. The world’s most famous search engine voice assistant allows you to perform multiple actions by simply modulating its commands . With it you can do things as simple as performing a search on the internet or downloading a song, until making a reservation at a five-star hotel. The best thing is that it is getting smarter, so you should not download that in the future I will even be able to ask you for a pizza just by giving the order.

This is the Google version to compete directly with Excel. With it you can create your spreadsheets to keep track of your accounting or any other type of thing you need to do with it. In addition, is linked to Google Drive, so all the documents you create can be secured online directly to the cloud so there is no risk of losing them unless you delete them. Not forgetting that you can create shared documents that can be edited by all those to whom you give permission.

We continue with the direct competitor of Powert Point. This application allows you to make professional-level presentations from your smartphone thanks to a series of tools that make it the most powerful options on the market for this task. In addition, with it you can also upload everything to Drive , which will make you secure everything in the cloud and make presentations shared with the users to whom you give them permission to edit or view. Without a doubt one of the best apps of all Google.

Did you think there was no competition for Microsoft Word? Well let us tell you there is. This is possibly the most popular of the three as it is used by millions of people worldwide. With it you can create text documents and share them in Google Drive . This is an excellent application to optimize the work team, since you can give permissions for others to edit or view the content you are writing. Without a doubt one of the best office software for mobile devices there is. In addition, you can also manage everything from its interface, which gives you an extra organization that you cannot get in Word.

A fairly simple and practical tool at the same time. With it you can create simple notes as a reminder that you can store in Google Drive . In addition, you can link it with OK Google to create reminders with the voice commands that we mentioned before, as well as with the calendar to set an alert that emphatically reminds you of the content of the note. 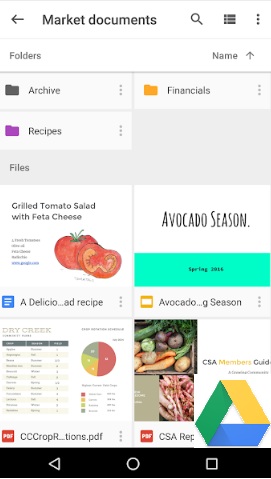 One of the applications that you can never stop having on your Smartphone for any reason. This allows you to store all kinds of documents , from photos and videos to text documents and spreadsheets, in the cloud completely free . In addition, it was recently redesigned to give it a much nicer theme to look at. With it you can also download files that you share and do the same with those who upload yourself to the platform. That without forgetting that it is linked to virtually all Google applications, such as Gmail, Spreadsheets or Documents. 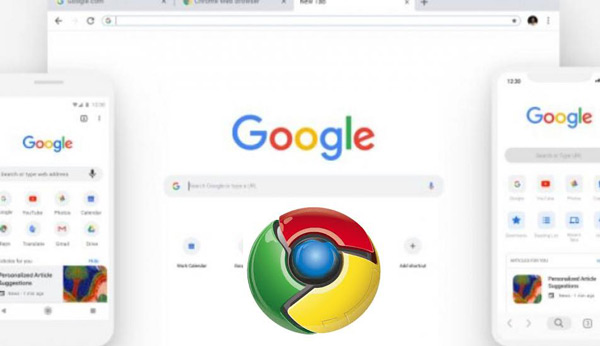 One of the brightest stars in the Google universe. It arrived at the desktop devices at the beginning of the decade and before it is finished it is already the most used browser in the world on all computers, with millions of downloads in the main application stores in the world. It currently has 4 different versions with which you can enjoy special features , although it must be said that these are not yet as stable as the original.

Another of Google’s strengths that revolutionized GPS technology in many ways. You don’t need much presentation to say, but if you don’t know it, we can tell you that with it you can have access to all the maps of all the cities and countries of the world , as well as a satellite view that is constantly updated every month so you see the way in which everything is constantly changing. In addition, it is important to have it since it is linked to another dozen applications that will be extremely useful in the future.

One of those applications is MyMaps, which allows you to create custom maps to devise your own routes to run or get to work faster, or MapsGo, which is a more basic version of the same app for low-end mobiles .

This is an application that was acquired by Google and many consider it even better than Maps itself. They are basically the same, with the difference that the latter has a huge community of users that keep you up to date with events in each city , especially as far as land traffic is concerned. You may prefer it over the previous one, although you can’t stop having it since its technology is much more useful.