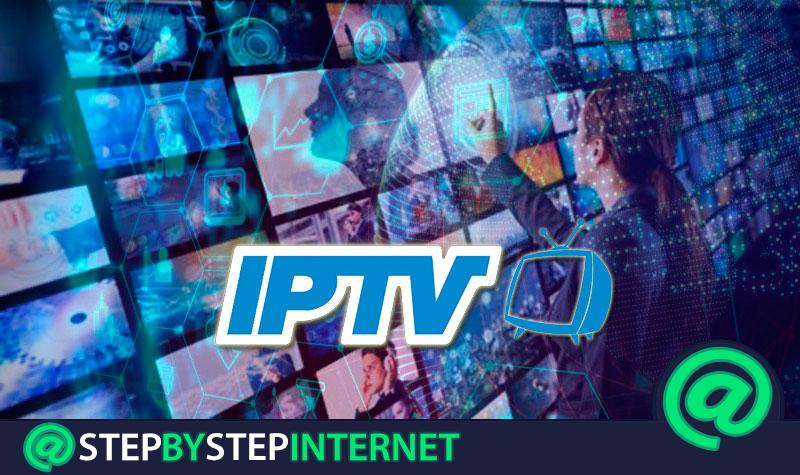 Currently, we are going through the great boom of the era of Internet video. Which has been an evolution supported by the fastest speed in Internet connections that can be obtained today. Like, for streaming technology.

Hence, the importance of delivering audiovisual content over the Internet to users . Which, increasingly looking for more alternatives to entertain and want to locate content that is available at the moment , unlike what happens in traditional TV. Consequently, most telecommunications companies have added a greater number of services and among those, is IPTV.

In this sense, also known as “Internet protocol television” has different advantages for consumers and thus, it is increasingly being adopted by them. Therefore, below, we will indicate a list with the most optimal services to watch this type of television .

What is Internet protocol television and what is this technology for? ?

Said technology refers to a system where the digital television service is broadcast using the Internet protocol on a closed network infrastructure. Which facilitates the fact of both receiving and reproducing encoded video signal as a series of packages of this type of protocol . Taking into account that, this is optimized by the adoption of more appropriate codecs for the dissemination of video over the network.

Now, in general, the well-known term of IPTV is based on the ability to watch traditional television channels, but with a controlled distribution . Which, ensures the fluidity of the video, a high resolution and also the reproduction of the images without any delay. The Internet providers themselves are responsible for managing the contents and with that, they ensure that QoS priority is maintained.

For its part, it is necessary to refer to the operation of IPTV . Which uses a bidirectional signal with a broadband connection and also a programmed converter that manages to manage the requirements of each user in order to access the various means available. That is, the person connects through the converter that encodes the IP video and instantly, transforms it into standard TV signals .

It should be noted that, said television system provides the possibility of accessing the following contents, so that each user can choose the one sent to their section:

What are the advantages of using an IPTV application on our mobile or Smart TV?

Fortunately, there are currently a variety of IPTV applications that you can download from the comfort of your mobile and also use on a Smart TV. But, before proceeding to specify the best of them, it is of great relevance to know the main advantages that ensure the use of these apps on these smart devices:

Now, in order to make use of the best apps to enjoy Internet protocol television, here we present a list of 15 of the options with excellent performance for it >: 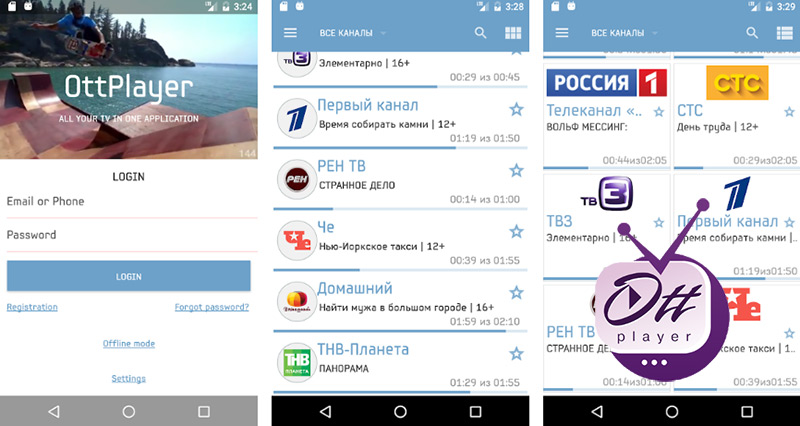 Available and free on Google Play Store, as well as pre-installed on some Smart TV; This application is one of the best to enjoy IPTV. Which is characterized by support four transmission protocols which are: HLS, RTSP, TS by UDP, RTMP; and also accepts M3U playlists . However, it should be noted that it does not work with XSPF playlists.

One of its best advantages is that is not compatible with advertising , unlike the wide variety of free IPTV apps you can find for Android. Therefore, you should not wait for a channel to load while you are forced to watch those annoying ads. Stop it, let you customize the icons of your channels . But for all that, you have to create an account on your website. 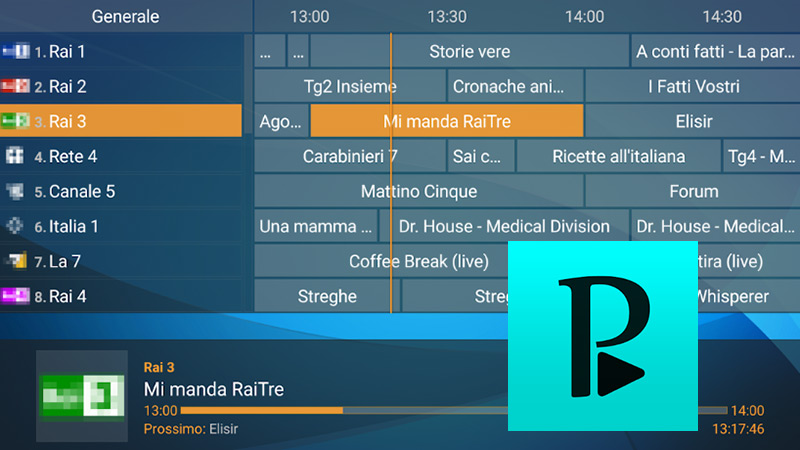 Second, we locate this other very popular solution that has been designed, especially for Android TV users and is also free . Bearing in mind that, it is considered an ideal option for those looking for the native Live Channels app. Among other features, it has M3U and XSPF playlist support .

For its part, its compatible EPG formats are XMLTV and JTV, taking into account that Perfect Player IPTV makes use of a theme that is easy to understand and extracts its design signals from cable and TV EPGs by satellite . It should also be noted that, it also has several decoder options to select and is considered a perfect media player for viewing clips on TV, smartphones and tablets. 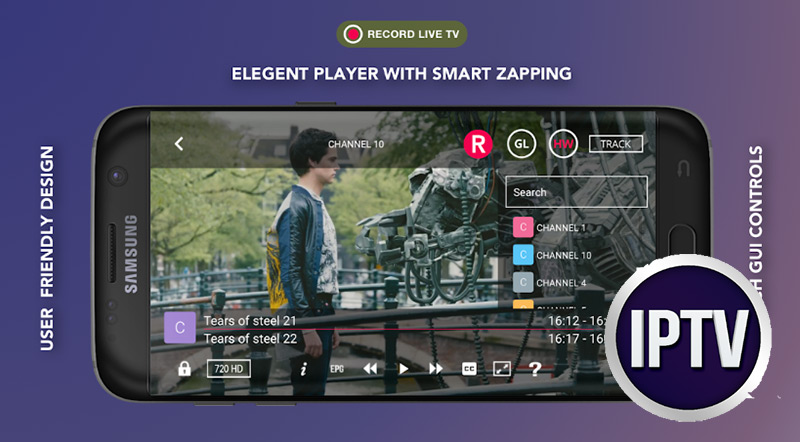 It refers to another of the most popular IPTV apps for Android, due to the large number of downloads it reveals in the Google Play Store. Reason why, it has an average rating of 4.5 stars. Taking into account that, for greater advantage, is completely free and has a cable TV EPG design that even allows you to forget that you are watching TV from an application.

Additionally, it has support for Android TV, Apple TV, iOS and Chromecast . It is also appropriate to highlight that it offers native parental controls, subtitle support or SRT files , supports EPG content in ZIP, XML and GZ format, and can play live streams from various sources. However, it contains advertising. 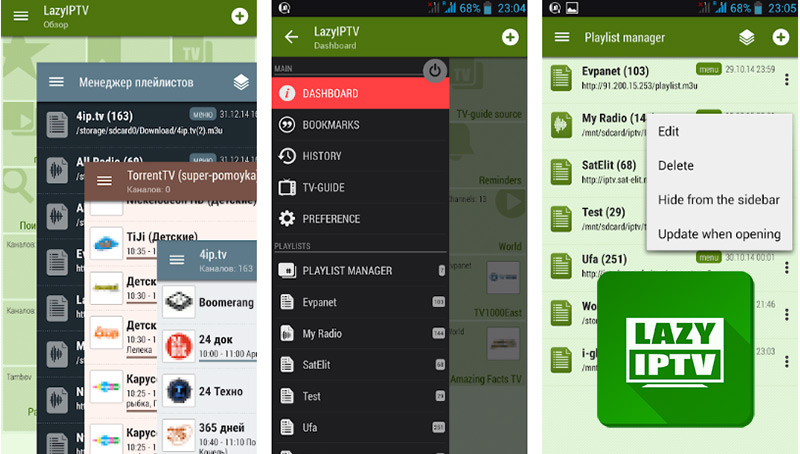 Also available for Android and some Smart TV, this application is characterized by being free and one of the most famous in the Google Play Store to enjoy IPTV. Since, has support for M3U playlists in open view, GZ and ZIP formats . Additionally, you can read playlist in XSPF format.

Among other details, as for the usability that it exhibits, it has the option of adding favorites, accepts nested folders, you can create playlist groups to your liking , export your playlist to change to an alternative app, etc. In addition, the app allows you to play videos directly from YouTube and VK, it also works with HTTP and UDP broadcasts. 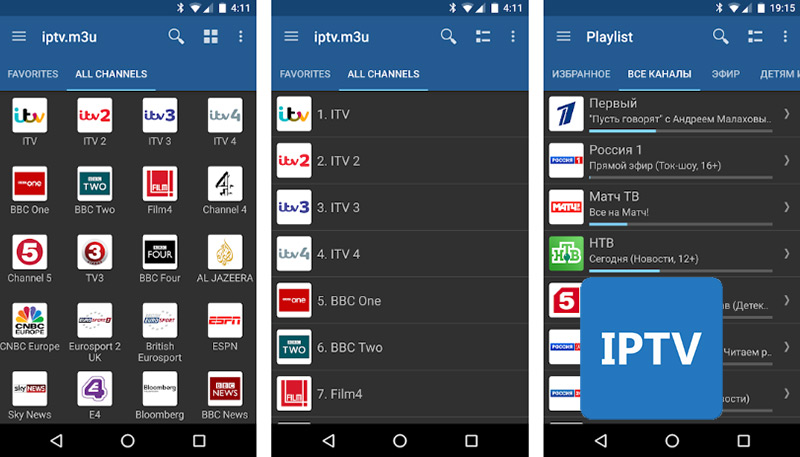 It is an application with more than 10 million users on Android , which is why it has been cataloged as the most downloaded IPTV app in the Google Play Store. Which is free and offers the possibility of adding M3U and XSPF playlists without any complications . In addition, you can use it to play multicast broadcasts; This is one of its best features.

Additionally, EPG support comes in the form of JTV and XMLTV. As for its customization capacity, luckily it offers different options for each client to adjust the experience to their liking. Also, it should be noted that it has a pro version that is ideal for a dedicated Android decoder to watch IPTV, because removes ads , the app starts automatically, has the function of “ eye resumption ”, etc.

Free of charge, this app works as a multimedia player with the ability to add M3U and IPTV lists to play them from there without the need to use external tools. Additionally, it is multiplatform and compatible with a remarkable variety of video formats and playlists. It is even capable of sending compatible content to your TV through Chromecast or DLNA devices.

On the other hand, it exhibits a user interface that is very easy to handle and thanks to that, it is extremely easy to play local videos and videos hosted on remote servers. In addition, it has a version adapted for televisions and all devices that have the Android TV operating system. Among its greatest advantages, we find that allows you to play your clips in 3D format easily . 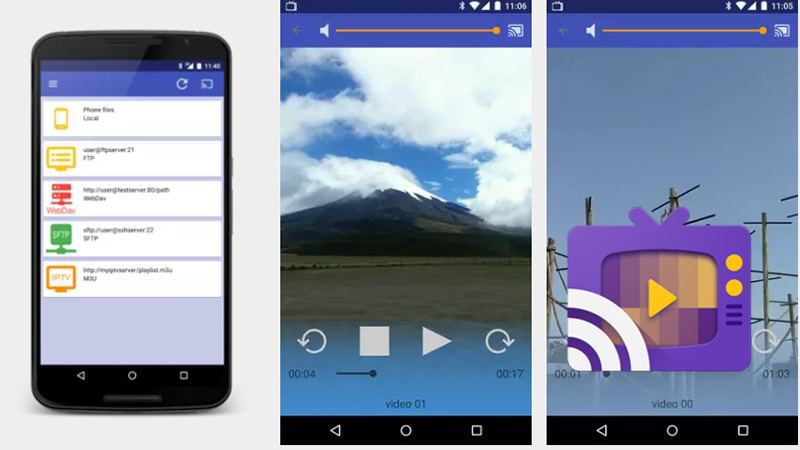 Although it is not available in Google Play Store, the truth is that you can get its APK from other third-party app stores for Android. In this sense, the main reasons why we recommend using Server Cast, is its excellent ability to play IPTV lists ; since it reveals an optimal functioning.

Additionally, taking into account other features of the app, it is good to highlight that it allows its users to attach lists to play them on their mobile or PC later. In addition, it exhibits a very simple and extremely efficient interface , does not contain invasive advertising and supports FTP, FTPS, UPnP, Google Drive, Dropbox, etc.

It also refers to an ideal app to play IPTV content for free from your Android device, but is not available in the Google Play Store . Because of that, you should get it directly from other third-party app stores through its APK file.

Basically, Simple TV is in charge of offering you the main and most important options to watch TV from wherever you want and with the best quality and even, it is perfect for listening to the radio. Added to this, it is extremely simple to use thanks to the interface it displays and, if that were not enough, has support for torrent TV technology . 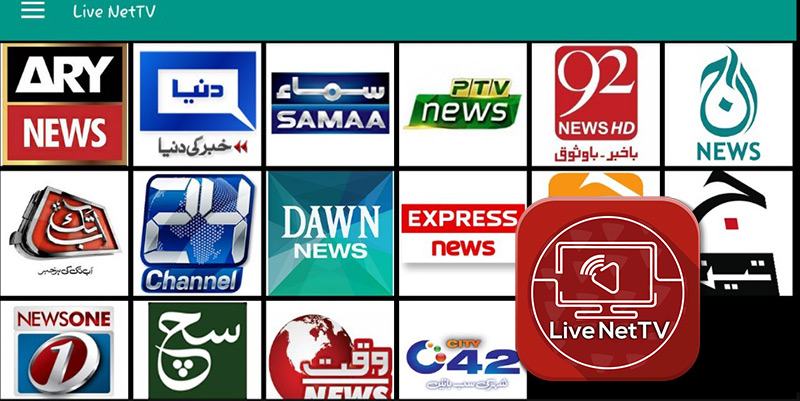 Free and without advertising, but available in third-party app stores, we located this other solution for Android that users can install through their APK file to watch a variety of TV channels. Taking into account that, provides more than 150 possibilities to enjoy directly from your Android device .

In this sense, it will be possible to watch entertainment programs, news, sports, children’s channels, music, cooking and even religion. That is to say, it guarantees a total of seven completely varied contents. On the other hand, includes four players so that, according to your preferences, you choose through which you want to see the audiovisual content (it is recommended to use MX Player).

As another solution to watch audiovisual content on the Internet with IPTV, we present this app that allows all its consumers to watch and enjoy dozens of different TV channels, for free and directly from their Android smartphone . Which, as well as other previous applications, must be downloaded from third-party app stores for that operating system.

For its part, it stands out for its remarkable ease of use, compared to other alternatives of this type. Since, once you download and install the app correctly, you have to click on the channel you want to watch and voila . So, it will not be necessary to download an additional document, file or tool to execute it. Additionally, you can filter the channels by country or by category , make the ones you want as favorites, etc. 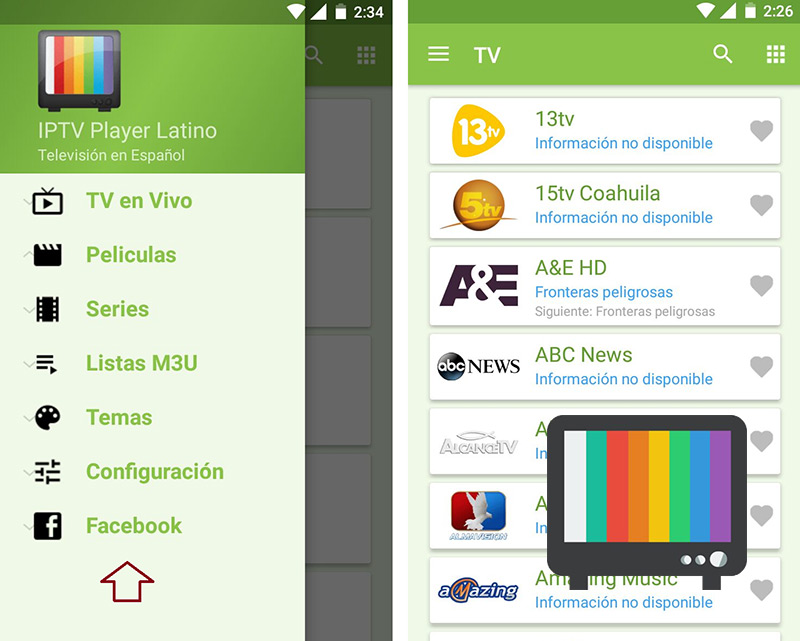 This is an app that is found in third-party stores and is characterized by its excellent performance as a player of M3U lists that, thanks to its capacity, will allow you to watch any TV channel for free and with absolute audiovisual quality . Taking into account that, it supports DTT content, satellite television and any other type of content. Which, you can specify from your smart search engine.

For its part, it offers you the possibility of watching any sporting event live and direct , as well as a host of channels dedicated to entertainment that provide various movies and series. In addition to this, it gives you the option to choose between low, medium and high resolution. It should be noted that, it offers customizable design, has an EPG guide to find out everything that will be broadcast on your lists , you can order them in your own way, etc.

Basically, it is a music and video player that offers the ease of playing and viewing all kinds of audiovisual content, as well as those from playlists that you previously created. This is a free and available solution for Android devices , which you can download from several third-party app stores.

Among its greatest benefits, we highlight that has compatibility with many formats , provides HD video quality, accepts playlist of channels and is an app designed to operate according to HTTP protocols, HTTPS, TRSP and RMPT , so you can download various TV channels, movies and series and watch them from your mobile screen without loss of quality.

However, it is necessary for the user to search the IPTV channels on their own with other tools and enter their URL there. 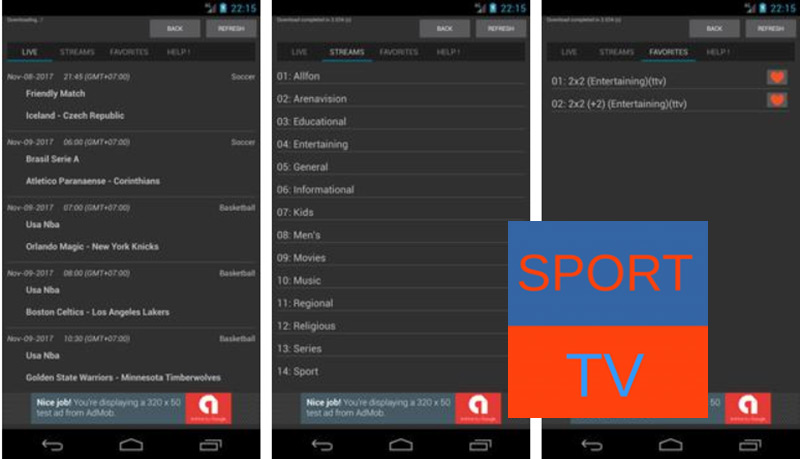 In this case, we present an ideal solution for football lovers . Since, it refers to an application designed to offer programming dedicated to football live for free on any Android device. Best of all, it contains around 1500 online channels from different parts of the world (Spain, Peru, Argentina, etc.) to enjoy the sport.