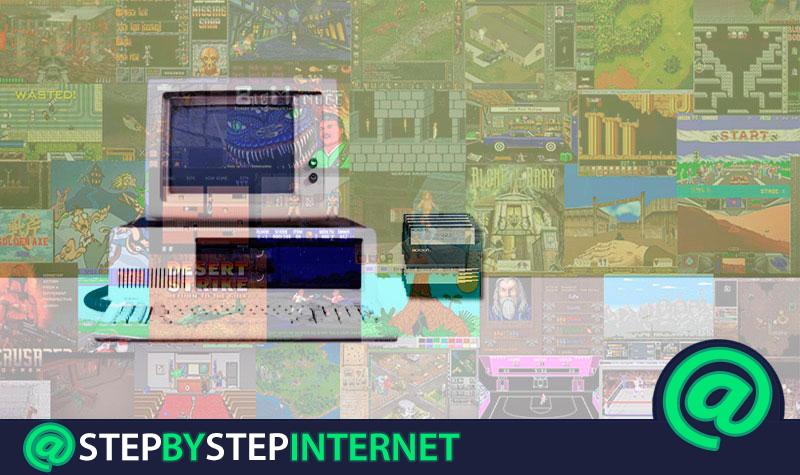 Around the 80s , one of the most popular operating systems in history was developed, thanks to the Microsoft company. Which, it was MS-DOS or “ Microsoft Disk Operating System ” that was used in equipment of various manufacturers.

Thus, during these years, the most veteran users could enjoy a wide range of games that also characterized those times of MS-DOS . Which, although they did not contain ultra-realistic graphics, were of high quality and managed to entertain millions of people around the world.

Currently, many nostalgia remember all these titles. But, what they don’t know, is that now they can also run a large number of the best DOS games in their browser , thanks to The Internet Archive that collects different information that has disappeared from the networks.

How were the games of the MS-DOS era?

As for video games, during the last three and a half decades, they have shown an absolutely brutal technological leap . So, running a game now is the simplest thing that could exist, compared to how it should be done in the MS-DOS era. Taking into account that, said operating system was rough and strange .

In addition, the system displayed a dark canvas through which bright characters passed forming singular names with indecipherable surnames. Therefore, users who wanted to entertain themselves with any available title in that era, were forced to learn “the basics” to survive and enjoy these games .

In this sense, below, we present some of the main features of the MS-DOS times games that, surely, only the good and true gamers of the 80s and 90 will remember perfectly:

It is no secret to anyone that many users are excited to play the famous titles of the Microsoft DOS era and even more, because they can do it from the comfort of their modern computer and completely free . Which, as we have already indicated, is made possible by the prodigious web of The Internet Archive .

But well, although there are about 2,400 games available in the catalog of this website, then we list the best 80 of them sectioned by categories >, so that you can find your favorite more easily through the link that we offer here also:

Of action and adventure

According to worldwide data, most DOS users chose to enjoy their free time with action and adventure games . Therefore, in this first section, we detail the 10 best games in that category so that you start by executing one or more exciting options from your PC:

It is a purely adventure and action game that was published during the year 1996. Thus, one of the first 3D video games offered to the entire 32-bit generation. This was developed by Core Design and is in English.

Developed by Atari Games Corporation in 1988, this is one of the most famous action games of that time. In which, you must go through 100 levels full of chaos, magic and a lot of emotion. In addition, it allows you to select from four characters to play and choose the desired weapons. Additionally, it immerses you in a world of dragons and dungeons .

It’s another great adventure and action game that gave a lot to talk about in the 90s, since was published during 1991 . Taking into account that, thanks to its high-quality graphics and the impressive cinematographic section it exhibited, it turned out to be a very innovative video game .

An action game proposal that debuted during the year 1988. Thus, it provides an experience in which the player must destroy a series of blocks with a ball that keeps bouncing on a platform that will always be controlled by the user. Thanks to its original proposal, it was a success in MS-DOS.

It was released in 1989 and was developed by Taito Corporation . Thus, it is a direct sequel to the Arkanoid I that had versions for all platforms, virtually. But this one, shows better graphics and better sound quality, has an editor and allows you to create your own levels during the adventure .

Refers to an action game that adds several united mini-games to provide a more exciting experience. Published in 1984, it is a small pixelated black cat that will do everything possible to get the love of a beautiful lady. For this, you will have to go through garbage cans, hunt mice, dive in contaminated fish tanks, etc.

Clearly action, this video game released in 1986 is about an evil that has destroyed the nation of the protagonist, Karateka. Who is an expert in martial arts and will have to rescue Princess Mariko who was kidnapped by the antagonist Akuma. The experience includes three types of hits .

From 1988, this MS-DOS game belonging to the action genre is about shooting and is based on the final scenes of the original Star Wars movie . In it, you will have to put yourself in the protagonist’s skin and destroy the Death Star . This title is characterized by using vector graphics to generate a lot of action at high speed.

Developed by Opera Soft SA and released in 86, this is an action and adventure video game that shows a lot of similarity with the also famous game, Goody. Basically, the experience tries to take a tour with the help of a complex map and look for what they tell you; you can help yourself with three weapons and alternate them.

A game created and released during the year 1990 that marked a whole generation. Thanks to that, it provides an amazing experience and puts the user in the shoes of one of the three heroes , where the main objective is to overthrow the evil city government. As an advantage, we indicate that the game allows up to two people to play on the same screen. 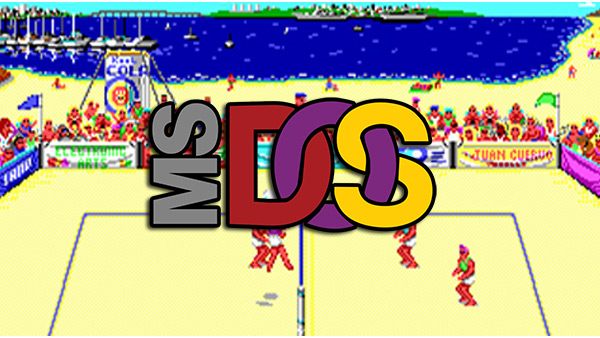 Another category that gave more to talk about during the 80s and 90s when it came to videogames in the DOS operating system, is sports. Both the smallest of the house and adults, almost always opt for an option that involves the sport, definitely. Therefore, here we present 10 options of this type ideal to run on your PC and remember that golden age :

Kings of the beach

A game that dates from 88 and enters the sport category, which is beach volleyball , specifically. If you decide to execute it, you can play together with another user and to win, you must always move quickly between your team when making serves and the best punches to overcome the opponent’s performance. In its time, it was a crazy idea that exceeded the expectations of the players.

Play here Kings of the beach

Based on European football, this video game exemplified the world cup of the 90s, but it was diverted to the European continent championship in 1992, to simply add those nations. In it, they can play two teams with 4 members , where they can choose any country in Europe they want.

Lakers versus Celtics and the NBA Playoffs

It is a 1989 video game that is presented as an ideal alternative for basketball lovers. To allow users to get closer to reality, the game is based on real NBA teams , such as the Lakers and the Celtics. Thus, it has two forms of play: trial and playoff tournament mode.

Play here Lakers versus Celtics and the NBA Playoffs

This game is simulation and focuses on football in Europe . When executing it, you will see that it has striking features, such as: Transfers of international players, reserve players with great potential, breaks for injury time, etc. Thus, its functions are updated to exemplify the real world.

Published in 1989, Budokan is a game of martial arts where you can find combat without weapons or Karate , combat with a wooden sword or Kendo < / strong> and also Bo and Nunchaku . Thus, it is characterized by providing a very realistic experience where users can fight against their friends.

It is one of the newest games of that time that consists of ski jumping accompanied by 3D graphics, ensuring a very realistic experience. During the game, you will go through 32 different hills located in Slovenia, England and other countries where this sport is practiced. It allows the participation of 16 players competing for the World Cup.

It is also a ski game, which combines sport with action throughout the experience. There, you must implement several extreme tricks to practice them in five different events. In short, players can perform stunts on large mountains , ski for a ramp, compete with another user, play in a limited time, etc.

This Olympic game developed and released in 1991 by MindSpan focuses on the simulation of competitions of winter games . These types of video games are: skiing, biathlon, ice skating, cross country, etc. In this way, users must find the fastest trajectories and the correct speed to win, in addition to having the utmost skill.