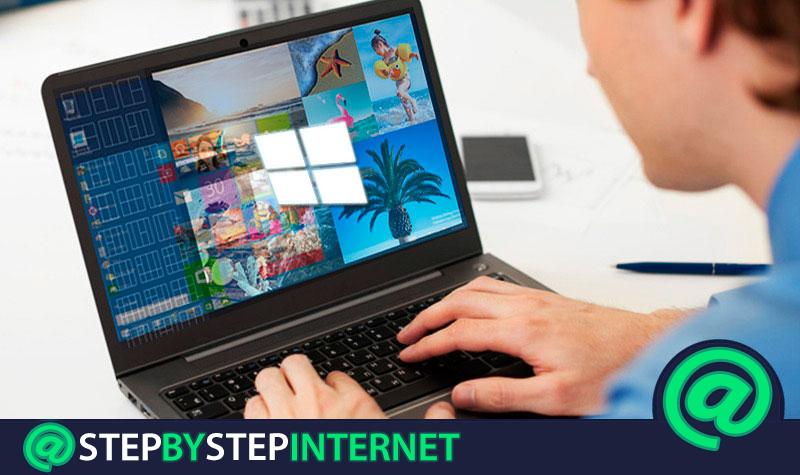 Generally, operating systems come with a variety of native applications that facilitate the execution of basic tasks to users. However, sometimes these are very simple and lack alternatives, which has happened with the Windows photo viewer .

For this reason, currently the OS in question in its version 10, brought with it certain changes of relevance and one of the most important, is the deactivation of said display to give way to an application called “Photos” . But, although the management of photographs on the PC has improved, for many users it is still inefficient.

That is why, it is necessary to know other solutions to see photos in Windows from excellent mechanisms and additionally, to have more tools to see images, organize them and even edit them easily.

What features should the best image viewer have in Windows 10?

Before specifying and detailing some of the best solutions on the market to see photos on Windows, it is valuable to know what are the main features that an image viewer must have that provides quality to its users .

By default, the Windows Photos application is the one used by many users of this operating system, who are truly forced to do so because they do not know more solutions of this type and, therefore, do not have another program or application installed on the computer to manage your photos .

Although it is necessary to highlight that said native Windows application has advantageous features, such as the possibility of editing the photos you view; Many users tend to despise it for the charging time it provides, since this is extremely slow . Therefore, they prefer to look for other alternatives and here, we present 10 of the best you can run in Windows 10 :

For Windows 10, this program has been listed as the best alternative when it comes to image viewers. Therefore, it is one of the most popular third-party solutions that exist in the market, thanks to the fact that it is optimized for excellent performance and, even so, it uses the minimum resources on the hard disk ( only 2 MB ).

As for its main features, this viewer has built-in editing tools and supports OCR , so it manages to “read” text in an image and thus, you can export it to an editable text.

In addition, it supports a remarkable variety of file formats , from the most usual, to raw photo formats of digital cameras and text files. One of its biggest advantages is that it is a very light and easy to use software. Also, supports more than 50 IrfanView plugins . 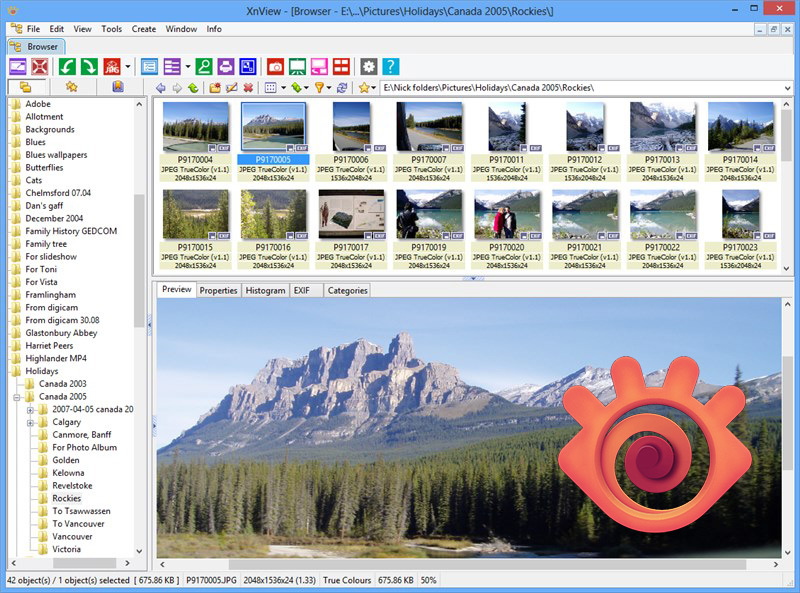 This software compatible with Windows systems and free for private use only, is another of the best solutions for viewing photos on Windows 10 OS. Thus, a robust program with great capacity and that Supports various languages. Taking into account that, for greater advantage, it has an editor and photo organizer.

For its part, XnView supports around 500 image formats and even supports the most popular audio and video formats. In addition, it allows you to edit the amount of images you want with basic tools and varied effects. In addition, this program enables the creation of scripts for basic tasks . 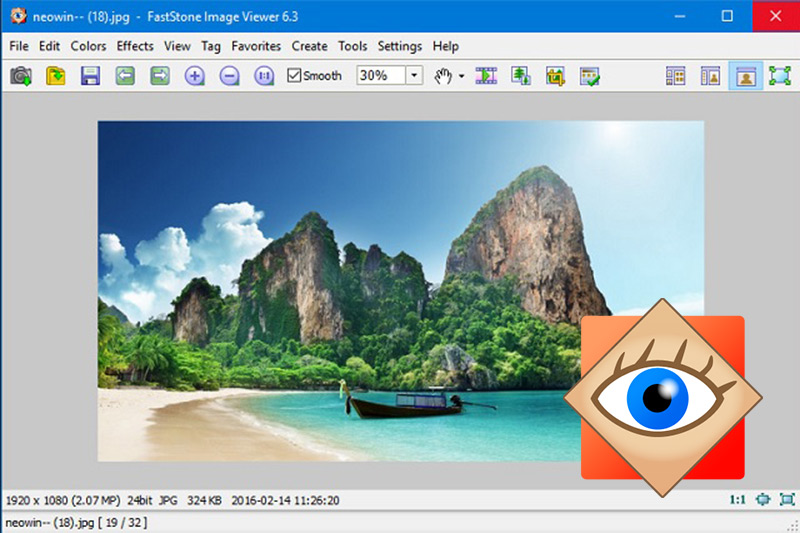 Another of the most popular image viewers for Windows, is FastStone Image Viewer that supports many languages ​​ and luckily, it’s completely free. This program is characterized by having a slide show with many transition effects that look attractive.

Additionally, it is very useful for those who work with a large number of images, since is compatible with the configuration of several monitors . Likewise, the software supports the main graphic formats such as BMP, JPEG, JPEG 2000, animated GIF, PNG, PCX, TIFF, WMF, ICO and TGA and also the RAW formats of the most used digital cameras.

It is worth noting that the program has a compact version that can be copied to a flash drive and this allows the program to work without installation. So you can attach the files to your emails directly. In addition, has batch conversion support and renaming. 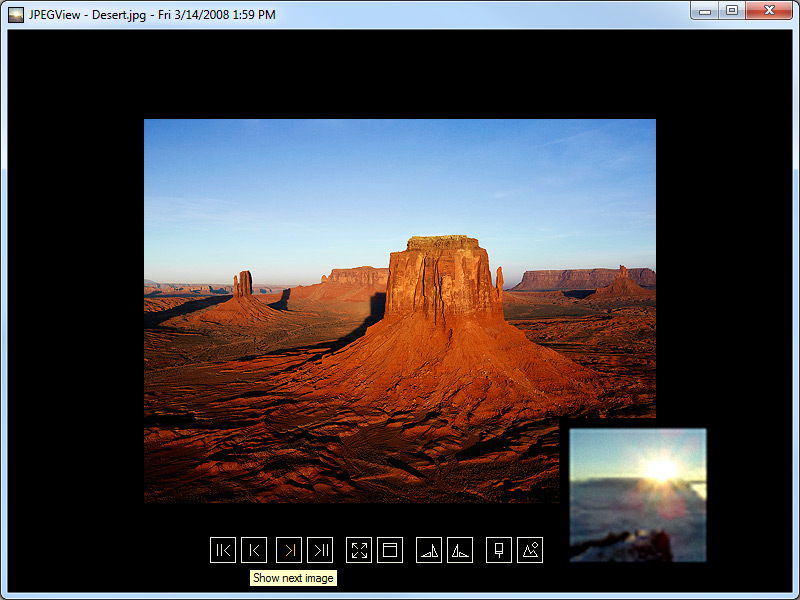 Although it is a simpler solution, it is a good option for Windows users who require a quick viewer and photo editor . Which, has support for various formats such as JPEG, BMP, PNG, GIF and TIFF and in addition to that, it manages to process the images in a very simple way. Taking into account that, allows you to adjust the contrast, sharpness, color balance, etc.

As for its interface, is very clean and its options are based on contextual menus, allowing you to get the most out of it. Among other details, it should be noted that the program has full-screen display functions, autocorrect, renamed mass and EXIF ​​reader. 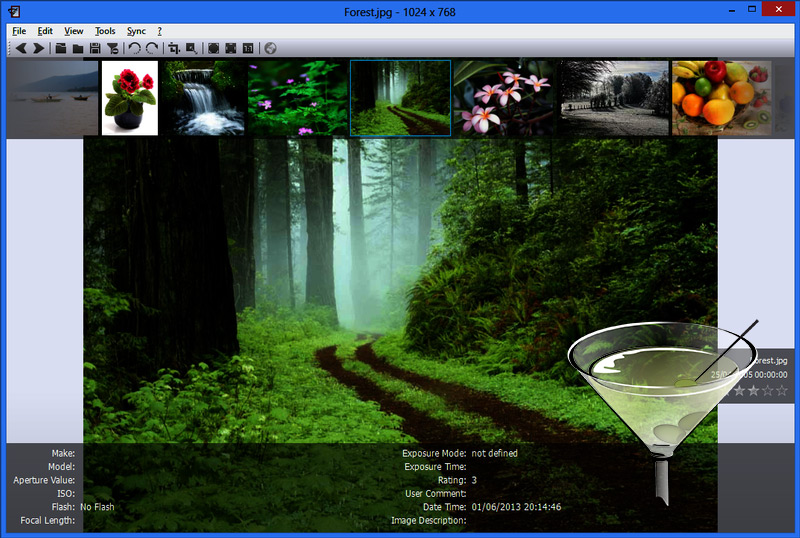 If you are looking for a free open source alternative that works perfectly, Nomacs is the best image viewer for your Windows 10 computer. Thus, this software offers you more than just viewing images and has a feature unique that relies on multi-instance synchronization . Being a tool and / or function that allows you to compare different images through zoom easily.

Among other features, the program allows you to activate the cache and reduce image change times . As if that were not enough, read the images in the ZIP files and also in Microsoft Office documents. Taking into account that it is compatible with the most popular photo formats and includes image editing methods to adjust brightness, modify saturation, range, exposure, contrast, hue, etc. 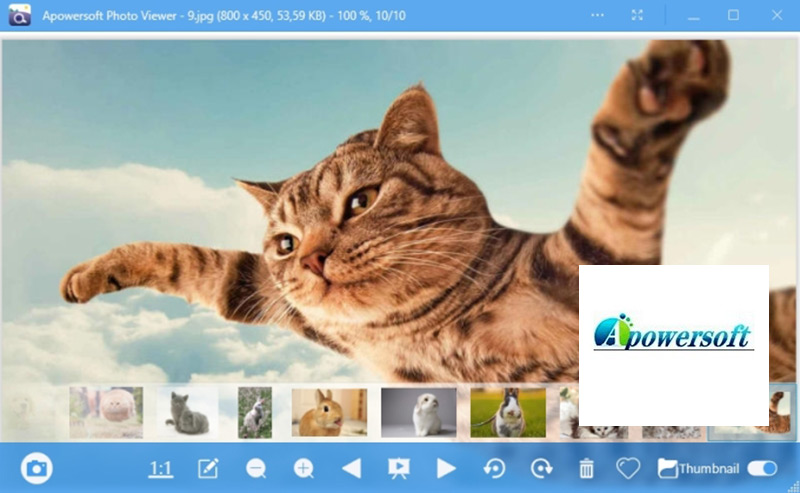 With a very simplified interface and similar to the Photos application of Windows 10, this program is another recommended to view images in that OS. One of its most important features is that it is software that reveals a very fast operation and allows you to open different basic image formats, such as: JPG, BMP, TIFF or PNG and also formats of Professional edition like RAW, PSD and CDR .

For its part, Apowersoft Photo Viewer has the interesting possibility of taking screenshots from the same platform, viewing photos in full screen with just one click, has basic editing tools and in In general, it is highly functional. 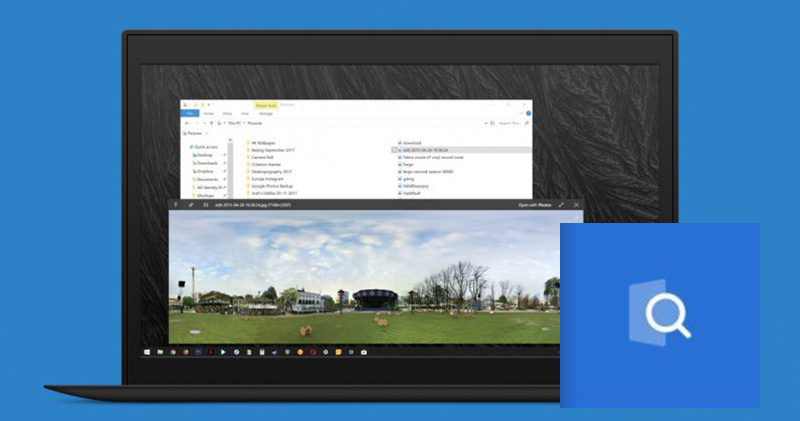 This is a program specially designed for Windows that maintains a MacOS tool called “ Quicklook ” and basically works to preview the contents of a file quickly . In this sense, the software is very simple to operate and can be run silently in the background.

In reference to its interface, it should be noted that it has a smooth load and a completely fast response time , so it is considered as one of the best solutions to see photos on computers with any Windows version It also supports various file formats from images and videos, to text files. 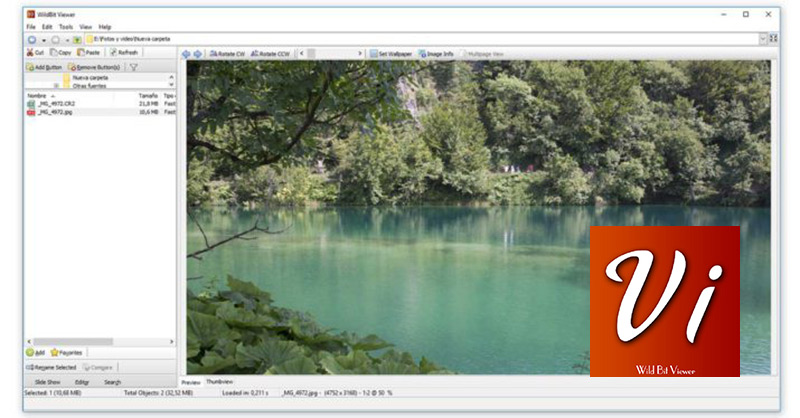 It is a compact and simple application, compatible with Windows, that allows you to easily visualize images and incorporates other very interesting functions. Among these functions, we locate the slide show which basically offers you the possibility to see the photographs in the form of slides.

For its part, WilldBit Viewer adds support for image information with EXIF ​​metadata and also has support for TIFF and IPTC information. Similarly, supports most graphic formats (over 70) and in terms of its interface, it is very simple to handle.

For more details, you can customize the thumbnail views, you can compare images , provides a folder organizer. It also allows you to create slides with more than 172 transition effects. 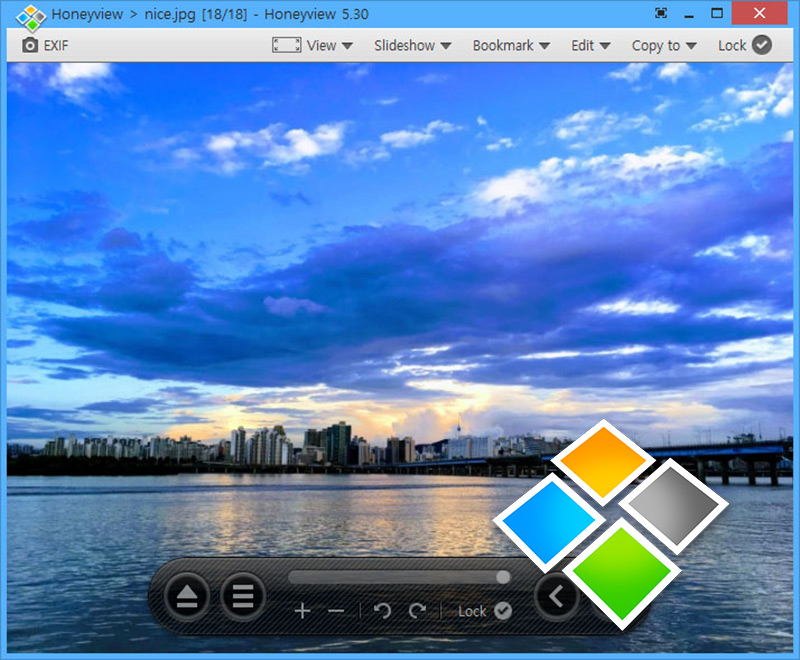 Another effective alternative is this somewhat basic third-party image viewer, but with good features for Windows 10 users. As well as the other options indicated, this program also supports the main file formats > (JPG, PNG, GIF, BMP and PSD) and it’s easy to use.

In addition to this, it allows you to edit images, which can be done by attaching a link to Paint or the renowned Photoshop. Additionally, HoneyView allows you to do basic resizing and rotate images easily. 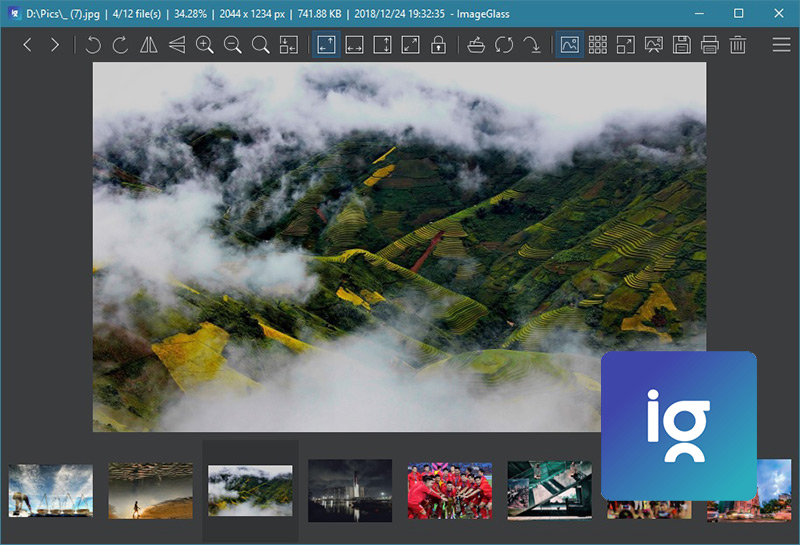 Finally, we recommend this free image viewing software and compatible with Windows 7, 8 and 10 . Which, has a high speed operation, even if it is a fairly light application. In this way, it is considered an ideal way for users who use equipment with low power.

Among its most striking features, we detail that ImageGlass allows you to view photos quickly and similarly, has options to change the orientation of the image, crop, resize and many other basic editing functions . In addition to this, it provides a combination of light and dark colors.