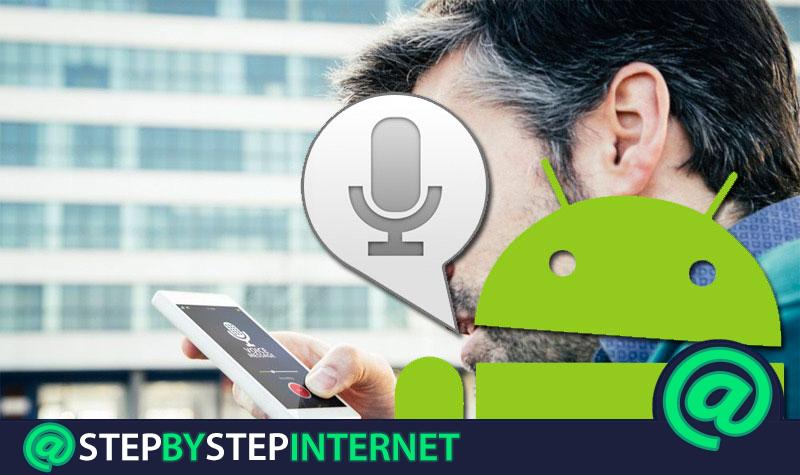 If you have not yet installed a voice recording application on your Android device, you are no longer taking advantage of several of your smartphone’s capabilities . These apps, which of course are intimately linked to the microphone of your mobile, are of great importance on a daily basis. Note that having the possibility of recording many of the calls or video calls, it will not be necessary to be writing down everything or constantly using memory.

While this operating system is equipped with a serial voice recorder with which we can carry out some tasks, this is not very complete , so it does not prevent you from looking for alternatives to improve this mobile capacity. With a tool tailored to your needs and requirements depending on the activity you occupy, it is possible to turn your phone into a true voice and audio recording studio.

If you want to know what are the best voice capture applications for Android , here are our recommendations with the best alternatives for you. This selection includes both totally free versions, as payment options with a greater number of functions and configuration capacity, ie the Pro versions.

List of the best applications to record voice memos on Android

This operating system is a world of possibilities in terms of functions, so it is not surprising that there are so many applications for the same function. As far as audio and voice recording is concerned, without a doubt those on this list are the best. 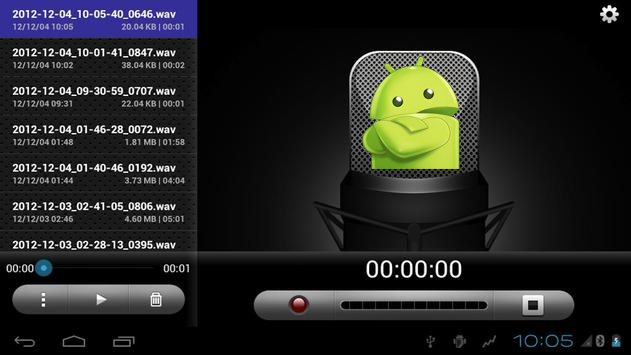 Let’s start our suggestions with eRecorder, a free application very easy to use through its friendly interface . This tool allows you to synchronize recordings in the cloud by sending them to Dropbox or SoundCloud.

This makes it one of the best options to capture voice memos for Android online , being very popular among university students. While it is not possible to configure too many audio options, we can share the recordings via text messages or Whatsapp . It is available on Google Play. 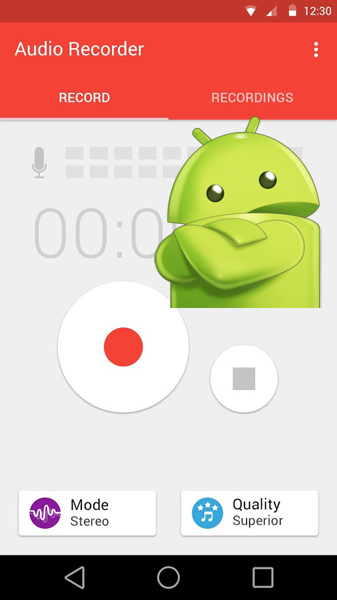 If you do some activity that requires voice recording on a regular basis, you need a powerful tool that is intuitive. In this case, you must include among your options this Sony payment application for Android .

Audio Recorder offers you access to recording, pause and editing functions by applying sound filters through a simple, clean and intuitive interface . Version 2.01.41 is the most updated, although it is developed for the STM10 microphone, you can use it on most Android terminals. You can download it on their link page.

Available on Google Play, Call Recorder has had good acceptance among Android users. It comes in both free and paid version, being perhaps the main difference between the two that the first contains advertising.

With this application it is possible to configure the source according to your convenience so that it is through a microphone, a voice call, and even a video camera, recording any call and selecting the ones you want to save. In other words, choose the ones that are saved and the ones that are ignored. To make things better, its integration with Google Drive (available for Android 3.0 or higher) allows you to sync or save to the cloud. 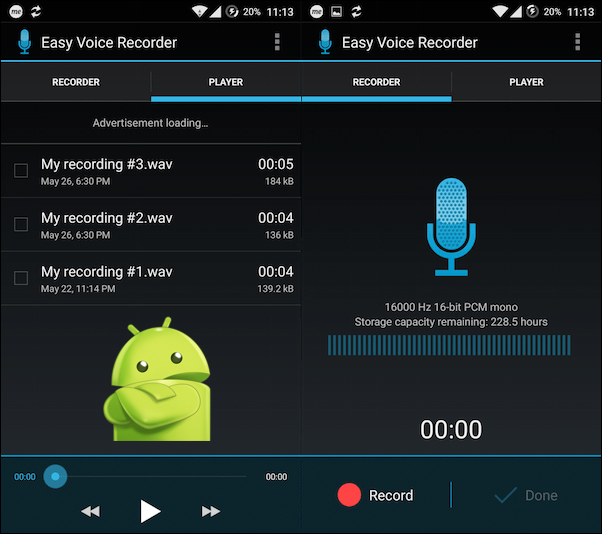 The Easy Voice Rercorder application has been designed for Android users who are looking for simplicity and comfort, being one of the most easily used when using it. Among its features, it is worth noting that you can rename files directly from the application .

Likewise, please leave your agency in which format we want to save the recordings because of quality or space. If you save in PCM or ACC format, you get high quality, while the AMR format allows you to save space. The possibility of using a Bluetooth microphone is also highly appreciated. 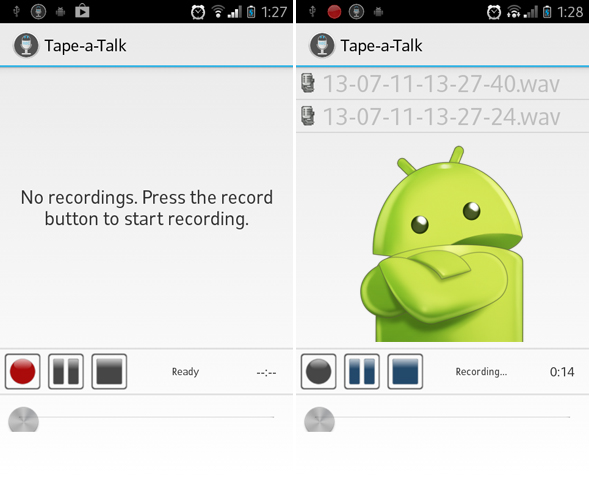 Tape-a-talk is a free application available on Google Play , which allows you to do many things easily. Many have been surprised by the capabilities it offers for storing capture files in different formats, which we must add to its sharing function to send the recordings or upload them to Dropbox.

In addition, has the ability to record voice memos, voice memos or audio even when the screen is off . It draws a lot of attention for its modern design interface, which allows you to carry out a large number of functions in an easy way, such as sharing recordings via email. 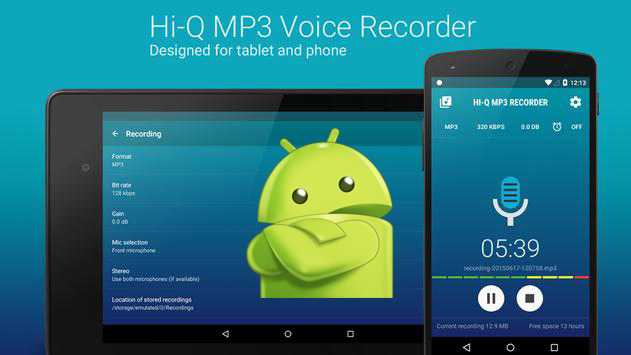 This application, available in both free and paid version, is really a powerful tool. Hi-Q Voice Recorder is highly recommended for those who need to record classes, without missing any details. This is coupled with the great audio quality that can be achieved with the app.

When recording in MP3 format, the sound files become compatible with practically everything, the same as sharing it with other users to be heard literally wherever. Also noteworthy is its support for widgest , which makes it possible to choose the microphone you want to use, support for Wi-Fi and other advances. If you get the paid version, you will see the capabilities expand. Does not support recording phone calls. 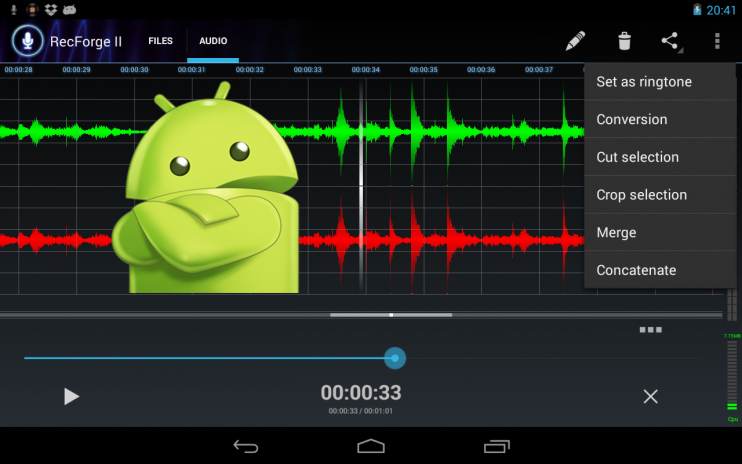 Always present in the lists of voice recording application options for Android smartphones, the RecForge II application is completely free. It’s s ideal for those who need to make longer recordings than usual and its large number of functions make it one of the most powerful apps . Among its features we can mention functions such as tone control, time control, gain control and others.

Its versatility makes it appropriate for many activities such as recording music, business conferences, university and many others, always having the possibility of using the built-in editor so that the recordings are to your liking. It allows you to memorize techniques through the playback loop. It’s great. 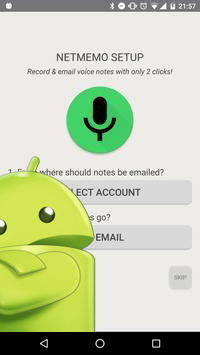 The netMemo Voice Recorder application for recording and saving sounds for Android allows you to record short voice messages and send them to your email or your related ones. By being able to record in Wav format you get quality assurance. You can do the same thing in OGG format, so you can achieve a higher file compression rate than in MP3.

To access your voice notes from anywhere, the app allows you to upload them directly to Dropbox . As an extra in its two Plus versions, you can configure the application to send the recordings to several email accounts simultaneously just by changing the color of the icon and that of the application. 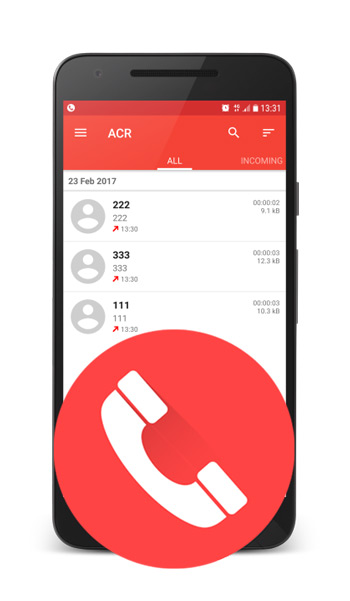 Available in free version as well as for payment, the application to record audio and voice notes for Antroid ACR devices, is ideal for users who want to have everything well organized. This app, available on Google Play, allows you to record all calls in different formats such as OGG, WAV, MP4 or 3GP .

Of course, the functions of the application do not stay there, since its design is designed to make everything easier. You just have to press a button to start recording and do it again to end it. In addition to searching for what was recorded by date, she removes the oldest ones by herself. In the paid version you can choose between manual or automatic recording and record the data in Dopbox or Google Drive . 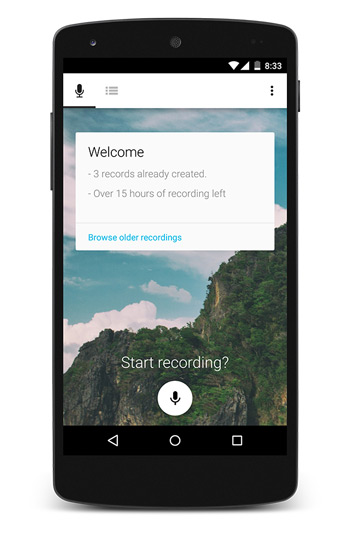 There is no doubt that Skyro is one of the best apps to edit and record sounds for Android. The first thing you’ll notice once you install it is the elegant design of its interface. Unlike others, the free version is free of advertisements and without any limitation.

You can record and capture images simultaneously, a very useful feature to keep a synchronized record when you are receiving classes where slides are used as part of the presentation. It also supports tags, among a long list of functions. In the paid version you have different themes to change the look, besides being able to use a Bluetooth microphone . Enter skyroapp for more information. 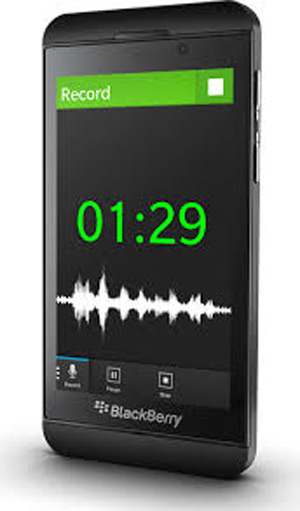 If you have an Android 4.4 or higher terminal, you have the possibility to install the Parrot Voice Recorder application, an all-in-one voice recorder that gives you many features such as record, play and share voice recordings with just three presses on the screen You can select both the sample rate and the bit rate .

For those who record outdoors, the app has a noise reduction function and an interesting echo filter. The automatic pause function detects the spaces of silence and suppresses them. These and other features make it very useful for commercial use, without neglecting that its simple interface makes it available to all users. 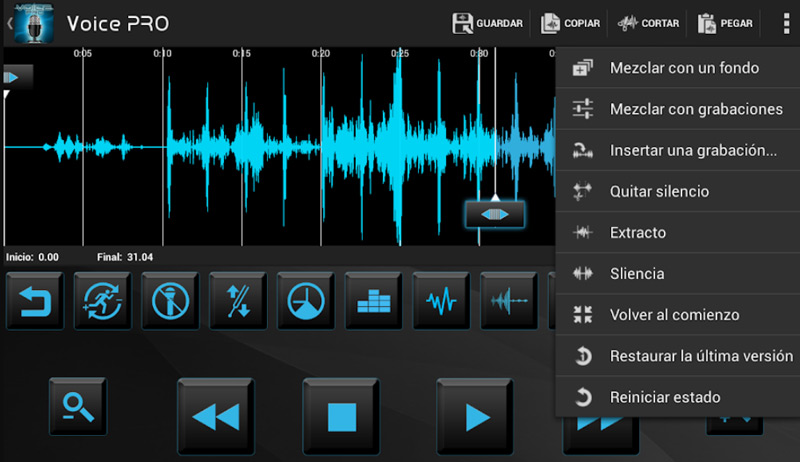 When comparisons are made, Voice PRO is usually in the lead among all applications for voice recording in the Google Play Store. It could not be otherwise, because from the moment you install it to your terminal you begin to notice its incalculable potential, starting with the possibility of converting all voice records into text in more than 40 languages ​​ . With this app you can in more than 100 formats.

Actually, and without exaggerated spirit of sin, with Voice PRO you can do everything that goes through your mind on audio recording and editing . It is, neither more nor less, than an authentic audio station with a truly exceptional quality designed as a solution that meets the expectations of the most demanding users. When you buy this application, you have the possibility to increase its functions through purchases within the same app, so you will always be updated.