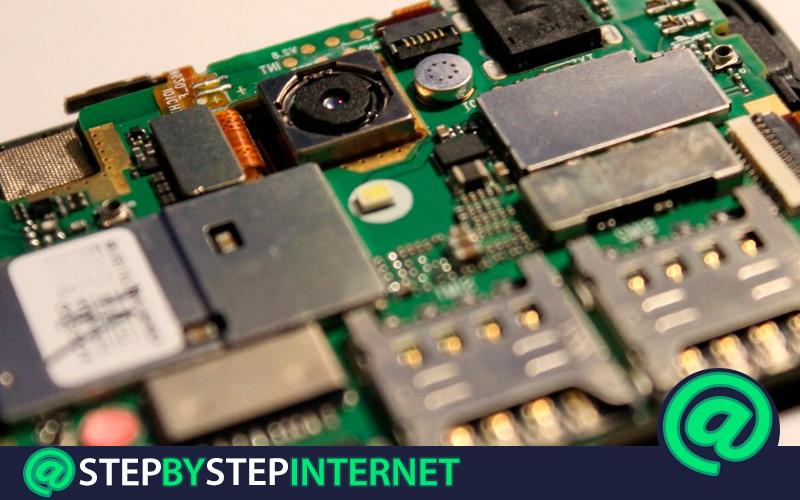 Xbox is one of the most important brands of desktop consoles of the world and the main competition of PlayStation. The company responsible for its development is Microsoft. Among its most important titles are Halo, Stars Wars, and many others.

Because of this it is among the most popular consoles. Many developers have been interested in emulating it to be used on mobiles. At first, these apps were available to be downloaded from the official Android store. But due to copyright issues what is involved have mostly disappeared.

Fortunately there are other types of applications unofficial that allow us to still use these games from the Smartphone. To know how you can do it, continue with this post.

What are the features that my Android must have to play Xbox One games on it?

As you will notice, once you choose your emulator, no site tells you what the minimum requirements should be that your mobile has to fulfill to be able to use this type of software. As no direct emulator exists For these devices, since much more powerful hardware is needed to do so, the only way to play games on this console would be through the cloud or from Streaming on our network.

List of the best Xbox One emulators for your Android smartphone

If you want to demand a little on the phone we will leave you a list with the best options to play Xbox titles from your Android. Keep in mind that for copyright and other rights reasons, the official store usually removes these apps. However, it is possible to download and install its version apk. For this you need to enable the acceptance of unknown files in the system.

You will achieve this by following these steps: 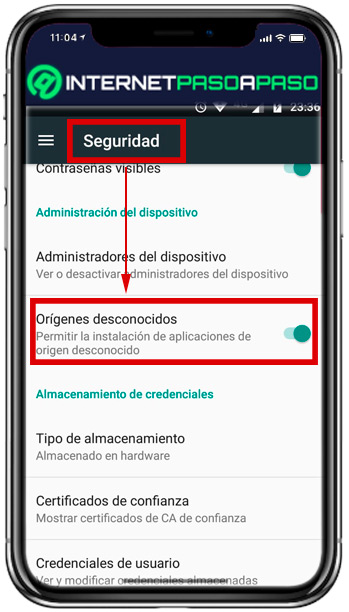 This action will allow installation of non-Play Store applications. When performing this action, you should be careful with the apps they install, as it leaves a vulnerable front on your phone.

However, other apps will ask you to perform these steps, but it is not necessary to be able to run any of these apps that we provide:

This you will find it inside the Play Store. It is an application that use streaming as a mediator between the game and the mobile, so the requirements of the system can be more flexible. Above all, significant speed and continuous stability of the Internet are required. It is free, although you can only use it during 30 minutes a day. If this time is not enough for you, you have the option of paying a membership.

It is an official Microsoft application that allows the user to stay connected to their Xbox consoles from their mobile device. It allows you to keep in touch with your friends, share clips and screenshots. In addition, it gives you the possibility to play the games that you have downloaded to your console through your iPhone.

The application is compatible with Xbox One and Xbox Series X systems. However, since the first offers backward compatibility, it is possible to download official Xbox 360 games to play them from your mobile.

5 Legendary Xbox One Games To Try Your New Android Emulator 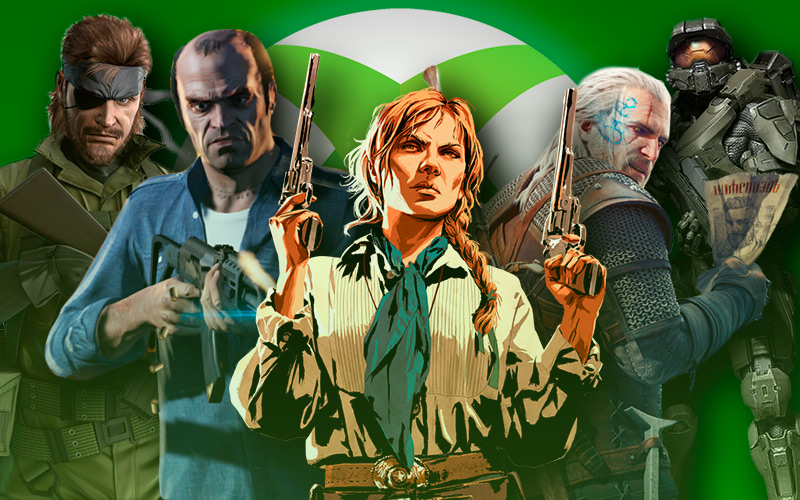 The time has come for download the games. We recommend that you have an important free space in your internal memory, which are not light at all. Phones, as they do not have a CD or DVD input, cannot run directly on this support. Each of them contains a different game. You may find them easily through the Google search engine.

On these sites you will find, for example, the following games:

A classic of all platforms. Developed by Rockstar Games, it significantly improves the graphics and game mechanics compared to its predecessors. This time we will get into the shoes of Michael, Franklin and Trevor. That’s right, in the best RPG style we have several protagonists. Which will live epic feats in the city of “The Saints”.

An adventure and action title inspired by the stealth and military espionage. In it, the protagonist Punished “Venom” Snake will infiltrate the intervention of the USSR in Afghanistan in the year 84.

It is the sequel to the game released in 2010 and like its predecessors, takes place in the far and wild west. Here we will put ourselves in the shoes of a gunman named Arthur Morgan who is an outlaw of justice. If you like objects secrets, collectibles and hidden missions it is a great option for you.

Were you obsessed with Geralt’s story after playing the previous installments? Or maybe you want to know more about his adventures after watching his series on Netflix? Then don’t waste any more time and enter the fantastic world full of monsters. Become the most powerful hunter sorcerer in the skin of the protagonist.

Being its totality of such spectacular deliveries, no we recommend you one fate the whole saga. They are exclusive to Microsoft Studios. So that you will not find it on other platforms. In this game we will enter a intergalactic war what faces men and aliens. This franchise has been considered by many experts as the best shooting in first person for desktop consoles.